For a far-future warzone, it feels pretty tame

The upcoming Disintegration is often compared to Destiny, and from a visual perspective, I do see it.

But after playing through the closed technical beta that just kicked off today, the comparisons really stop there. 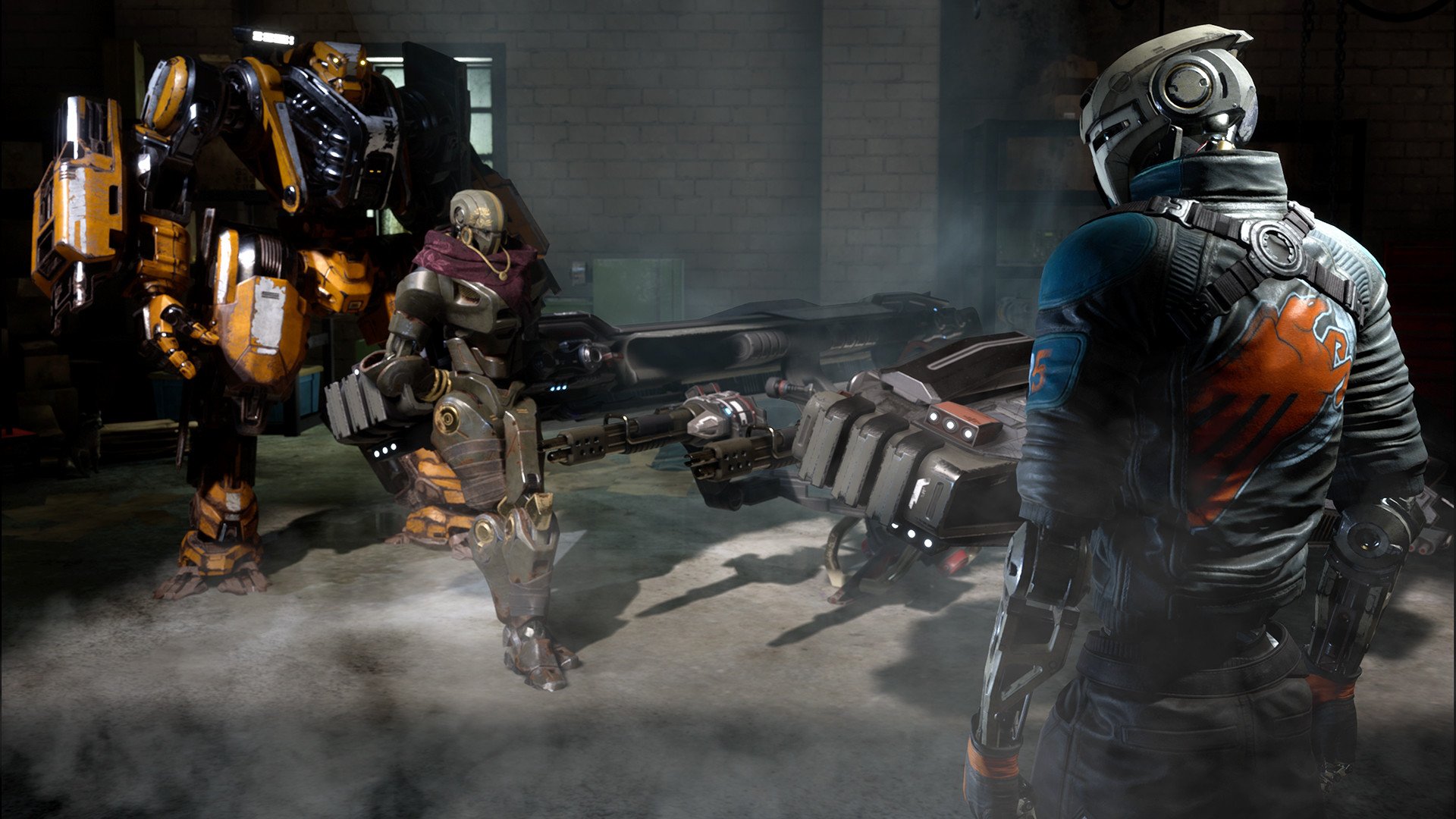 Disintegration‘s big conceit is that you serve as a vehicle-driving overlord for a small task force of AI troops; among other real players who are doing the same thing. Utilizing a “grav cycle,” you’ll freely fly over battlefields consisting of other ally and enemy cycles, and a number of ground troops that double as your retinue. In addition to direct control over the cycle itself, you can order your crew to attack, move, or trigger their special abilities (like direct missile launches or support type stuff such as slowing fields).

Cycles can rise or descend freely (as long as there’s solid ground beneath them) and have access to primary and secondary weapon systems (one example: a machine-gun-laden flier with an EMP weapon). That’s basically it. You fly around in your tin can and blow stuff up while you micro-manage your AI units to do the same and keep them out of harm’s way. It sounds cool in theory right? Well, for this RTS/FPS hybrid fan, anyway. After playing it I immediately got flashes of Battlezone and the lesser-known Urban Assault — and a subgenre that once thrived in the late ’90s and early 2000s as technology advanced to the point where projects like those could actually get off the ground.

The problem is that Disintegration also feels like a game from that era: at least in its current beta state. The grav cycles don’t really have any weight to them, from a mechanical and aesthetic standpoint. Flying through the air is concise enough, but these grav cycles should be a much bigger deal with more panache in play. I don’t get the sense that anything is at stake, or why this world matters compared to all of the other sci-fi shooter worlds — especially from an audio standpoint. The “small army” feel, though: I’m into it, and there is a small thrill in ordering units around while you try to manage your own affairs in an FPS setting.

So far in the beta we have access to two multiplayer modes: retrieval (deliver a payload in offensive and defensive-based rounds, swapping at the end) and zone control (classic “control the point” domination). They’re…fine? Most people have experience with these old-school modes at this point, which works to an extent, but might bother those of you who are looking for more (one more mode is promised for launch called collector, which sounds a lot like Call of Duty‘s kill confirmed). You can also try out the game’s different factions (called crews), all of which sport different weapon loadouts, abilities, paint jobs, and AI designs.

I think this is where developer V1 Interactive (who has former Halo co-creators at the helm) really struts its stuff, as the crews are pretty out-there and wacky. There’s a Mad Max-like crew called “the Warhedz,” a well-rounded gang that looks like a collective of The Joker rejects, and a full-on medieval Knight crew with broadswords that focuses on defense: I love it. This is also seemingly where the cosmetic element will come into play (it’s all vague right now, but loot boxes are out at this time), with different skins available.

The technical beta is currently only showing off the multiplayer component, but the campaign is really where my interest lies. As we all know online games live and die by their community, which is a concern all on its own, but the concept of a pointed standalone action-packed campaign could steer the game in a more jam-packed direction that plays to its strengths (like the goofy factions). We’ll have to wait and see.

Disintegration is currently aiming for a release window in 2020 sometime within Take-Two’s next fiscal year, which begins on April 1, 2020. The closed portion of the technical beta is live now for those of you who were invited, and will run through 11:59PM PT on January 29. After that you’ll be able to partake in the open technical beta, which will run from January 31 through February 1 on PC, PS4, and Xbox One.

If you’re dying to see what the fuss is about, give it a few rounds: you might enjoy it. I’m still somewhat hopeful some of it will be cleaned up by then, because the high-concept baked-in RTS element is something we need more of in this current hero shooter climate.

[These impressions are based on a technical beta code provided by the publisher.]