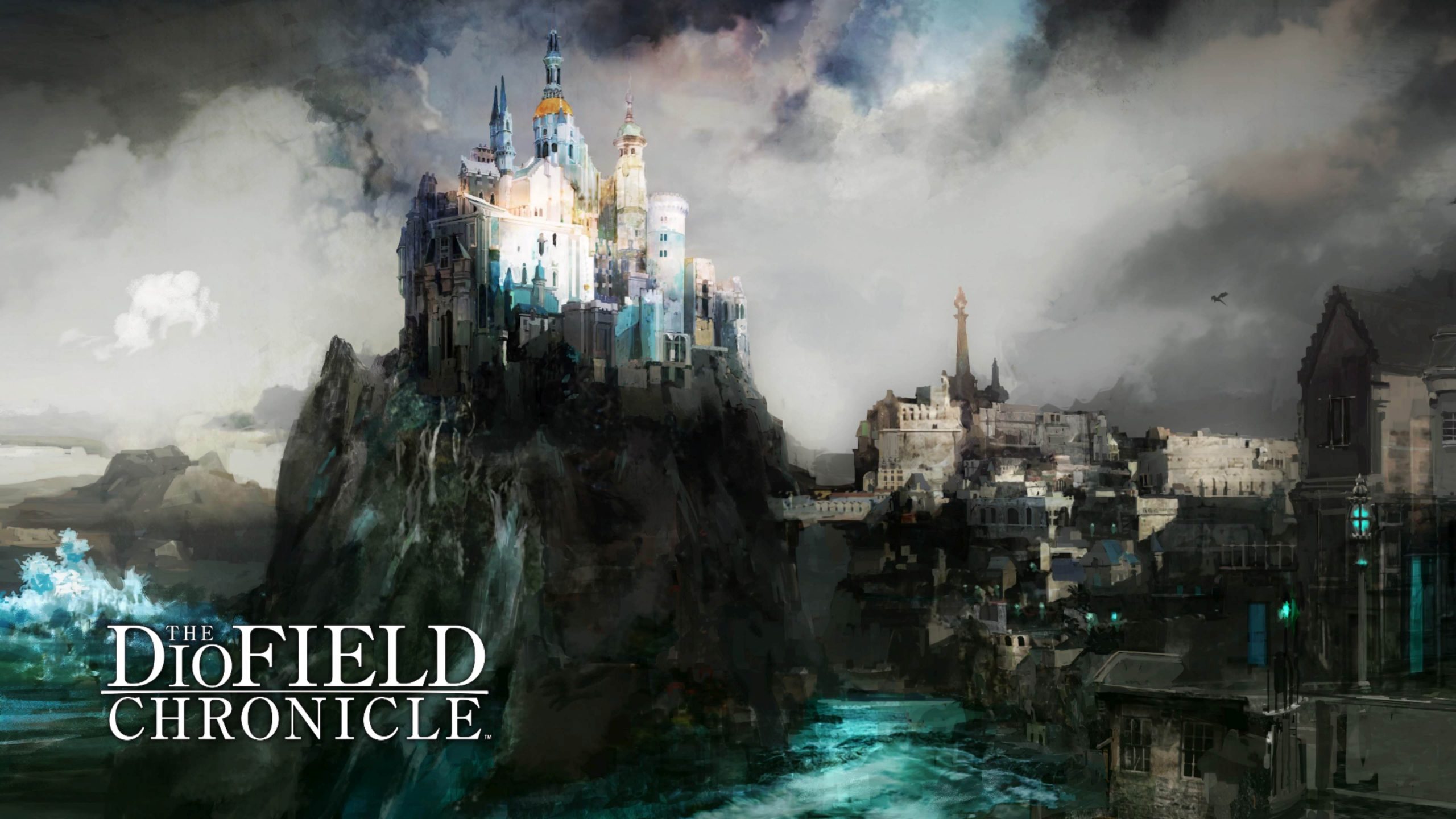 With just about a month until it launches, The DioField Chronicle will join a growing list of tactics games launching this year. If you’ve played the demo already though, you’ll know DioField stands out in a few ways: its art, its design, and the way it utilizes real-time strategy on the field.

We had a chance to chat with the developers behind The DioField Chronicle, to learn more about why they went this direction. The team did anticipate a few strategy RPGs to be coming out close to this game. And according to producer Shigeyuki Hirata, the plan was for DioField to stand out.

“We wanted to ensure that the title that we would be developing would be able to differentiate and kind of stand out within the pack,” said Hirata via translator. “So that it doesn’t, you know, get buried within all those other titles.”

The DioField Chronicle team wanted to ensure that it fit within both the real-time strategy and simulation RPG framework. This would, in turn, create a new SRPG.

A history of war

And it certainly helps the game stand out. In our preview, I wrote about how even in a year with games like Triangle Strategy already out and Tactics Ogre Reborn on the horizon, The DioField Chronicle manages to feel fresh and interesting thanks to how different it handles.

It’s particularly notable because, when asked about inspirations, Lancarse development director and battle designer Fukui Hirofumi cites some classics. He says the team referred back to games like the Ogre Battle series, as well as Fire Emblem and Front Mission, as reference points. But when it comes to the real-time aspects, they looked elsewhere.

“But as far as real-time elements go, we would refer to [League of Legends] or Diablo for more action-based references, essentially,” said Fukui. “But we did want to ensure that it still felt like an SRPG game, with additional real-time elements tacked on and added to this SRPG game.” 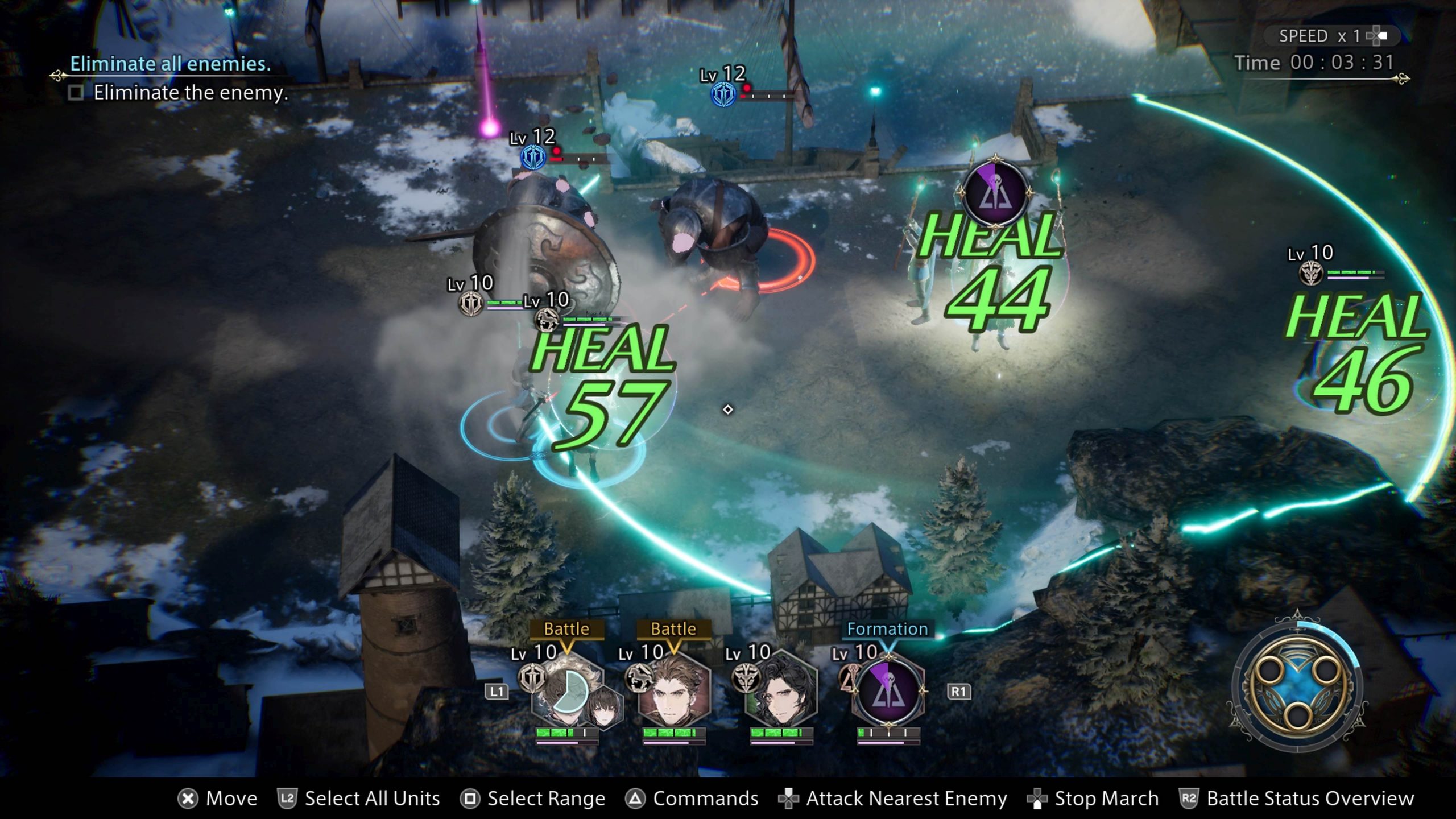 The result is an RPG that feels like both a real-time strategy affair and a traditional tactics game. Players bounce between battles and the home base, developing their tools out of battle and then bringing them in to ensure victory.

Even while the game is built on core pillars of infantry, cavalry, ranged units, and mages, the team wanted to ensure a level of customization. Andrias, for example, is an infantry unit that has trained well in assassination and subterfuge. He’s very skilled at doing single-target damage and back-stabbing opponents.

Contrast this with Izelair, who’s a bit more of a vanguard leading the charge, and units can vary even under the same umbrella. The DioField team wanted to include additional elements that extended customization beyond just the four archetypes. 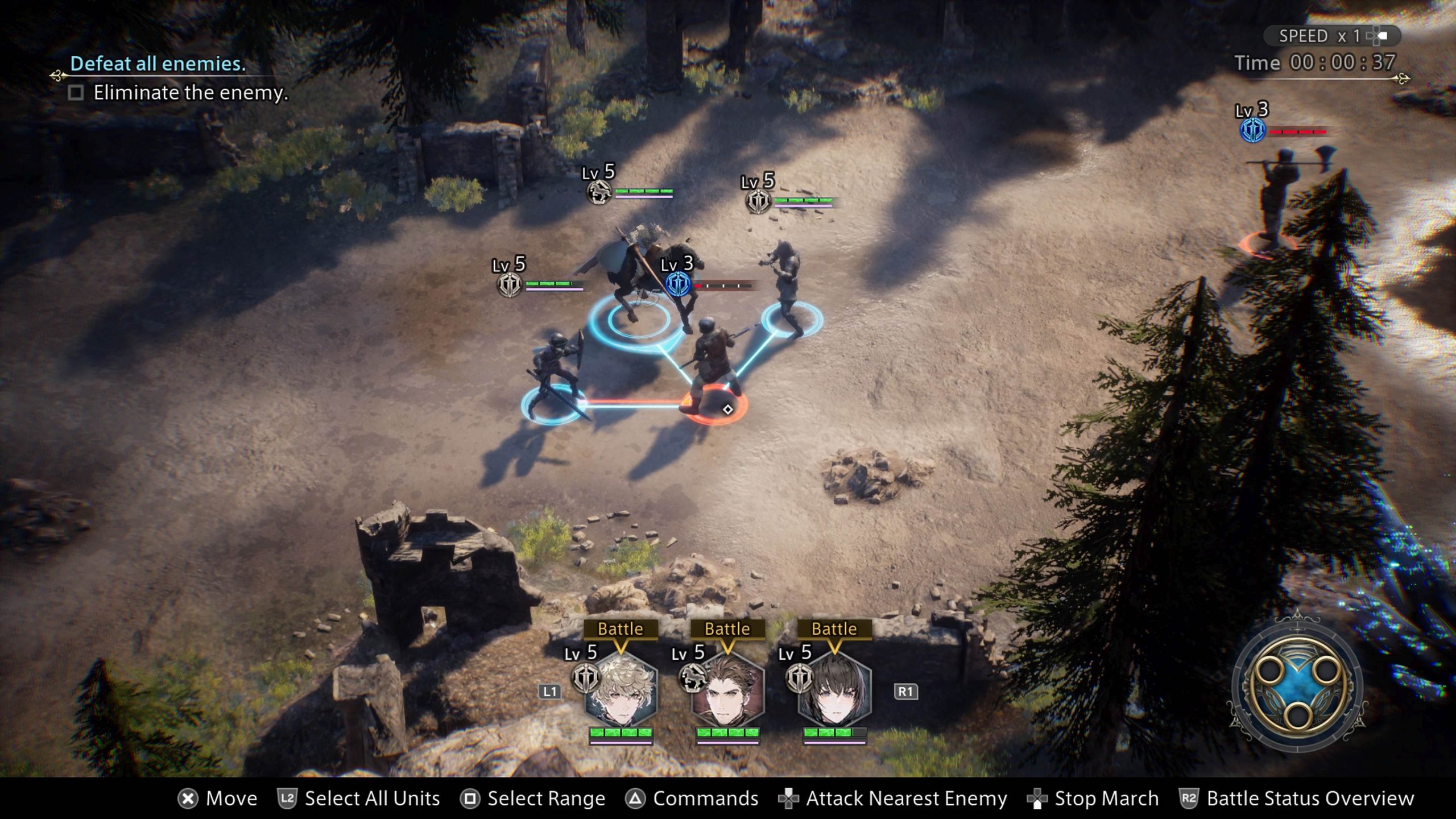 Managing all those abilities in real time might seem tough, but that’s where the pause comes in. Real-time strategy games have had mixed success in issuing commands and deploying orders through a controller. The team incorporated a pause, when issuing certain abilities or commands, that gives the player a little time to line everything up right.

Summons add an additional layer too, with them acting as essentially trump cards. Game and art director Kumagai Takahiro says the summons can be seen as an homage to all other Square Enix SRPGs, though the initial inspiration was Ogre Battle.

The world of The DioField Chronicle stands out a fair bit too. It mixes magic with technology, with science and sorcery playing hand-in-hand. Some mages can call down a rain of fire, but there are also holograms that pop up at the war table as the mercs plan their next move.

“In general, we didn’t want to just limit it to kind of medieval inspirations,” said Hirata. “Rather, we were kind of more interested in pulling from more of, like, the Industrial Revolution phases, essentially.”

This mix of tech and magic makes for a really interesting look, like League of Legends‘ Piltover with a heavy dose of Ivalice. This extends out from the home base to the battlefield, as Takahiro says the team wanted to ensure that the history and culture could be felt through the environments seen in the game. 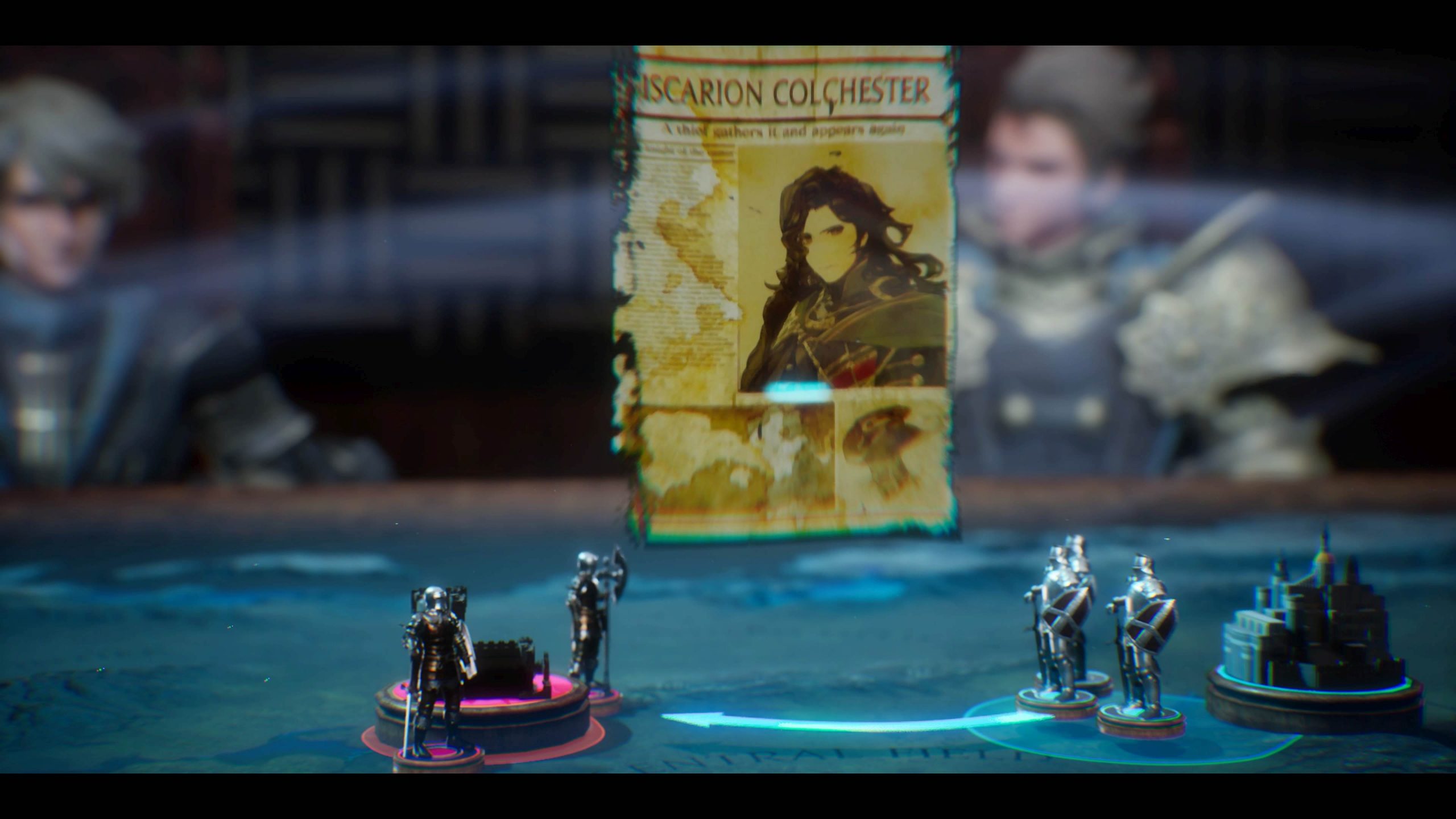 The diorama-style view, mixing 3D graphics with a top-down style and pull-backs that feel very Ogre Battle, also made it easier to command troops on the field.

All of it comes together to make a strategy RPG that certainly feels different from the rest. It’s a new world for Square Enix and Lancarse to explore, but one thing seems for certain: it won’t be like the rest you’ve played.

The DioField Chronicle launches on September 22 for PC, PlayStation, Xbox, and Switch.