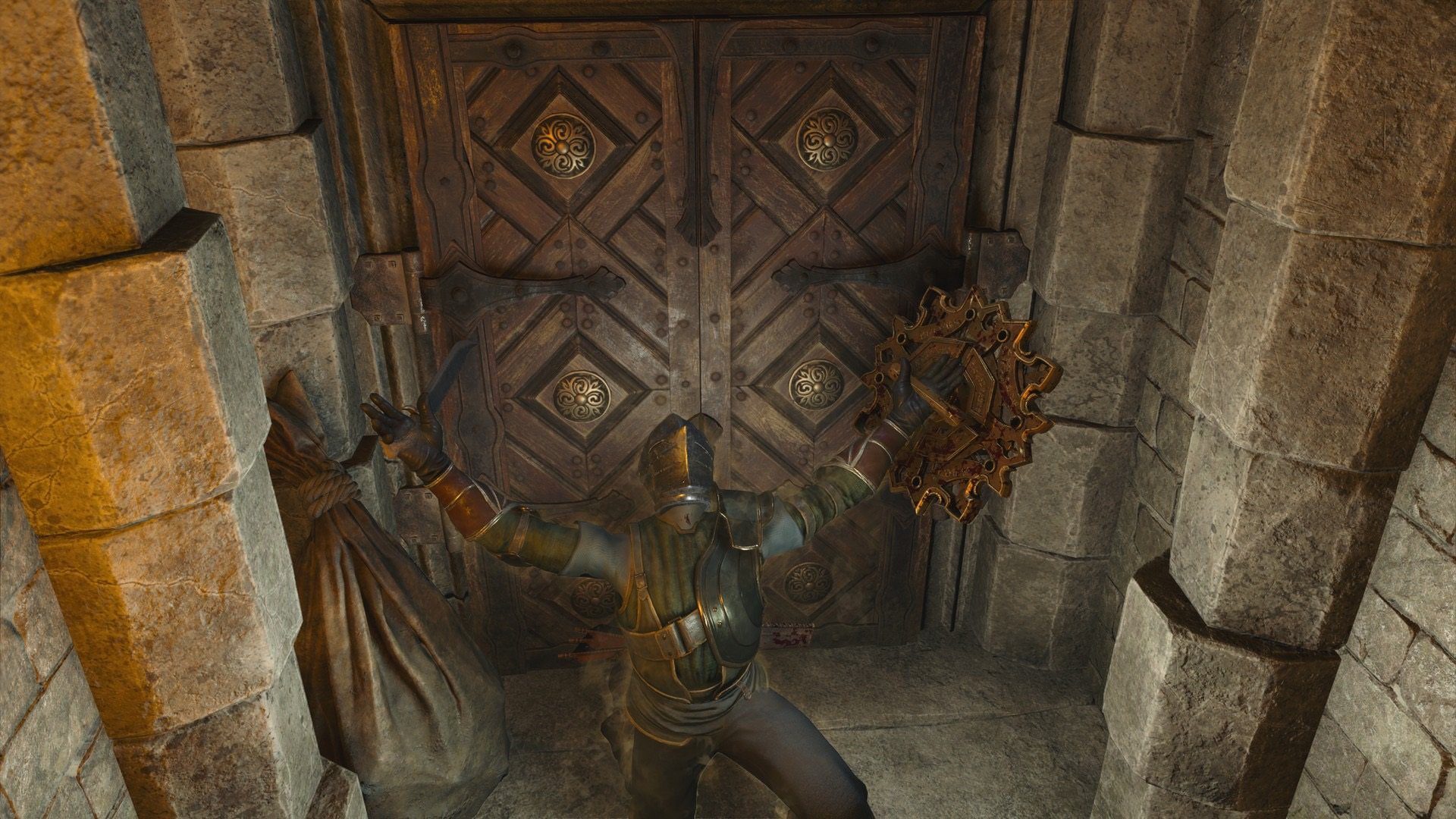 Did you catch that developer Bluepoint Games added in a new door to the Demon’s Souls PS5 remake?

It’s a pretty wild left field move that’s for sure, and ever since the game was released, I’ve been messing around alongside of the community, trying to get it to open. I’ve tried a bunch of different things: wearing various outfits, attempting it on a NG+ run, slinging spells at it. Nothing has worked so far.

If you’re giving it a go too, there’s some things you should probably know. Here’s a recap.

Community member SnooHabits6731 has compiled an amazing Reddit post of everything that’s been attempted since the discovery of the door. That includes smacking the door with all sorts of weapons and wearing basically every major armor set in the game as a sort of “key” for opening it. You can find a full list of everything from the thread below, so you can create your own checklist. It’s kind of important! You wouldn’t want to spend hours testing out theories that have already been disproven.

While all of the options aren’t nearly exhausted yet (for instance, some insane number of NG+++++ runs), the community is offering a “cash prize” bounty on the Reddit Discord server for the game. Want in on the action? You can find an invite link here: head into the channel #the-mysterious-door.

As for me, I’ll still be testing things that aren’t on this list while I mull over the tease from Bluepoint for the hundredth time. That header image? That’s me, praying for mercy that all of this isn’t for a piece of grass.

Every ring in the game even new ones

I have hit the door with every unique weapon in the game.

I have cast every spell in the game at the door

I have tried to fall in (I think) every gravity spot in 1-3 attempted to abuse every staircase I could to manipulate myself in a way to get to said area or any areas outside the zone we know of, to no avail. After 3 hours on this I can say it’s most likely not gravity related IMO

Got to the door without dying on new character

Got to the door dying pure black and white tendency

first tried Ostrava then biorr. (I will not bring Doran please don’t ask)

Used every emote for 60 seconds in front of door then interacted with it.

Attempted using and dropping 79 gold coins in front of door and having them in inventory when interacting with door to no avail.

Interacted with door while all polar tendency in all worlds fractured ng+ and ng, and normal mode ng+ no death characters, before and after allant death.( this was such a pain to do)

So many variables with tendency involved now. Like woah.

Done all sl 1 variable tests for ng, ng+ of fractured and normal mode, pure white and black polar tendencies, deathless(pure black on all worlds is impossible to achieve deathless) also character tendancy tested pre and post allant on all variables.

Explored the crown statues throughout the level for a few hours no interaction of note.

Used bows to hit out of bounds bricks and structures that may be some kind of switch. After about 9 hours we ran out of things to hit with a bow. No changes