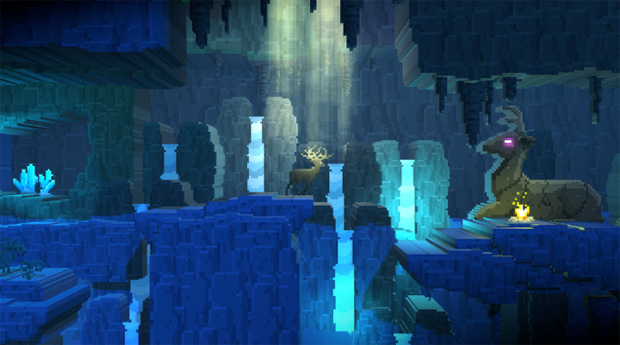 ‘Dear God: we paid for all this stuff ourselves, so thanks for nothing’

Did you get your pledge in for The Deer God? I didn’t, because these days I try to severely limit the number of projects I back on Kickstarter, but damn did it look neat — visually and conceptually.

Crescent Moon Games ended up nearly doubling the $26,000 in funding needed for its survival platformer, meaning the stretch goals for Wii U, Xbox One, and Ouya versions were met. God Mode — which lets you mess around in the world as you please, “set things on fire,” etc. — plus two new powers and statues are also now planned for The Deer God.

Shame this one didn’t bring in enough money for 3DS, PS4, or PS Vita ports, which were also listed as possibilities. Maybe later, if the initial Steam launch in January goes well? That’d be lovely.