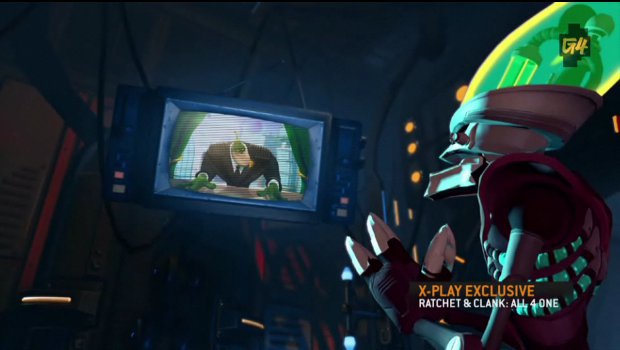 I can’t think of too many party-oriented games that feature anything resembling a cohesive story. Super Smash Bros. Brawl comes to mind with the Subspace Emissary campaign, but that wasn’t really much of a party. I also seem to recall Viewtiful Joe: Red Hot Rumble attempting it. Probably not best to speak further on that note.

Leave it to Insomniac to craft a story trailer for such a game that actually compels me to want to know more. This new trailer for Ratchet & Clank: All 4 One does just that, as Dr. Nefarious’ plans for galactic domination go horribly awry. The punchy dialog never hurt anyone either. It’s really too bad that I almost never have anybody to play these games with as this looks like fun.