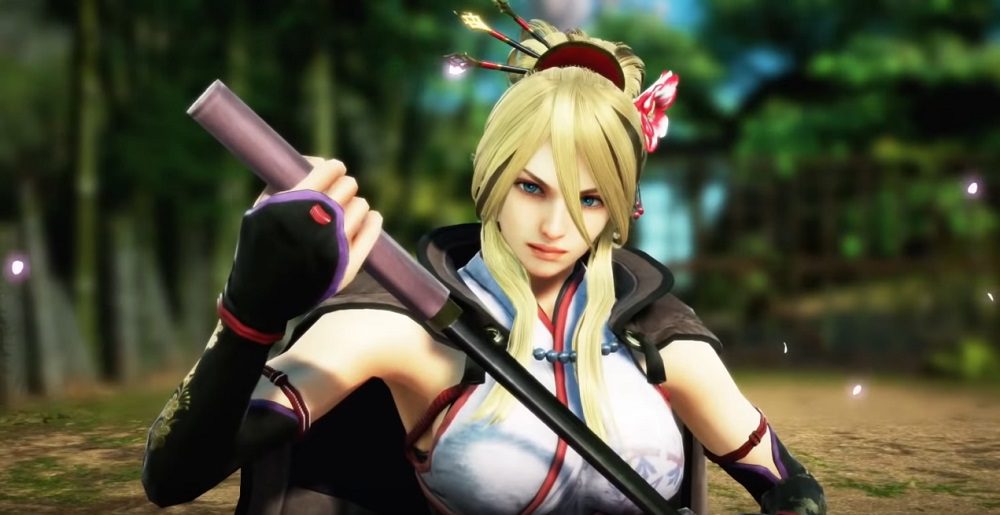 Another blood-spiller is sharpening their blade and preparing to make their vengeful return in Bandai Namco’s Soulcalibur VI. As revealed during this morning’s Japan Fighting Game Publisher Roundtable event, Setsuka is making her long-awaited return to the steel-clashing franchise, as the third character of Season Pass 2.

Originally debuting in 2005’s Soulcalibur III, Setsuka is an unassuming but deadly swordswoman, originally offering the appearance of a courtesan in order to track the legendary samurai Mitsurugi, whom she holds personally responsible for the death of her mentor, Kokonoe. Able to pass through towns and countryside as a demure, beautiful woman, the ever-alert Setsuka is able to take her foes with sudden surprise, unsheathing her blade from her parasol and making short, violent work of any would-be opponents.

The Setsuka DLC launches August 4 and also includes the new Murakumo Shrine Grounds stage, a new Groh episode, and custom costume parts that will allow players to create Tekken antagonist Heihachi Mishima. The DLC will arrive alongside the Version 2.20 update, bringing a new run of balance changes and bug fixes to Soulcalibur VI and its noble roster of fighters.

Soulcalibur VI is available now on PS4, PC, and Xbox One.