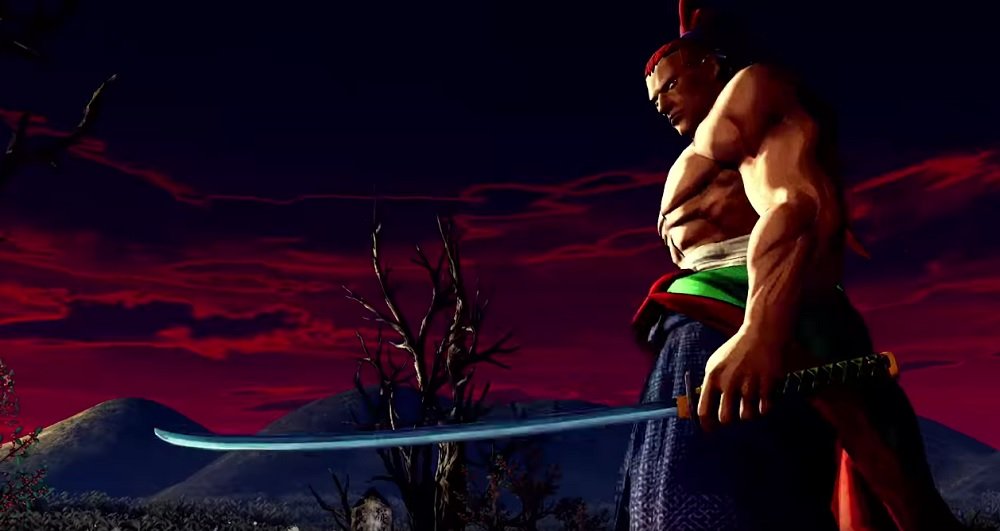 SNK has released another character trailer focusing on one of the stoic warriors returning to the ring in their upcoming Samurai Shodown. This week, it is the turn of scarred samurai Genjuro Kibagami, a man with quite a tale.

Debuting in the excellent Samurai Shodown II, Genjuro is an incredibly dangerous – even psychopathic – mercenary who kills for the pleasure of killing. After murdering his prostitute mother after he was scarred for life while defending her honour, Genjuro now serves as a wandering assassin-for-hire, and longtime rival of series protagonist Haohmaru.

In battle, Genjuro favours slow and deliberate strikes, carving up his opponent with devastating, rhythmic blows. Fueled by contempt and a complete lack of remorse, Genjuro is one of Samurai Shodown’s most feared roster members.

Samurai Shodown launches June 25 for PS4 and Xbox One. PC and Nintendo Switch ports will follow this Winter. Fans who pick up the game before June 30 will be rewarded with the Season Pass free-of-charge.