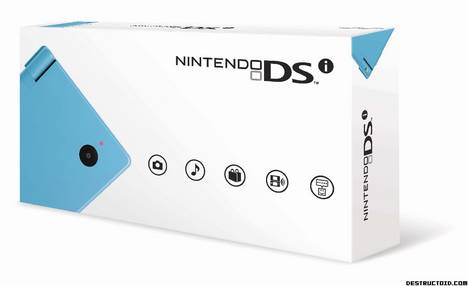 The DSi is hitting the U.S. on April 5, just two days after my birthday! Like Colette though, I have no desire to pick one up. I love the DS Lite and all of the extra features of the DSi just don’t appeal to me. How about you? Planning on getting one?

Jonthan talked to the creators of Meat Boy, go vote for the official Podtoid graphic in the Forums, Dead Space Extraction looks promising, the console wars are over, and plenty more happened on 02/18/09.

Forum of the Day: Vote for the official Podtoid graphic

That sound is us squealing: Rhythm Heaven dated for April 5

MadWorld producer says a sequel could be in our future

Inafune spills some Dead Rising 2 beans: Clock-mechanic is back

Rock Band is the new karaoke: Harrah’s casino’s to get game stages

Is streaming-only pricing on Netflix’s horizon?

ESRB rates Punch Out!! for Wii, description sounds like … Punch Out!!

PC version of Braid gets price drop before it’s even released, now $14.99

Flower: Separating the Men from the Boys

MadWorld has mad preorder swag if you live in the UK

Pokemon Platinum preorder will net you a Giratina figure

Metal Gear Online getting a new expansion, Vamp and Raiden will be playable