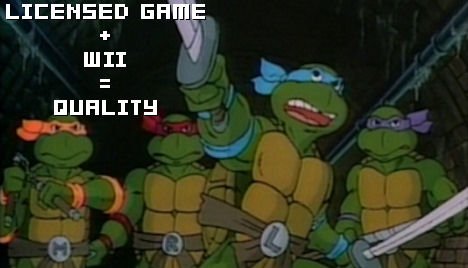 Like Jim, I got excited hearing about a new TMNT game until I saw that it’s going to be for the Wii. There is a chance for it though, since the game will have former developers from Team Ninja and Super Smash Bros. Brawl working on it.

Events:
Gabe and Tycho will appear at New York Comic Con as guests of honor

Rumortoid:
Prince of Persia PC to be DRM free

Offbeat:
Rare wishes everyone Seasons Greetings
Japanese RPG is all about the ‘buttole’