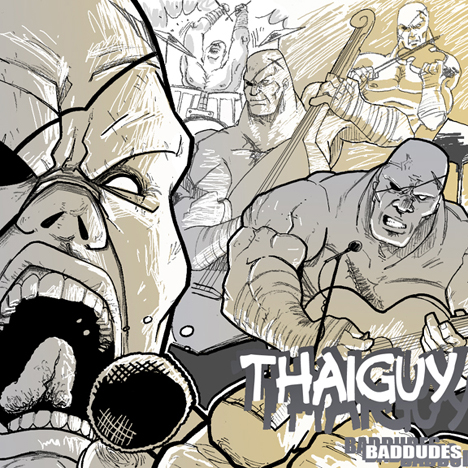 I’ve been doing nothing but playing catch up all day today since I was gone for an entire week for PAX. I went over 352 C Blogs and have only scratched the surface with all the front page posts. Thank The Robot for these recaps. Lucky for me, Dale North’s brought up the awesome Thai Guy tribute album that has kept me sane as I went through all of the stuff I’ve missed. It’s ten remixes of the same damn song and each one is made of win. Plus it’s all free!

A Castle Crashers fix is coming, GTA helps save a family, new Halo 3 achievements are possibly coming, the Xbox 360 gets a price drop, and plenty more happened on Wednesday.

TGS 08:
Sexy 2D Wii sidescroller shall be on show at TGS
Who’s got the most to show at Tokyo?

Galleries:
Prinny-themed action game coming to the PSP? I am so there, ‘dood’
Nun with chainsaw confirmed: Is this first new TimeSplitters artwork?
SCEA reveals PS3 headset for North America, firmware update to go with it