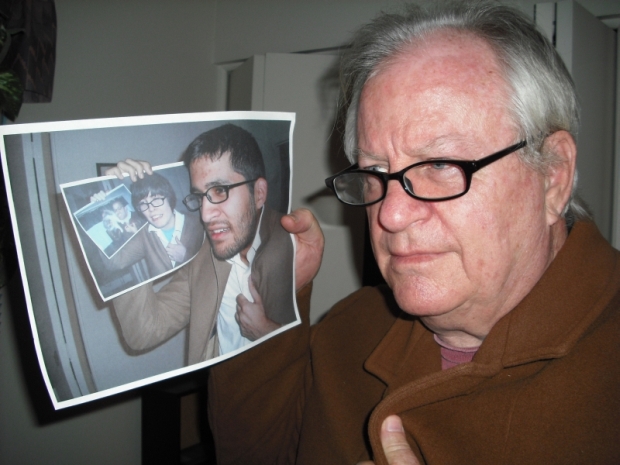 Today, Destructoid paid homage to Harry Mason’s new look in Silent Hill: Shattered Memories. The majority of the staff gave their take on Harry Mason and the results were pretty hilarious. But that’s not enough! We want to see your pose as well! Take a picture and leave a comment on the original post so we can show Konami just how much we love the new look of Silent Hill!

Destructoid got its own PlayXPert skin, the Walkman is destroying videogames for Sony, Jim checked out X-Men Origins: Wolverine, the DSi does well in the UK, Bungie showed off parts of the new Mythic Map Pack and plenty more happened on 04/07/09.

Destructoid gets its own PlayXPert skin

For those about to die: A tribute to videogame Nazis

How the Walkman is destroying videogames for Sony

Game Debate to the Death! Phoenix Wright VS Professor Layton

Those About to Die: Metroids

Sony to flood the world with PlayStation trinkets

RE:5 ‘Versus Mode’ unavailable in Germany, possibly blocked

DSi has ridiculously successful debut in the UK

Molyneux: A game will have the greatest story ever told

Wait, WTF is this about a Shadow of the Colossus movie?

Could Close Range be the funniest faux FPS ever?

Check out these Fate of Atlantis screens from Staff of Kings

Play as Ben Stiller in Majesco’s Battle of the Smithsonian

Batman’s so sneaky in this ‘Predator’ walkthrough video

Prince Fielder announced as cover athlete for The BIGS 2