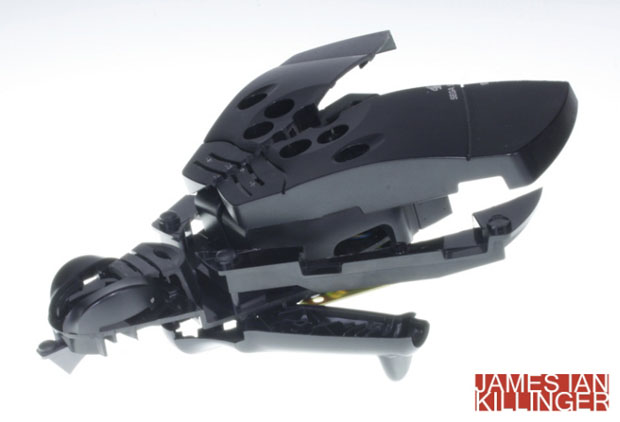 See that robo bug? IT was made out of a Sega Saturn flight joystick! Pretty awesome mod. I kind of want this to be a fad sparker and see more of this kind of stuff.

Nick talked it up with Miyamoto, Modern Warfare 2 gets a price hike on the PC, Fist of the North Star will be huge, Pachter talks about the future motion controllers, the CryENGINE 3 is looking really good and more happened on 10/15/09.

The Memory Card .71: The rotating room

‘Immersion’ is a nonsense buzzword

Forum of the day: Character development…overrated?

Insomniac crazy, opening its doors to you animals

God of War III demo coming, but only for a select few

Koei Tecmo thinks Fist of the North Star will be huge

Taiko no Tatsujin Wii gets a sequel next month

Huh? DJ Hero and NASCAR together at last

GameStop is safe from digital until 2017, says analyst

Steam gets its own pre-order bonus for Dragon Age

Fist of the North Star planned for worldwide release

Destineer has some Christmas minigames gift for you