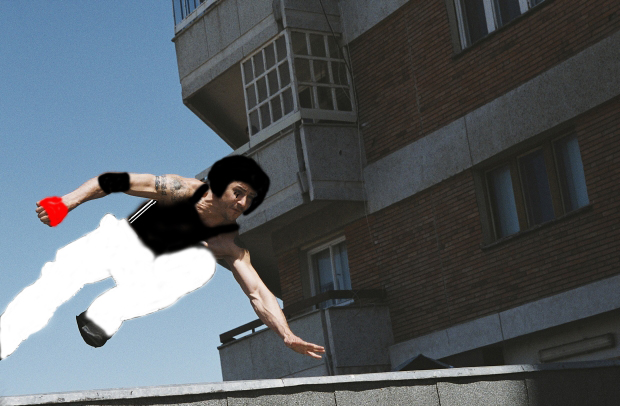 Today, Anthony revealed his game called Runner that he made with the assistance of Ashley Davis and Jonathan Holmes. It’s a quick little download and won’t take too much time out of your day so go give it a try. As for the main image, I’m just reusing it again because only two people commented on how awesome it was and that’s nowhere near enough comments to satisfy my disgusting ego.

The Podcastle records tomorrow, we tell you this thing

Runner, a game made by Dtoid staff members, is now playable

Interview: Titmouse Games is a bunch of psychopaths

Ban this SICK FILTH: Games that have upset me

Those About to Die: The Bosses of the Metal Gear Series

And the winner of the My DoItAll contest is …

More Sega classics may be coming to XBLA

Sony ‘captured the hardcore’ with PS3, not with Pokeball

Street Fighter IV PC release date to be announced in May

Hindu Society pissed about PS2 game, asks it be pulled

Skype is possible on the DSi, get ready to toss your phones

Salvation for the lost: GPS on your DS Lite?

Stalin vs. Martians pushed back, but don’t stop dancing

Check out Harley Quinn in this Batman: Arkham Asylum trailer

Boxers will have style in Fight Night Round 4, act surprised

Ghostbusters: The Video Game looks hot on the Wii