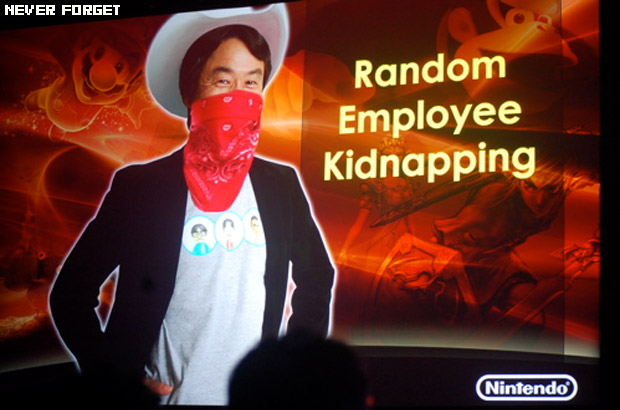 We took a look at our most anticipated games of E3 2010. Man, if we’re this pumped for the already announced games, imagine how giddy your loyal Destructoid staff will become once the true surprises start rolling in.

Some more rad-looking Pokemon were revealed, issues of Playboy continued to invade our beloved videogames, Dale totally wore a hat in the name of Persona, Hamza got in a bar fight, and more happened on 6/11/10.

E3 10: Our most anticipated games of the show

Forum of the day: The Horror Thread

Rumor: 3DS specifics plus a mock-up

E3 10: This Comic Jumper trailer does not disappoint

E3 10: Shank is looking as smooth as ever

Wallace and Gromit on their merry way to iPad

Collect Playboy in Dead Rising 2, and why not?

EA reveals Spare Parts, it has cute robots in it

Free App of the Day: Watermelon!

Here’s another batch of Pokemon from Black/White

PS3 and PC will get MW2’s ‘Resurgence Pack’ in July

Arguably the best Viewtiful Joe papercraft ever made

Kane and Lynch’s Kane drunk dials us, has wrong number

Necromachina is from the creator of Strider

Here’s your first look at XCOM