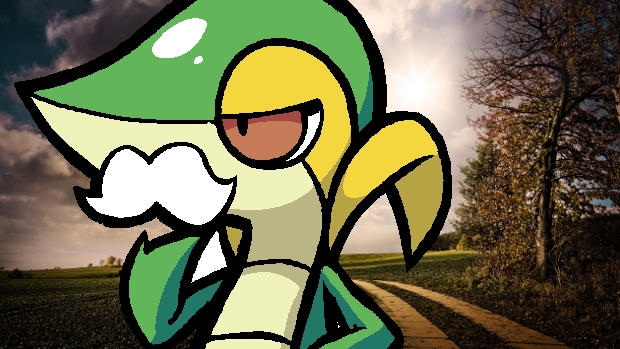 I was chatting with Dtoider Hkun (and others) one night when he brought up the ”SOON.” Magikarp picture. That got me thinking. On a good day, I feel like a level 19 Magikarp with about one fifth of the experience bar filled. More often, however, I feel like a level 11 Magikarp, entirely too cognizant of the soul-crushing reality of life. This awareness, however, does allow me to warmly embrace pedantry and philosophize, which is the basis for my newly established goal of becoming the greatest Poke-Philosopher that ever was. There’s little money in the field and I doubt I will be seen as an equal in the field of general philosophy. However, my first axiom is one that aptly pertains to this path. Remember, there are no rare candies on the path of life. Each experience point is a self-contained journey, and invaluable.

Today, Jim’s reviews of Bodycount and Crimson Alliance went live, along with a preview for a Metroid-style iOS game, Sophie Prell delivered another remarkably divisive editorial — this time on the current state and the future of the 360 with respect to the Japanese market, Square Enix delivered some troubling updates on Dragon Quest X, and more!

Bison bison shirt now on sale at the Dtoid store!

The cosplay homestretch from Dragon*Con 2011, day 4

Before the pokédex, there was the Pokémon Field Guide

Richard Garriott open to working with EA on more Ultima

Dragon Quest X must be played online, will have usage fee

Act 1 of Suda 51’s Sdatcher has been released

Shadows of the Damned’s damn good soundtrack for sale

Modern Warfare 3: Yet another multiplayer trailer

Tour of From Software shows where Dark Souls was born

Oniken is an old-school mashup of NES action favorites

Catch some exclusive Grasshopper news on Call of Podcast

Don’t forget about SkyDrift, out this week