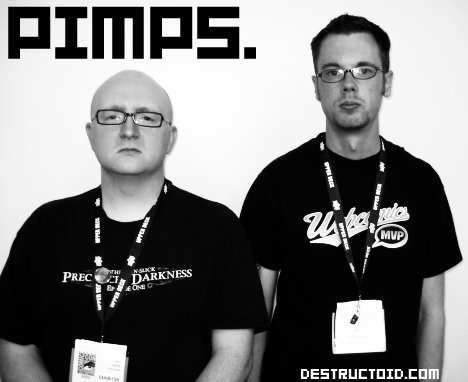 For those of you that I get to talk to on a daily basis within the community, you know that I’m probably the most excited for PAX out of everyone that’s going. I’ve been dickisly teasing people for a while now about something really cool that Destructoid is trying to do at PAX. Niero finally revealed it in his liveblog of the Penny Arcade panel earlier that we should be having a Destructoid Panel at PAX. First one to ask us how many wolves must die gets cocktapped by Keener. That’s a good thing.

Comic-Con 08 Liveblogs:
Liveblogging Capcom’s “How to get a job in the industry” panel
Liveblogging the Penny Arcade panel