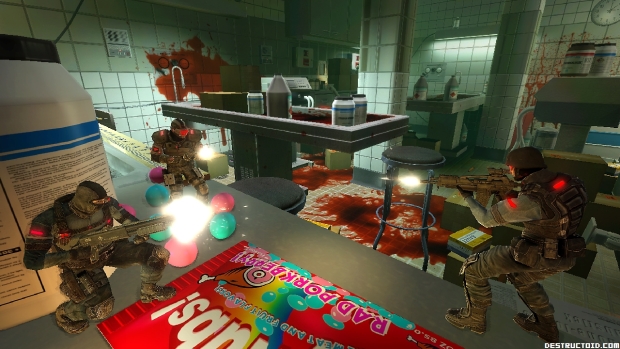 Did you guys see the new trailer for F.E.A.R. 2’s Toy Soldier map pack? It’s the best videogame trailer of 2009. Seriously, go check it out. DO IT NOW!

Fourm of the day: Vote for Wardrox for Xbox gamer of the month

Those About to Die: You, sir or madam

Contest: Wear a tight shirt, win a copy of The Wheelman!

GameCrazy thinks Lost Planet 2 is coming to PS3, should you?

NPD: Gamers to maintain or increase gaming purchases in 2009

Videogames invented wrestling, use it to kill child

Pre-order The Beatles: Rock Band, get into special club

Pre-order Stalin vs. Martians, save a few bucks

Day of the Tentacle shoes: coolest fashion on earth?

Infernal: Hell’s Vengeance headed to Xbox 360 all soon like

Knights in the Knightmare: peek at the pre-order bonus book

Hellion: Mystery of the Inquisition gets site and screens

The BIGS 2 screenshots, we have them

New R.U.S.E. trailer will have RTS fans all hot and bothered