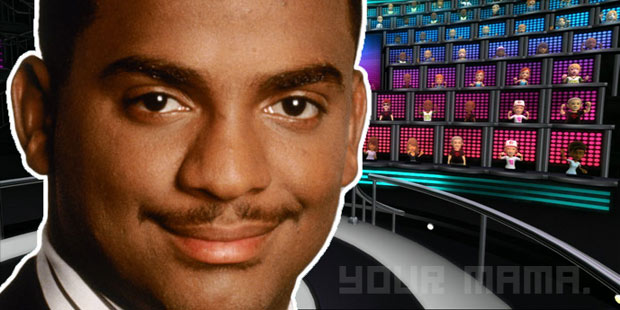 Carlton, ladies and gentlemen. That’s what I’m talkin’ about.

Hamza’s still off looking at moose, so you’re stuck with me again. But that’s okay, because I talked to Jim earlier, who’s finally gotten to play Raskulls, and he tells me it’s a great deal of fun. That’s good to hear. Keep an eye out for more on that this week.

Chad shed a manly tear over Mother 3, Ben gave us a look at some hot Monster Hunter action, Niero’s showing some college kids how to be awesome like him, I listened to the same Judy and Mary album for six solid hours, and a dog played Tony Hawk: Ride. Doesn’t get much better than that, at least not on 11/19/09.

Join Destructoid at the University of Miami’s Launchpad

DSi LL got a big ol’ butt, spotted in the wild

Wait, what? Only 23% of Demigod buyers tried multiplayer?

The BioShock 2 Special Edition is packed full of goodies

Halfbrick: Sony’s impressing everyone with PS3 and PSP

Saboteur ‘sent out to die,’ Pandemic closure was ‘right’

Kid reports parents to cops after they take his Xbox

Dog gets and plays Tony Hawk: Ride before we do

This what No More Heroes looks like on Xbox 360

Mortal Kombat fighters like you’ve never seen them before