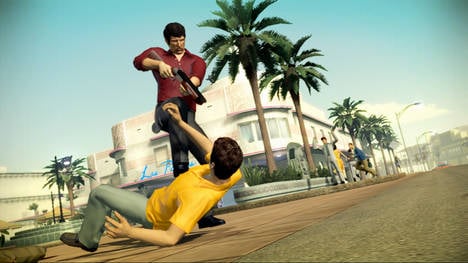 Thanks to my homeboys Samit Sarkar and Dale North for covering the Hotness this past week. I have been bouncing back and forth to the Bay Area for the last two weeks to see a bunch of games. You saw some of the previews today, and there will be an avalanche of previews coming next week from yours truly. Also, as a blogger, it is my duty to hype the hell out of Henry Hatsworth in the Puzzling Adventure. It’s going to be a sleeper hit and I just know people are going to completely miss it unless it gets the attention it deserves.

Chad checks out the annual I Am 8-Bit show in L.A., Brad N hits up Gen Con, July’s NPD numbers are in, Akuma is revealed in Street Fighter IV, we have a Soulcalibur IV panty gallery, and plenty more happened on Friday.