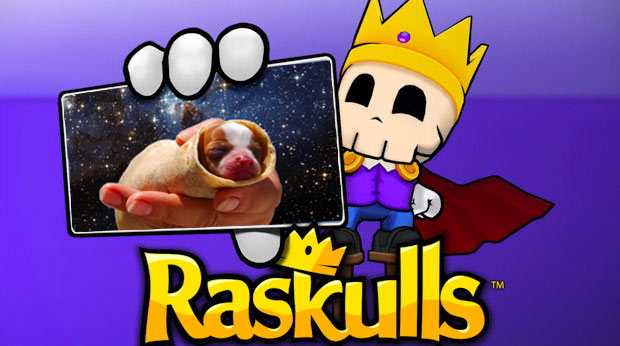 Hi. It’s me. I’ll be bringing you tonight’s recap because Hamza went to Canada for some reason. Maybe to see a moose. It was probably to see some game, but I’m going to pretend it was a moose because that’s cooler.

Jim is also out of town this week, and he’ll be kicking it with Halfbrick to get a look at their upcoming XBLA game, Raskulls, which looks pretty awesome. Stay tuned for more info and details on the game this week as a product of the aforementioned kicking it.

No More Heroes is coming to the PS3/360, Facebook came to PS3 for some dumbass reason, and other monumental events which will forever change the course of human history transpired, all on this fine day called 11/18/09.

Halfbrick talks to us about Raskulls and why it rocks

Halfbrick: Getting attention for a new IP is ‘balls hard’

Grab these Bad Company 2 beta codes while you can!

The Whispered World gets lucky at German Game Dev Awards

Nintendo invades malls for the holidays

Halo: Reach to be shown off at the Spike VGAs

New EA store sells EA Sports Active, and nothing else

A Kingdom for Keflings is getting a PC release

Gearbox had the opportunity to make a Blade Runner game

No More Heroes coming to the PlayStation 3 and Xbox 360

Story: Dante’s Inferno has one