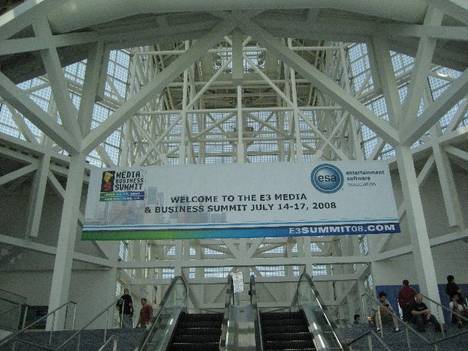 Today was a very busy day indeed. Three keynotes, and tons of new information came from Microsoft. New dashboard interface is on the way, Avatars, play Xbox 360 games by dumping them onto the HDD, and plenty of news on new first party title 360 games.

SquareEnix, Capcom and EA dropped some big bombs today too. And E3 hasn’t even technically started! Tomorrow is going to be very busy as Nintendo and Sony are giving their keynotes. My hands are going to be destroyed by the end of the week.

E3 Originals:
Greetings from Destructoid’s E3 Intern B*tch 2008
Where has all the spectacle gone?
Scraps: E3 is going to kill someone by the end of the day (7/14/08)

Hit the jump for all of the non-E3 news.

Previews:
First Jimpressions of Dungeon Hero and a fireside chat with Firefly