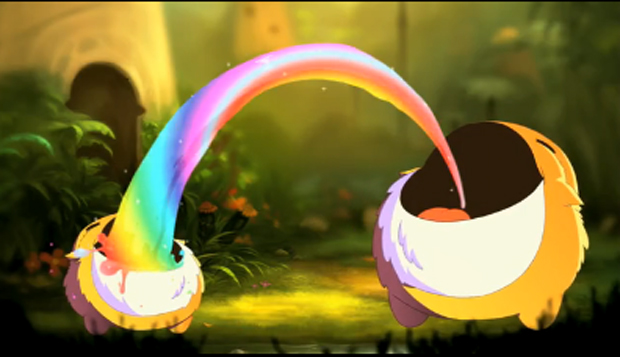 We’re giving away some Critter Cruncher goodness and all you have to do to win the prizes is take pictures of yourself barfing. Find out the full details here.

Nothing is sacred: killing God atop the Tower of Heaven

Forum of the day: Why does everybody hate gamestop?

Brick by brick in a whole new world: LEGO Universe

I wanna be the kitty: Monster Hunter Diary for PSP

Craig Peck reveals that GoldenEye is coming to the Wii

Free LittleBigPlanet pumpkin costume back for the holiday

Man kills his son over a missing videogame (facepalm)

Fable II Pub Games is the latest Deal of the Week

On XBLA this week: Inferno Pool and Rainbow Islands

New DSi with bigger screen to hit Japan this year

Soundtrack for Just Dance fails to live up to its name

Borderlands trade system may change if people want it to

Hot new Final Fantasy XIII screens for you to glare at

Remember turbo buttons? Get some for your Xbox 360

This LEGO Rock Band trailer has fake Tom Petty in it

Rockstar takes on anime in ‘Ballad of Gay Tony’ episode

A sliver of Matt Hazard: Blood Bath & Beyond footage

Like forts, zombies? This Fort Zombie trailer is for you

Modern Warfare 2 will have a third-person mode