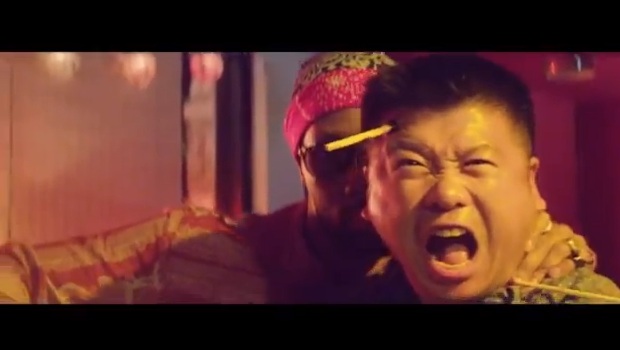 This has been my jam all day. Lines like, “I’ll grab a crocodile by its tail” keep me coming back. Also, that groove, man. Holy willies.

Speaking of grooves, Jim talked to Deadly Premonition developer Swery65, Ubisoft picked a studio for the Assassin’s Creed film, The Walking Dead is getting a freaking sweet Collector’s Edition, and much more happened on 10/22/2012.

Deadly Premonition: the cult of split-personality

Five new designs have arrived in the Destructoid store!

PAX Australia to be held in Melbourne next year

Why there’s no Mario cameo in Wreck-it Ralph

This Zelda fan film is sad but amazing

Nintendo superfan Triforce plans to buy the first Wii U

Redcoats die in this sweet AC3 short by Corridor Digital

Corpse Party: Book of Shadows trailer is pretty messed up

God of War: Ascension trailer harnesses the power of Zeus