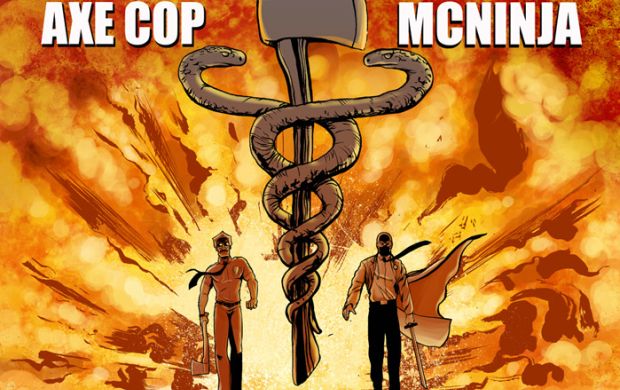 Axe Cop. Dr. McNinja. The crossover of the century is going down next week. The Internet is not ready.

Destructoid, Japanator and Tomopop are all over San Diego Comic-Con this week, the mecca of geek culture. Back in the gaming world, Okami’s Amaterasu joins Marvel vs. Capcom 3, find out how to make the ultimate PB&J, Kingdoms of Amalur: Reckoning trailer debuts, Mafia II demo is on the way, a limited edition Halo: Reach Xbox 360 is on the way and more happened on 07/22/10.

SDCC: Why am I here at Preview Night?

MySims SkyHeroes is all sorts of fun

Fable III gets more than one screenshot

Ratchet and Clank finally get their own comic book

LEGO Universe has a story, confirmed!

Forge 2.0 lets you customize everything in Halo: Reach

This week’s Steam freebie is Lead and Gold

Free App of the Day: Godville

How to make a PB&J sandwich, God of War style

Sunday Night Starcraft is a sports flick I would watch

Get Your War On with this Medal of Honor trailer

Majin and the Forsaken Kingdom out November 30

Our latest look at Enslaved: Odyssey to the West