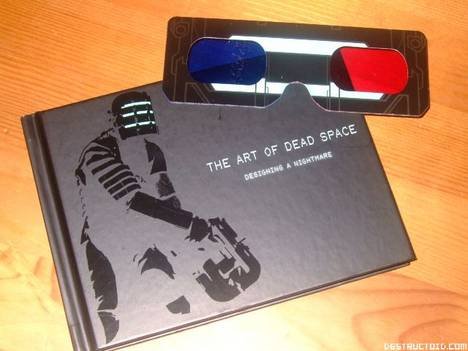 Oh hey, I have this art of Dead Space book! It’s pretty neat. I wonder why I never blogged about it. Oh that’s right, the special 3D effects scared the poop out of me.

Microsoft is set to host the keynote at TGS, win a Mushroom Men bass guitar, Jack Thompson knows how to have fun, MS knows they can’t beat Nintendo, and plenty more happened on Friday.

Rumortoid:
White Knight Story gets a Japanese date of December 11
Bahamut Lagoon remake in the works

Videos:
I <3 Geeks gets a teaser and release window
Yakuza 2 trailer: film noir style… kind of
Samba! super trailer: dude in pink suspenders gets owned by a monkey
Gritty trailer for The Life in NBA 09 The Inside brings the streets to you
New Tenchu 4 trailer shows just about every way to kill a person