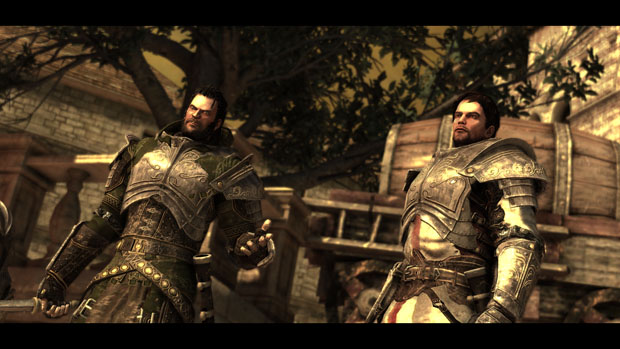 There’s lots of news today for The Cursed Crusade, an upcoming thirteenth century Europe action title coming to the PS3 and Xbox 360. The first bit is that it has been redated, and is now dropping on October 25. A demo is coming a couple of weeks prior to launch, so don’t cry.

The demo will take you on the “Assault on Castle Biron” misson, says Atlus. Expect firey arrows and waves of pissed off, sword-wielding soldiers.

Get some story in the Story trailer, above. It shows Denz and Esteban’s beginnings, set during the Crusade. Swords up, shields out, battle cries ready. Blood, armor, frantic drums. What’s with this curse…and those eyes?! My kind of game trailer.