Major content updates will roll out every three months

As much as I enjoyed goofing off in the closed beta, I fully expect The Crew 2 to have some growing pains as Ubisoft fixes, refines, and expands the open-world racer in the months and years after its June 29 release. To that end, the company has outlined its vision for post-launch support.

We can expect to see a major free update for The Crew 2 every three months along with two new vehicles added on a monthly basis. The content updates will arrive in September 2018 (with the debut of the hovercraft and a new “Legendary” tier for loot), December 2018 (PvP), and Spring 2019 (TBA). 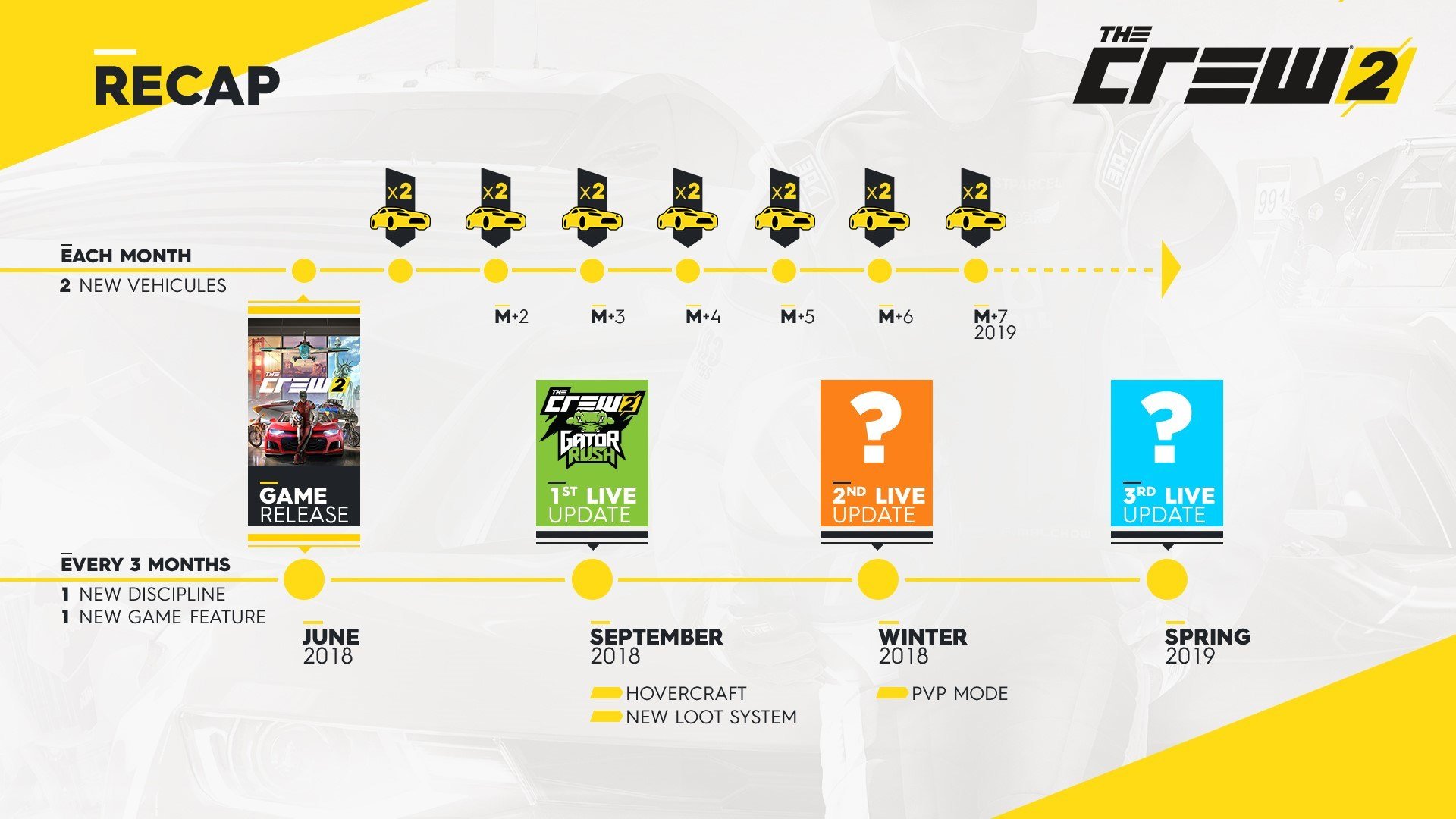 I like this free-update approach, and I especially like that the season pass will be skippable for the average player. For $40 standalone — or included with the Gold Edition or Motor Edition of The Crew 2 — the pass offers three exclusive vehicles, seven-day early access to the monthly vehicle additions (“totaling 22 vehicles”), an exclusive house and two outfits, and a 20 percent off discount for the in-game store. Essentially, you’re paying for a head start, a few exclusives, and less of a grind.

It’s a shame a big component like PvP won’t be ready until December; hopefully there’s enough stuff to keep us occupied. I feel like people will for sure have maxed-out, top-of-the-line vehicles by then.

Two more quick things. Ubisoft says it has “no plans” to shut down The Crew servers “any time soon,” but it is done updating the first game. “We will continue running occasional maintenances to ensure optimal performance, and our Support teams will remain available for any issues you may encounter.”

Lastly, The Crew 2 should be getting an open beta real soon. Expect to hear more at E3.

Post launch vision and Season Pass for The Crew 2 [Ubisoft]