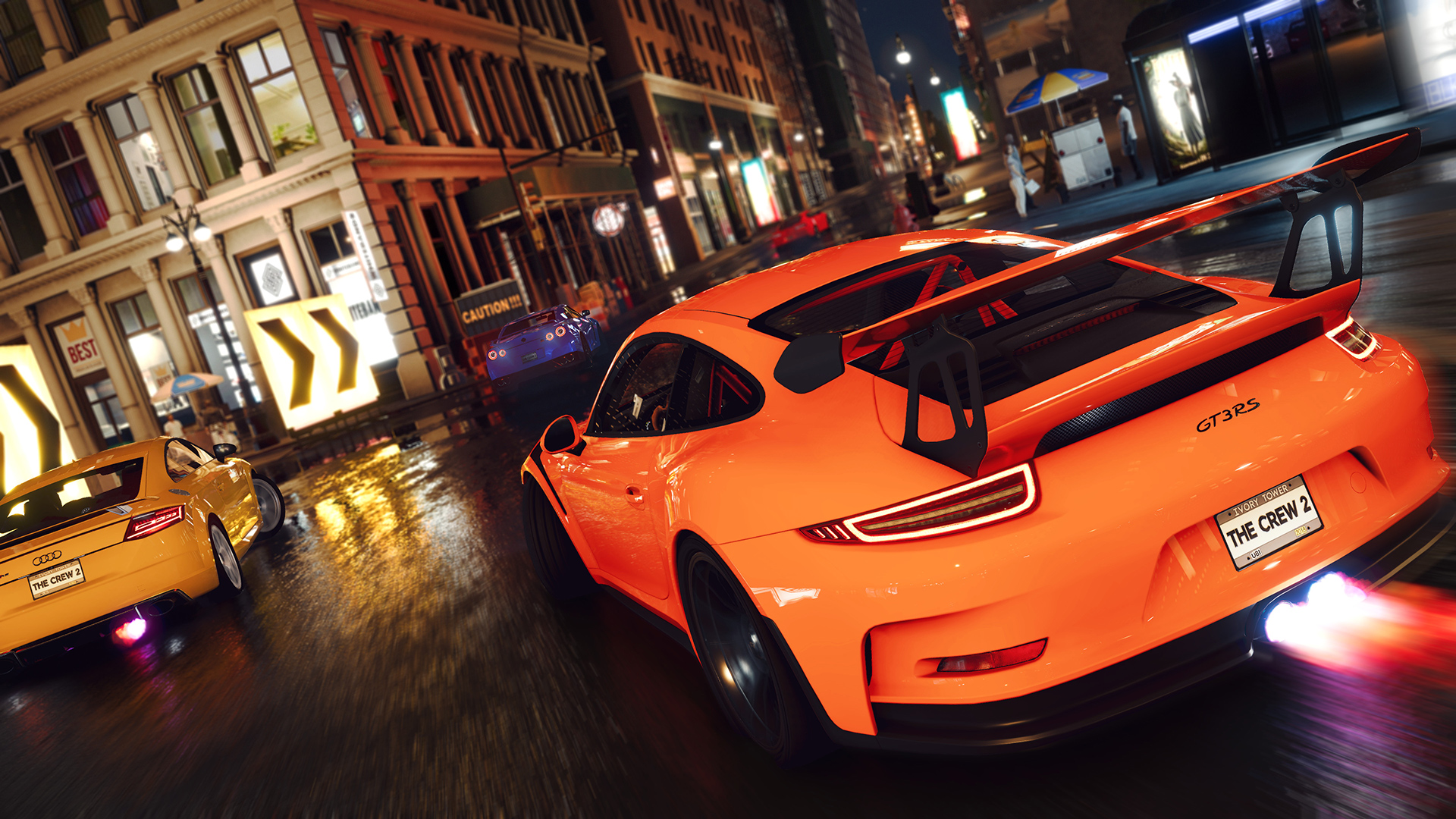 Hands-on with the closed beta

While playing the new beta for The Crew 2, I transformed my monster-truck Mustang GT into a plane, flew to the top of a snow-capped mountain, then morphed into a speedboat and slid all the way down.

Why? Well, why not? There’s no shortage of pre-baked races, activities, and photo challenges, but half the fun of The Crew 2 is simply messing around in an open-world, miniaturized, game-ified United States of America. That was true of the original game and it’s even more true in this sequel.

When I first played The Crew 2 last year for a scant 15 minutes at E3, I called it “a do-over in the best possible way.” After putting in a few hours with this weekend’s beta, I stand by that sentiment.

The original was flawed but had promise, and it only got better over time. The more you played, the more gear you earned for your vehicles, and the better they felt to drive. Problem is, a ton of folks never reached that point (and also missed the excellent Wild Run expansion). I don’t blame ’em.

The Crew 2 starts at a much better place, handling-wise. It also drops the rather forgettable revenge story for something much less serious. Here, you’ll work your way up the ranks of across four categories (Street Racing, Offroad, Freestyle, and Pro Racing) as a nameless avatar, accruing followers (XP) and cash as you go. If you don’t like the idea of boat racing, you can just focus on, say, rally raids or drift events. Or whatever you want! Ubisoft doesn’t force you into one specific progression path.

As a result of this structure, the story seems like something I’ll want to skip through, but that’s okay. I appreciate that it doesn’t get in the way of open-world hijinks. The full map is accessible from the start.

The Crew 2 is crisp and vibrant, particularly if you take the time to mess with the built-in video editor or photo mode. I can’t overstate how much I love that there are proper in-game challenges, with significant rewards, for taking cool photos. One might ask you to drift through Dragon’s Gate in San Francisco, while another requires you to recreate “a famous movie shot” with the moon and a bike.

The RPG-style progression is still present in The Crew 2, but it’s streamlined and less of a fuss to tinker with; the same also goes for the vibrant new user interface in general. After completing activities, you’ll earn semi-randomized drops containing parts (breaks, suspension, tires, etc.) that will gradually raise a vehicle’s overall Performance Level. Parts have rarities, and some come with bonuses ranging from things like “Nitro refills by 1.4% while drifting” to “Increase loot quality by 5.8%.” That sorta stuff.

As for the boats and planes, it took some practice, but I’m getting the hang of them. There’s more nuance to boats than I first thought (you want to try and lean back to rise above the water for more speed) and planes are tricky enough to handle that performing even basic stunts feels satisfying.

With only very limited access to event types in the beta, it’s hard to say how the multi-vehicle approach will pan out, but just in terms of goofing off with friends and passersby, it’s super fun. Being able to switch from a car to a boat to a plane on the fly opens up so many traversal opportunities.

There are nitpicks here and there, but generally speaking, I like how The Crew 2 is shaping up. I expect the game to come into its own after launch, much like all of Ubisoft’s major releases these days, but if this beta is representative of the final game, I’m stoked. Only four weeks to go.