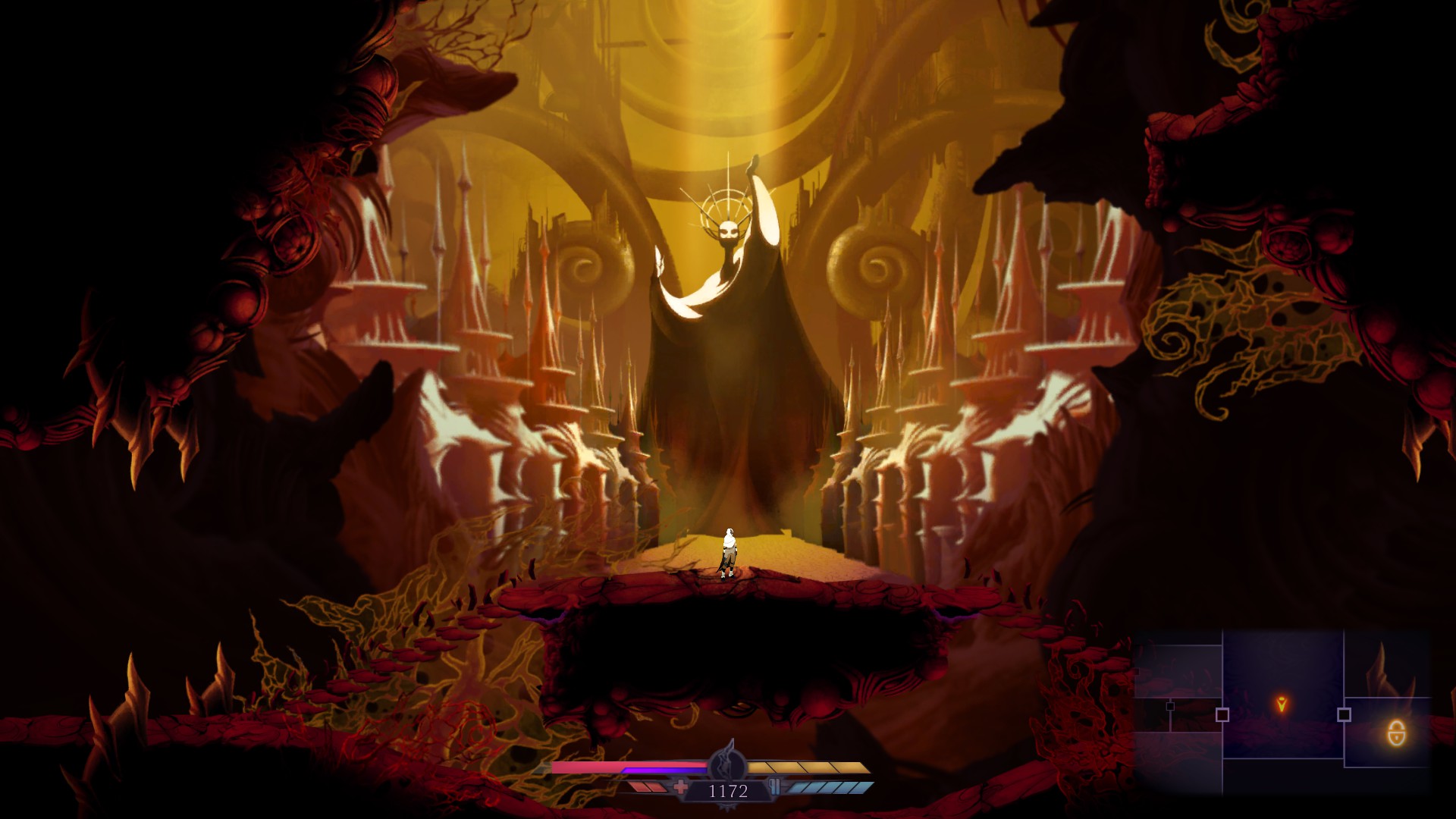 Mid-2017 Thunder Lotus Games dropped Sundered on us, a ::pauses:: Metroidvania that among other things, evokes an old Ralph Bakshi-era cartoon style. Well it’s back, in Eldritch Edition form.

On December 21 said version will arrive, with co-op, on Nintendo Switch and Xbox One. It joins the already existing PC and PS4 platforms, so you can pretty much play it on everything at this point. If you already own it a free update will be applied to add in the Eldritch goodies. Other enhancements include new zones and an extra boss: the Magnate of the Gong.

If you’re on the fence feel free to read our review!