Oh, and Cortex is in too

After getting my PS4 review kit for Skylanders Imaginators, my eyes immediately gravitated towards the Crash and Cortex figures.

I could have opted to meticulously make my own character or put on my army of previously acquired toys, but no, I wanted to hang out with Crash again after his cameo in Uncharted 4 tugged at my heartstrings.

And while I initially referred to this crossover half-jokingly as the “Conker treatment,” it’s actually much more justified than that fiasco. 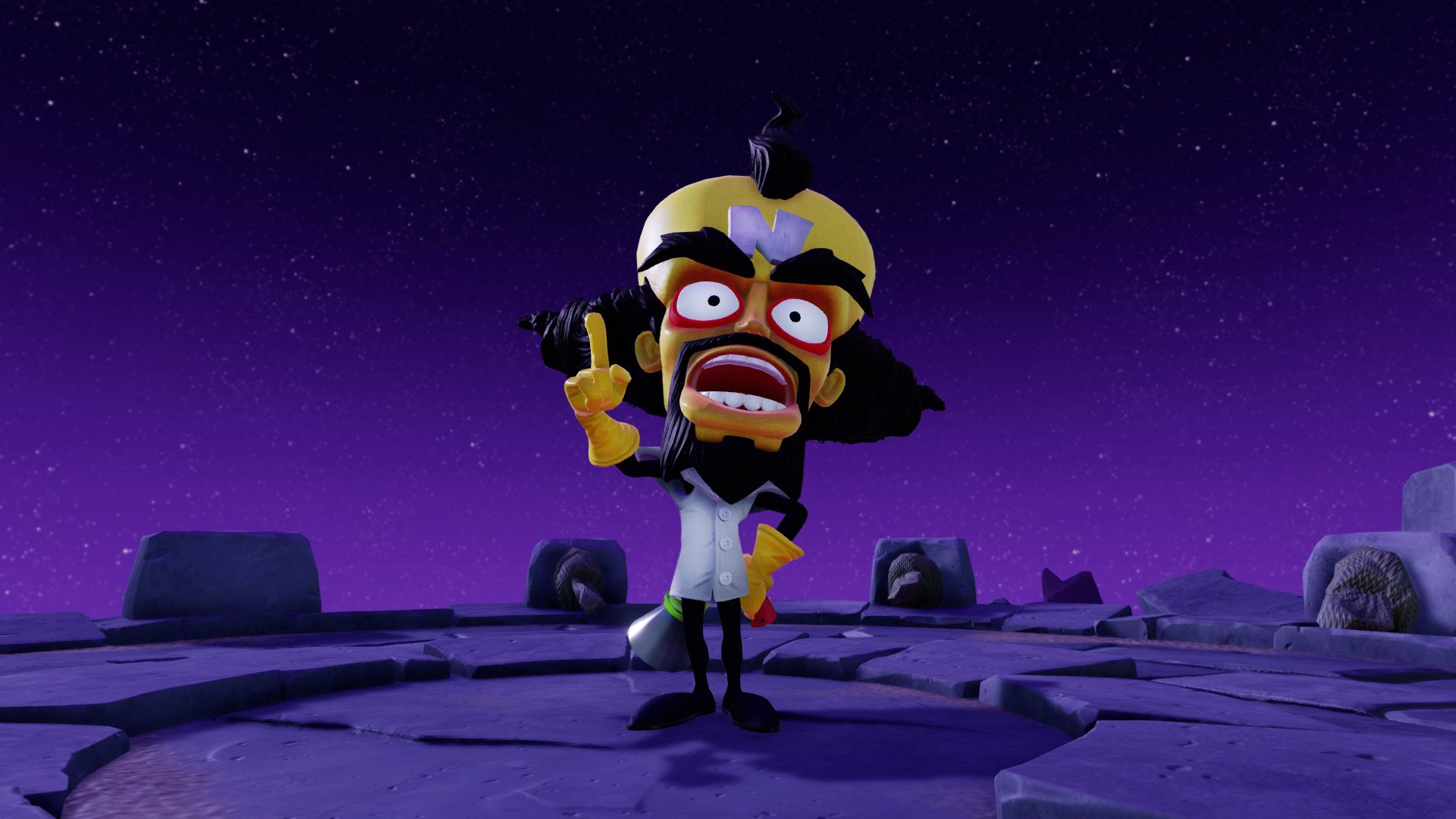 Yep, Crash has his signature spin attack, goofy animations (the flip jump is back!), and he even throws TNT. He slots nicely into the “Brawler” archetype, one of the new Battle Classes that dictates each character’s fighting style (he’s also technically a Sensei). Cortex is a little more traditional, playing the role of the “Sorcerer” in the form of laser-centric ranged attacks, but with the added bonus of a few gadgets like mines.

Most importantly though, they’re emotive. You’ll get plenty of weird sounds from Crash, and as an added nice touch, his pal Aku Aku the totem is there to translate when needed. The duo is even more fun in co-op, with Aku Aku and Uka Uka attacks flying across the screen in tandem. I also appreciate that they’re fairly faithful to their original designs, because while Turbo Charge Donkey Kong and Hammer Slam Bowser were a nice surprise in the last iteration, their new getups were a little strange in the sense that they felt like a weird, forced hybrid of Nintendo and Activision sensibilities.

There’s a caveat, of course: it’s really lame that they both double up the Sensei types located elsewhere in the Starter Kit (Master King Pen and Golden Queen are Brawler and Sorcerer respectively, which was no doubt done on purpose to get players to buy more figures). Outside of that, this whole situation was handled far beyond my expectations because in the end we’re getting remasters of the original trilogy, so maybe Crash will continue to live on, free of the limbo he’s been trapped in for nearly a decade? If not, Skylanders is a nice enough sendoff.

Imaginators‘ “Crash Bandicoot Edition” retails for $99.99 (the starter kit is $74.99), and is currently exclusive to the PS3 and PS4 platforms. Unlike the Nintendo figures though the pair will be available separately “later this holiday season” for other platforms, along with a Crash-themed level.