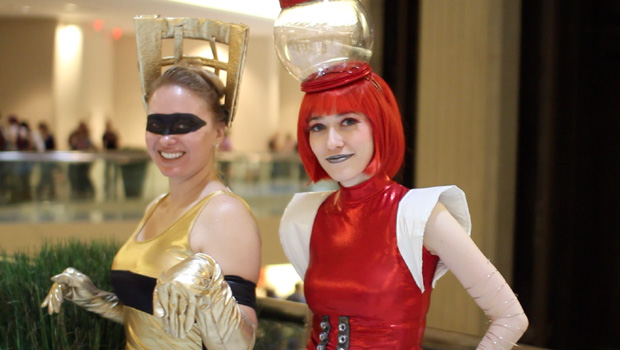 Labor Day Weekend is over, as is Dragon*Con 2011. The final day brought out some of the best cosplayers of the show, such as the female Tom Servo and Crow above. Other highlights include a super-detailed Michael Bay Bumblebee, even more Daft Punk, all of Pee-wee’s Playhouse and Cobra Command, Edward Scissorhands, Duffman from The Simpsons, and two very brave girls as Leeloo from The Fifth Element. Oh, and don’t forget the zombies Colonel Sanders, Ronald McDonald, and Wendy, parading the Burger King’s head on a stick!

Our new super best friends from Beat Down Boogie braved the packed convention halls to bring you all these photos, and we thank them deeply. You all can likewise show your appreciation by heading on over to their Facebook page, where the full collection of Dragon*Con photos will appear.