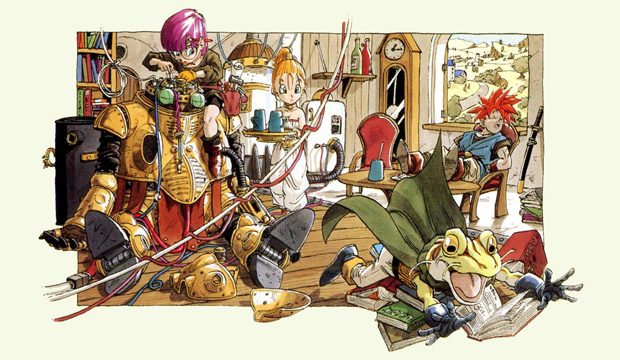 I had played RPGs before it, but Chrono Trigger was probably the first time that I sat down and became immersed in something for days on end. Having borrowed it from a friend I didn’t run into the “rental” problem I had with some other RPGs, and I could spend as much time as I wanted taking it in. I enjoyed multiple endings, and swapping the cart back and forth with people led to some awesome new discoveries. We all know Chrono, Frog, and Magus is the best party choice (!), but I loved that every character was viable in their own way.

Did You Know Gaming takes on the classic in its newest episode, and it contains a ton of interesting facts, most notably a lot of information regarding the soundtrack. There’s also lots of great bits in there with involving famed artist and producer Akira Toriyama.