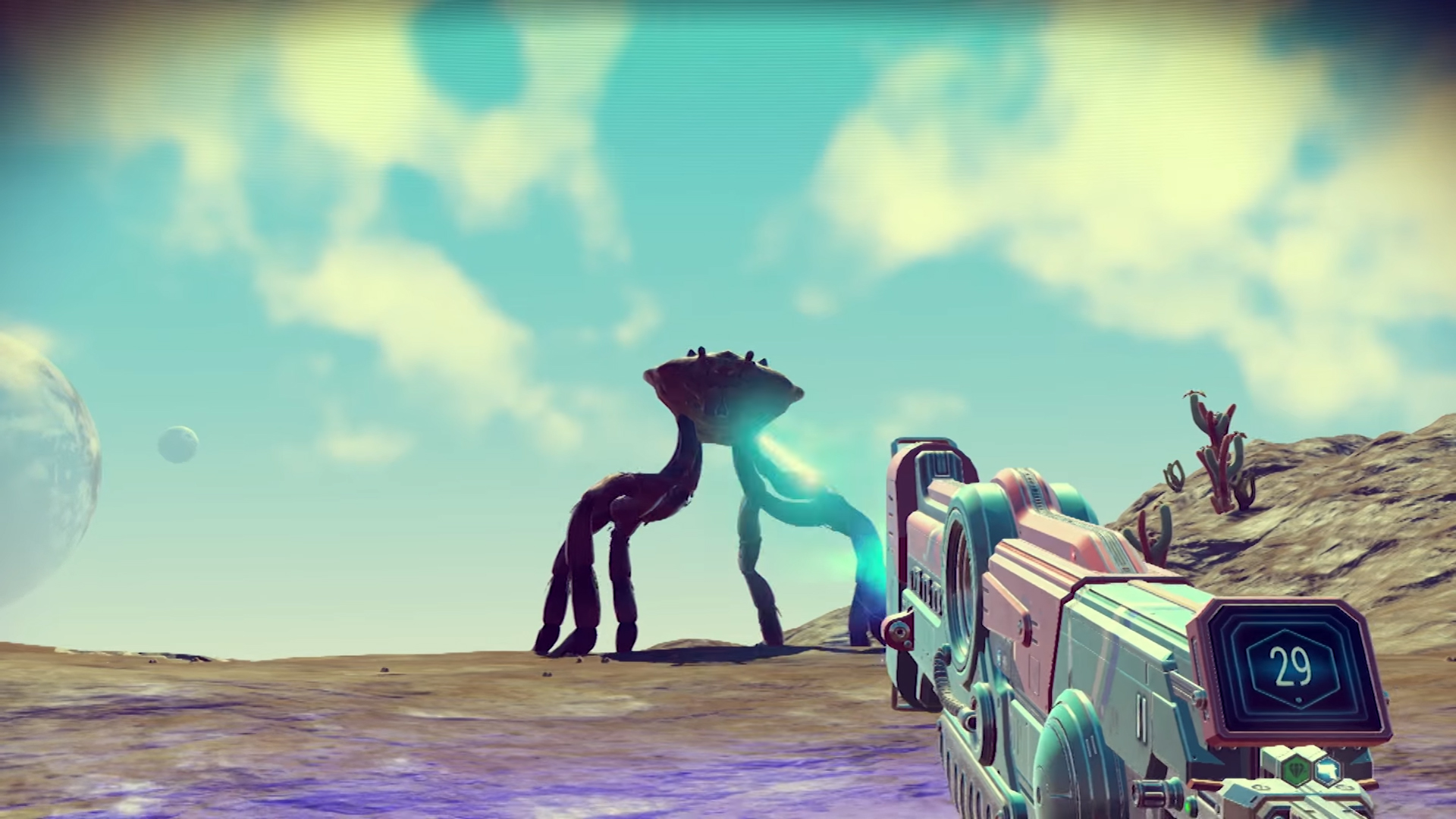 Sky, ground, I’m the guy with the gun

This latest trailer for No Man’s Sky focuses on the combat available in the game, which appears to be both space battles and shooting up the local wildlife, including what look like giant enemy crabs; the meme that will never die.

Say what you will about No Man’s Sky, but at least it is launching with space battles (looking at you Stars Wars Battlefront), although from the sounds of it, you’ll just be fighting AI as the developer has stressed that this is a mostly single-player experience.

I want to love No Man’s Sky and wish I could be on the hype train as much as everyone else, but I’m currently feeling very cautious about the whole ordeal. I’m sure I’ll be playing as soon as I can get my hands on a copy, which should be sooner than later — the game launches for PS4 and PC early next month.

Filed under... #No Man's Sky#Trailers#videos