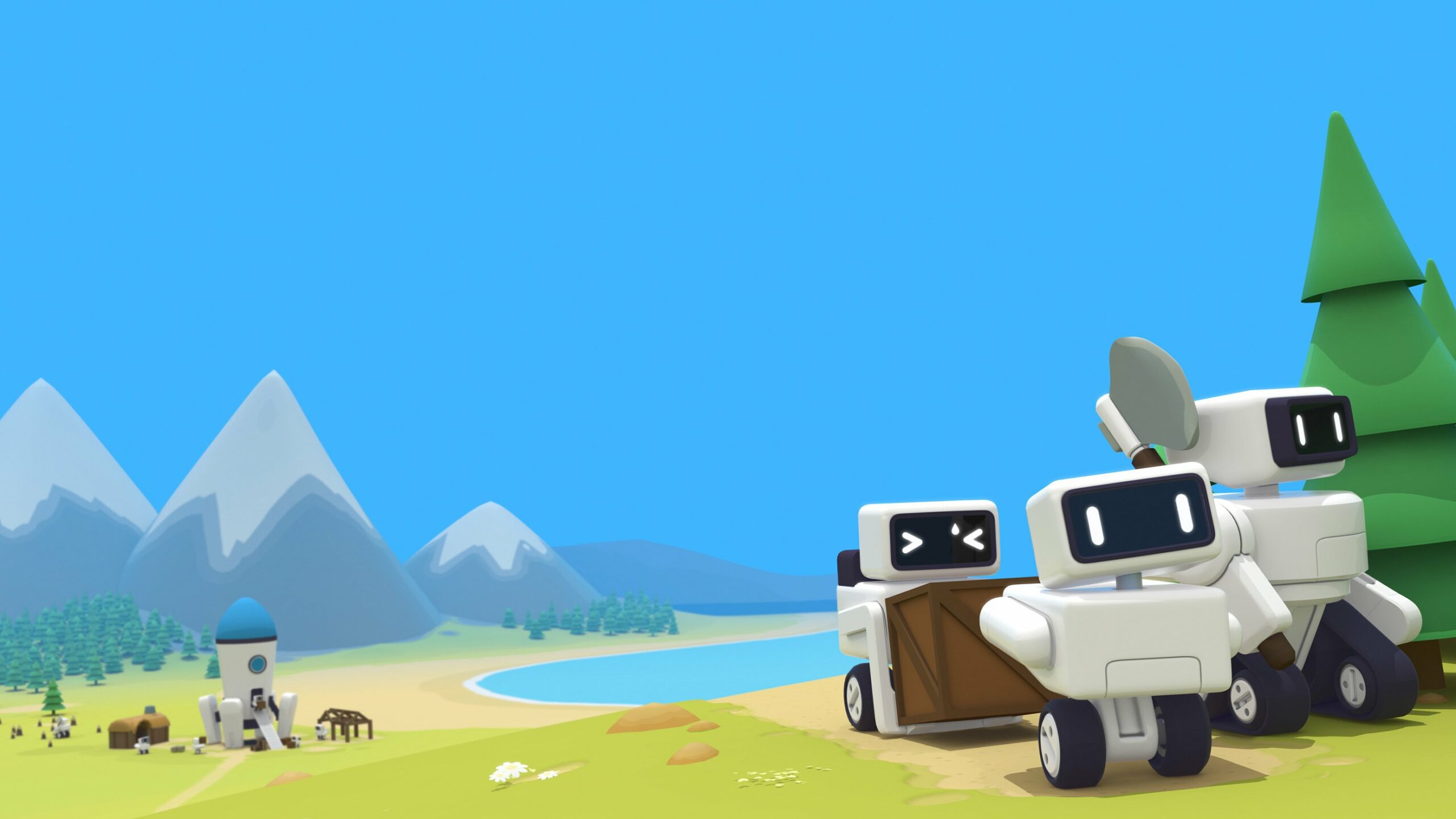 Keep tabs on this game if you’re looking for a Settlers-like experience on Nintendo Switch, PS4, or Xbox One

Depending on who you ask, Steam is overrun with city-builders, but there aren’t a ton of options for the console crowd – and even then, it can be hit-or-miss to find games that are comfortable, legible, and run okay on consoles. Even if they aren’t ideal, I’m open to these ports. I’ll give them a chance.

The Colonists is a self-described “relaxing” settlement-building game about laying down efficient resource-gathering and transportation routes for robots who have left earth behind to build a new home. It’s a logistics game, the kind that feels productive even though you’ve just spent the last hour unwinding instead of chipping away at that personal project you’ve been putting off for so long.

Developer Codebyfire has been doing its thing on Steam since October 2018, and The Colonists is in a good enough place for console ports to make sense. Nintendo Switch, PlayStation 4, and Xbox One versions of the game are coming in 2021 with an assist from Auroch Digital and publisher Mode 7.

Here are some preview screenshots taken from the PS4 build: 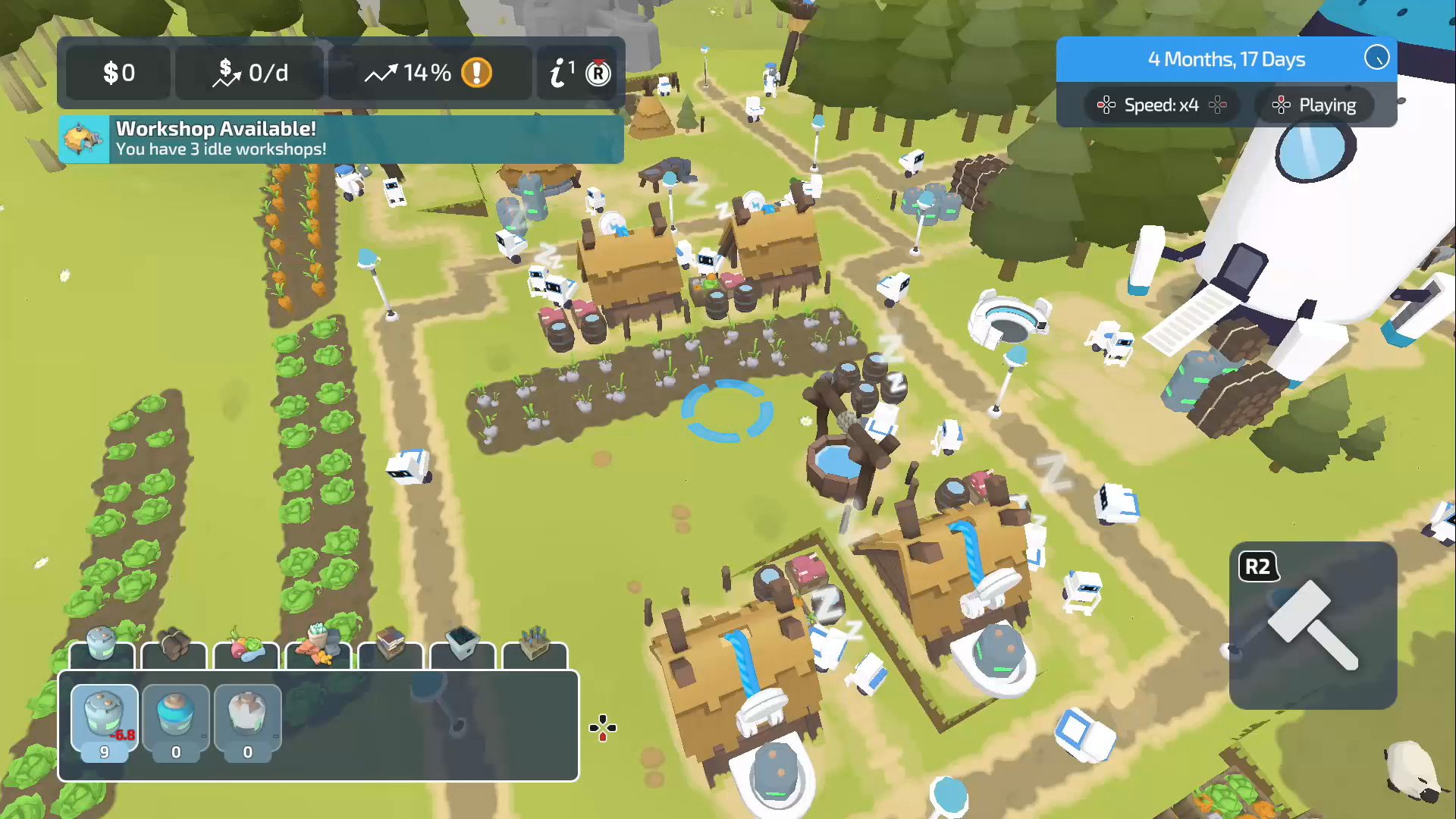 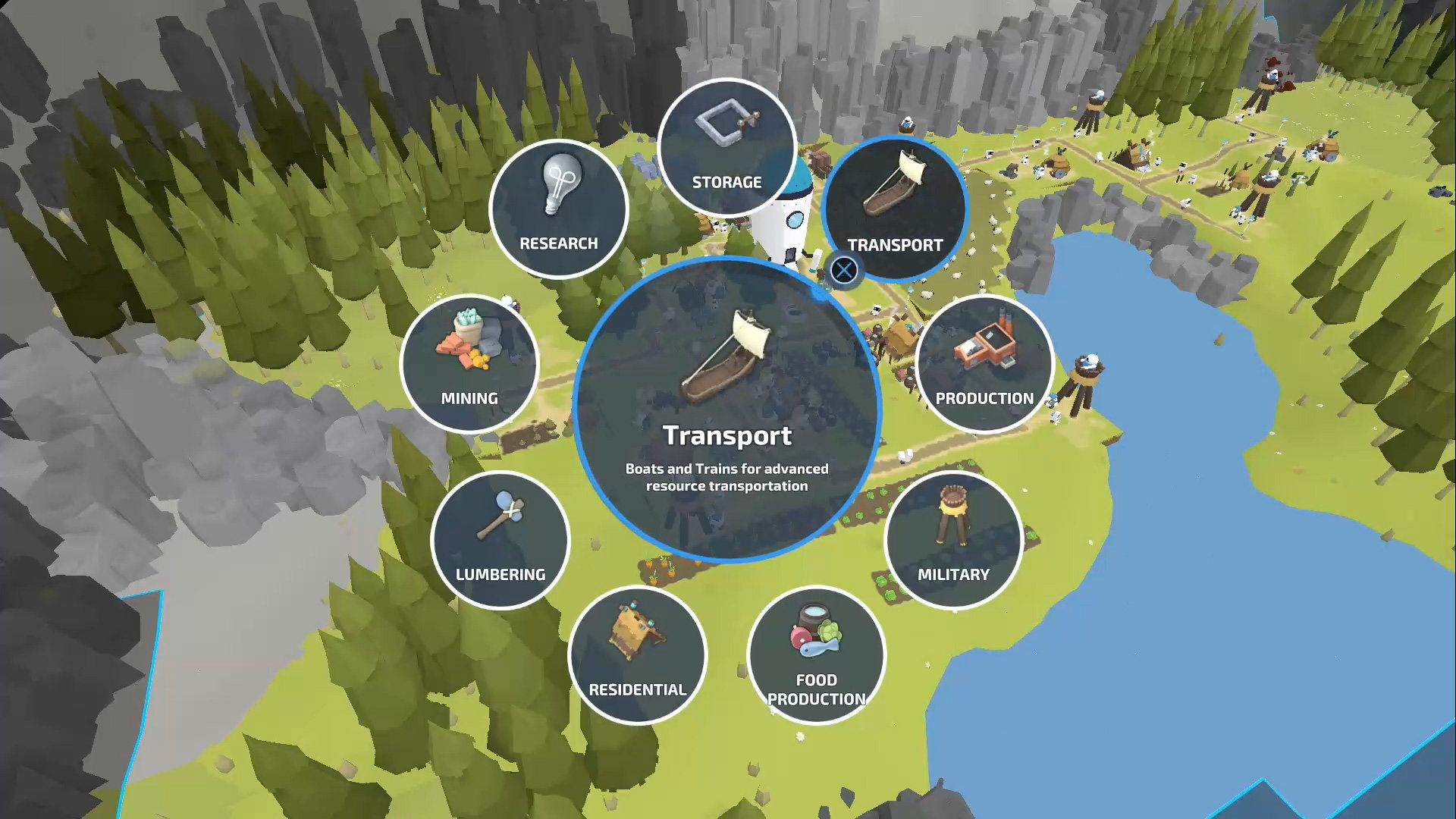 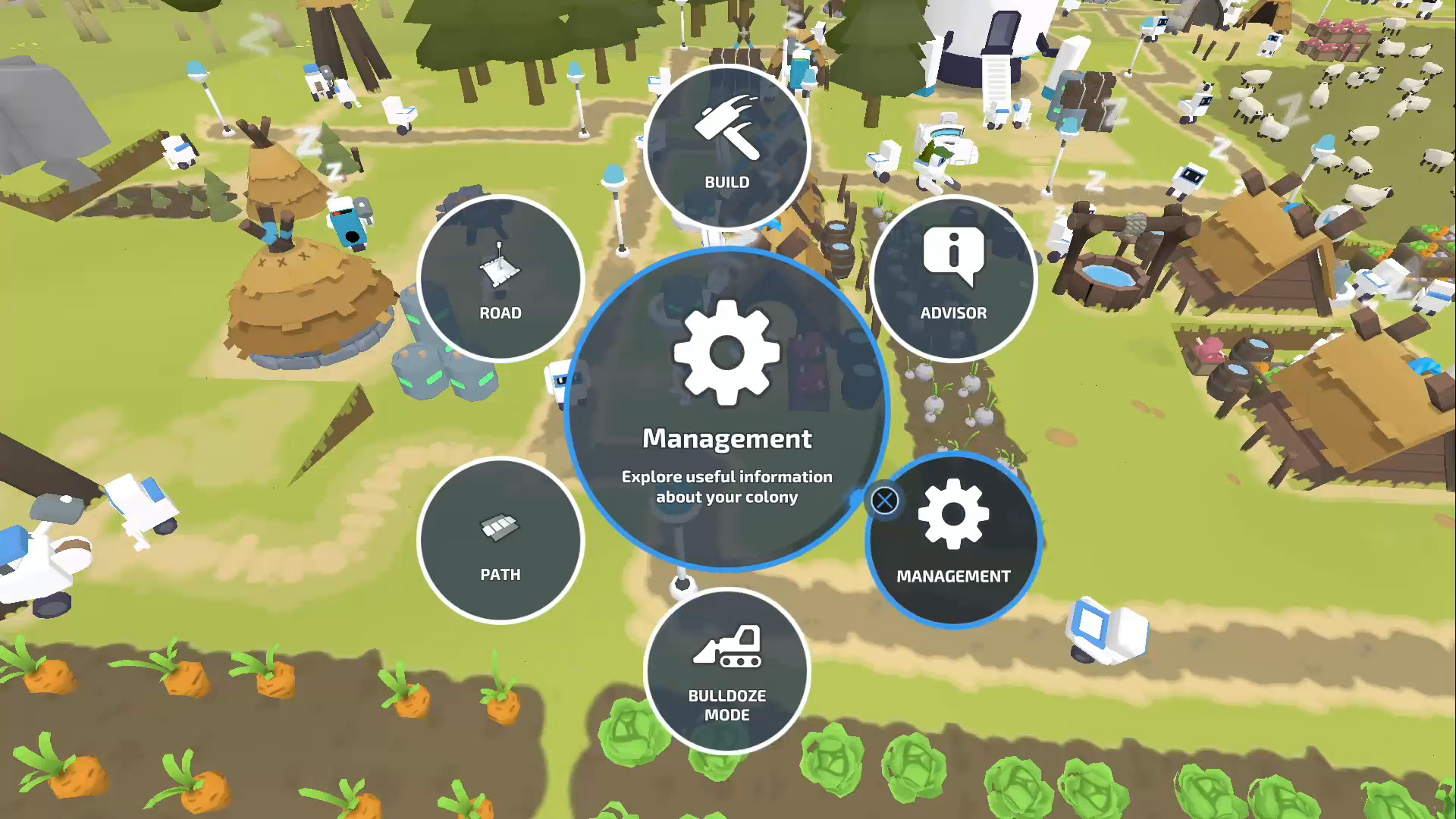 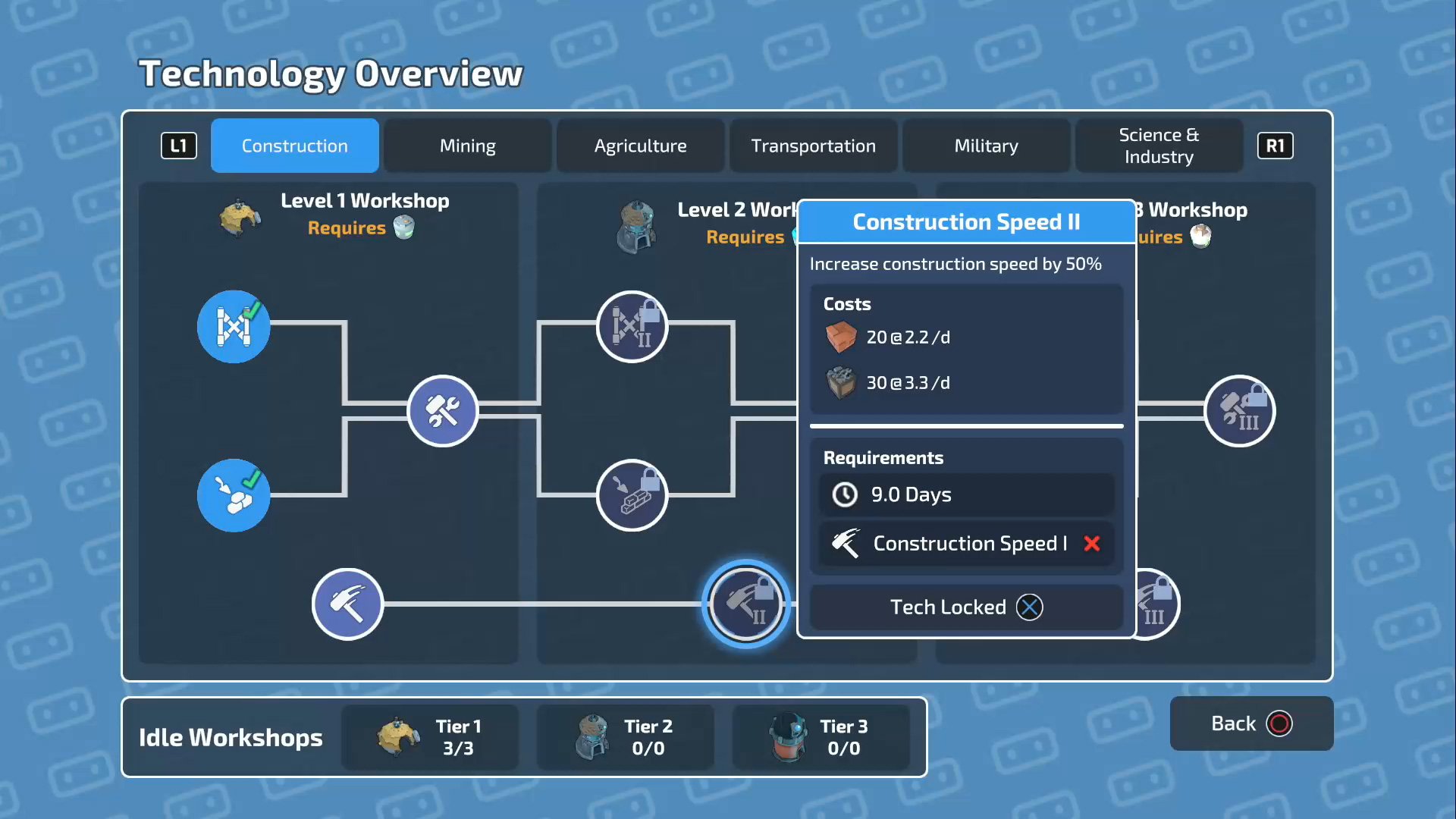 Apart from the noticeably larger UI elements, the port developers say they’ve reworked the controls “from the ground up” for consoles, added new hats for the bots, and worked on other “cute touches.”

The favorable Steam reviews have drawn a lot of comparisons to The Settlers, and I dig that there are separate “peaceful” and “military” tracks for folks, like me, who don’t necessarily want to duke it out.

“Very easy to get into from a mechanical perspective as well, so this is a great game for someone who hasn’t tried a city builder before,” wrote Steam user reviewer Sethyboy0. “For experienced players, the biggest challenge will be putting together a colony with good production without your roads getting clogged up with goods. You’ll have to make good use of all the tools available.”

I look forward to inevitably realizing that my supply chain is awful and fighting the urge to start over.