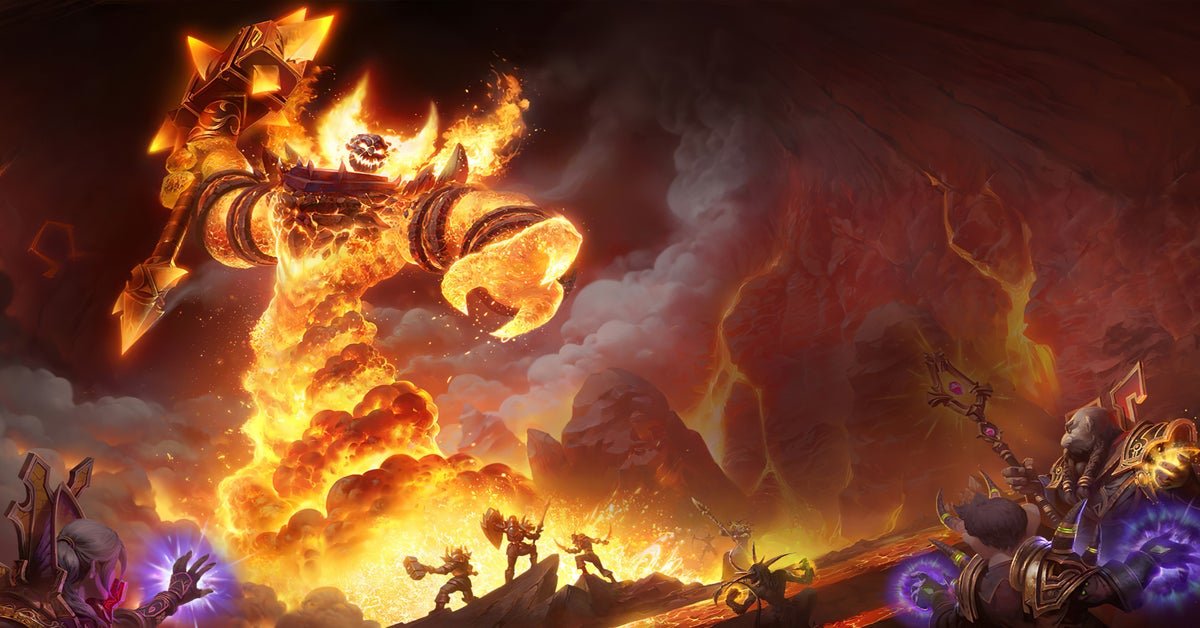 The year is 2019. The Amazon is on fire (the one with the trees), Disney owns Spider-Man, and World of Warcraft is coming out again. Well, not exactly. When vanilla WoW launched, Martha Stewart was convicted of a felony, Facebook had just launched, and you could not escape people impersonating Lil Jon’s infamous “YEAHHH!” in Usher’s #1 hit single “Yeah!”.

World of Warcraft Classic may bring Azeroth back to its original state of affairs, but game development practices have come a long way since 2004. The world has changed in unfathomable ways in the past fifteen years, and while WoW Classic strives to emulate the conditions of its original release, the gaming industry is not what it was back then. 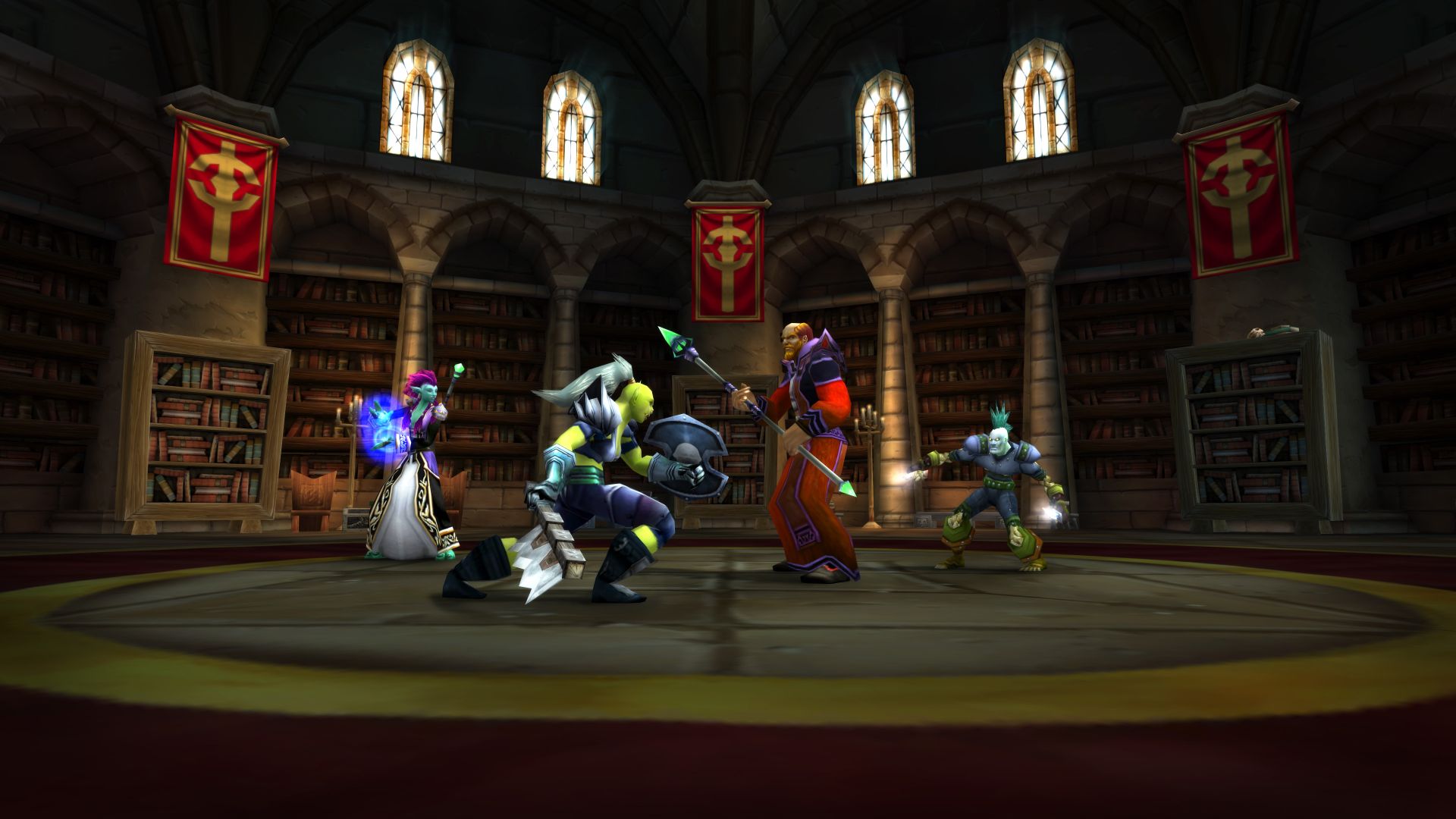 The people coming to WoW Classic are not the same people who populated vanilla WoW. Now we have foresight. Now we have over a decade’s worth of collected knowledge and documented practice on private servers. What is known cannot be unlearned. Information through Discord communities, online forums, and WoW databases can be accessed within seconds. Players from the vanilla days and private server denizens didn’t have the luxury of an online library; they tasked themselves to construct it.

Through World of Warcraft, players were able to build their own worlds with one another. Parties form to get through difficult content, guilds band together for large-scale activities, open-world rivalries between you and members of your opposing faction are born—these aspects are largely what made vanilla WoW so enticing. It’s a hard feature to truthfully advertise because each server had its own way about things. Every “world” of Warcraft had its own law, its own guilds that ruled the roost of progress, its own share of disreputable ninja looters to avoid inviting to groups, and its own economy through the auction house. In vanilla WoW, accessibility was attained through each server’s community. These communities have already started forming in WoW Classic for each server, and there’s already a sense of narrative behind their identities.

Faerlina has been dubbed the “streamer server” while Herod became the overcrowded destination spot for those looking to escape the effect streamers could have on their experience. Classic has already started to establish its own identity separate from any private or original WoW server. The worlds I experienced in vanilla WoW cannot be replicated in Classic, but brand new ones are on the horizon, and they are full of unknowns. With six phases of content laid out for WoW Classic, will Blizzard make the same design decisions as they did then? The answer seems to be in the hands of the community at large.

“If there’s some next-gen version of a happy accident, we definitely want to support that as opposed to trying to recreate the old happy accidents because they wouldn’t be an accident if we did those again,” said Lead Software Engineer Omar Rodriguez during Esfand’s recent ClassiCast. Unarmored mounts were in vanilla WoW, but they will be omitted from Classic. They were originally removed after about four months, so the only people who had them were folk who blazed a trail to level 60 and saved 1000 gold to purchase it—without knowing they would soon disappear. Even if they were included in Classic, they would not be treated the same way by the players because everyone would know they’re limited. No one had a clue back in 2004. Blizzard can recreate the game, but they cannot emulate the player experience. In that light, Classic will be an experience entirely its own. 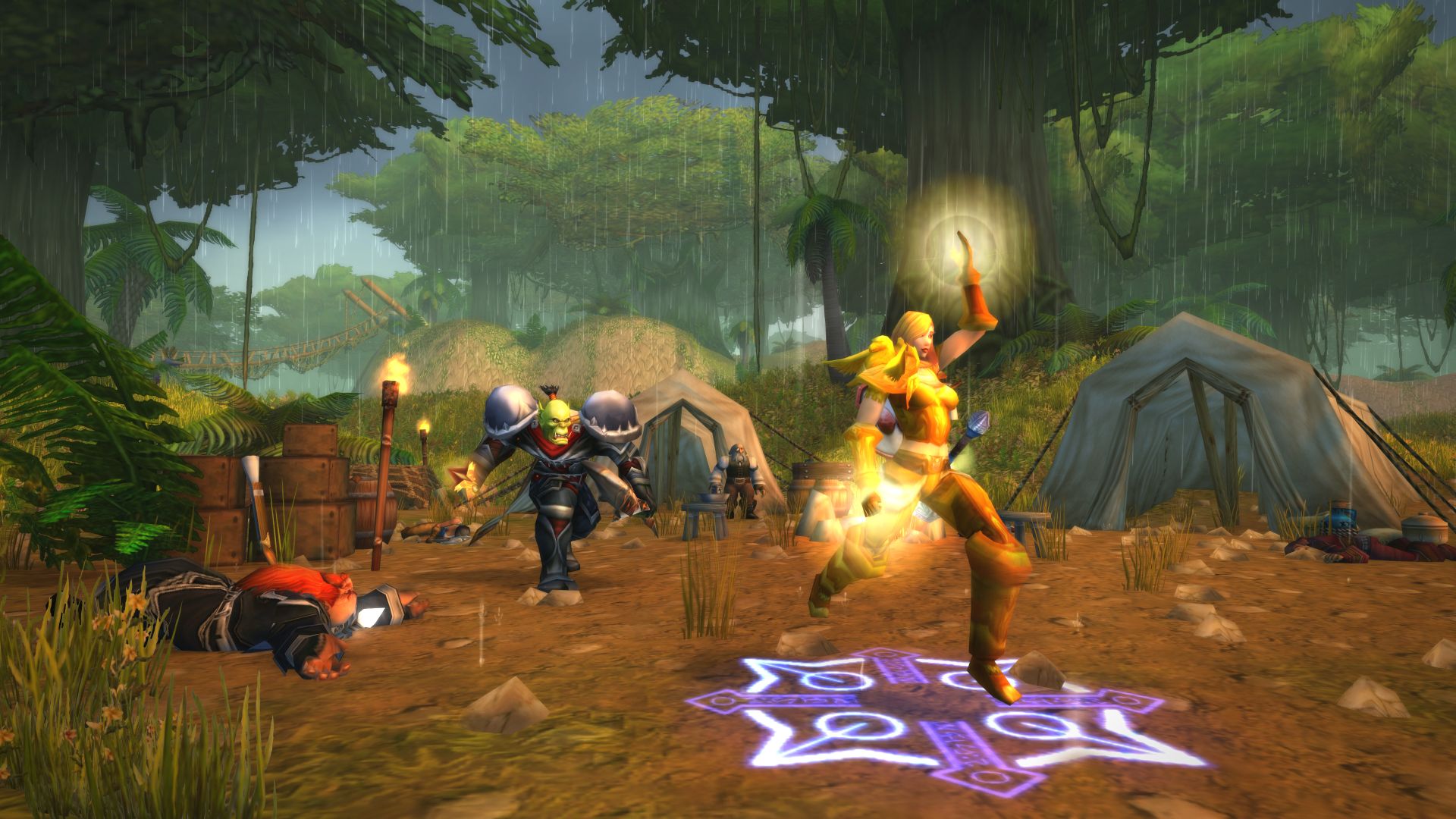 Blizzard has a rare opportunity to use retrospection as a tool for future blueprints. By focusing on the expansion of their community, Blizzard came to sacrifice a lot of what made vanilla WoW alluring. These adjustments were very real quality-of-life changes, but drawbacks came to light over time. Automating party finding didn’t advance WoW in any meaningful way. Instead, it helped lock Blizzard into an inescapable expectation to supply convenience over community. A recent post on the official WoW Classic forums describes why an addon that adds a party finder to the vanilla client is “incompatible with our social design for Classic,” and I could not smile harder reading that.

We all took part in helping each other out in vanilla WoW because we were discovering Azeroth together. As time went on and more conveniences were introduced, there were less inconvenient scenarios that required the player to engage in any social interaction. Solo play became skewed as a “quality-of-life improvement,” and while it did make everything more accessible to players, the game’s social core was sacrificed to make it work. Once you knew what to do, you did not need to interact with anyone to feel victorious.

Having to buy all your arrows as a Hunter was a pain that no other class struggled with, but that played a role in defining the Hunter. It was one of many inconveniences, but every class had them. Each arrow fired meant *something* because, whether through time or currency, it was a resource spent. Rogues needed Thistle Tea, Warlocks farmed Soul Shards—everything was imbalanced by nature and nothing guaranteed the kill. That’s what made it interesting. A lot of what we view today as inconvenient was seen as worldbuilding back then and that created the community that filled the vanilla worlds of Warcraft. It may seem like the same game from 15 years ago, but I foresee my experience in-game to be vastly different this time around. 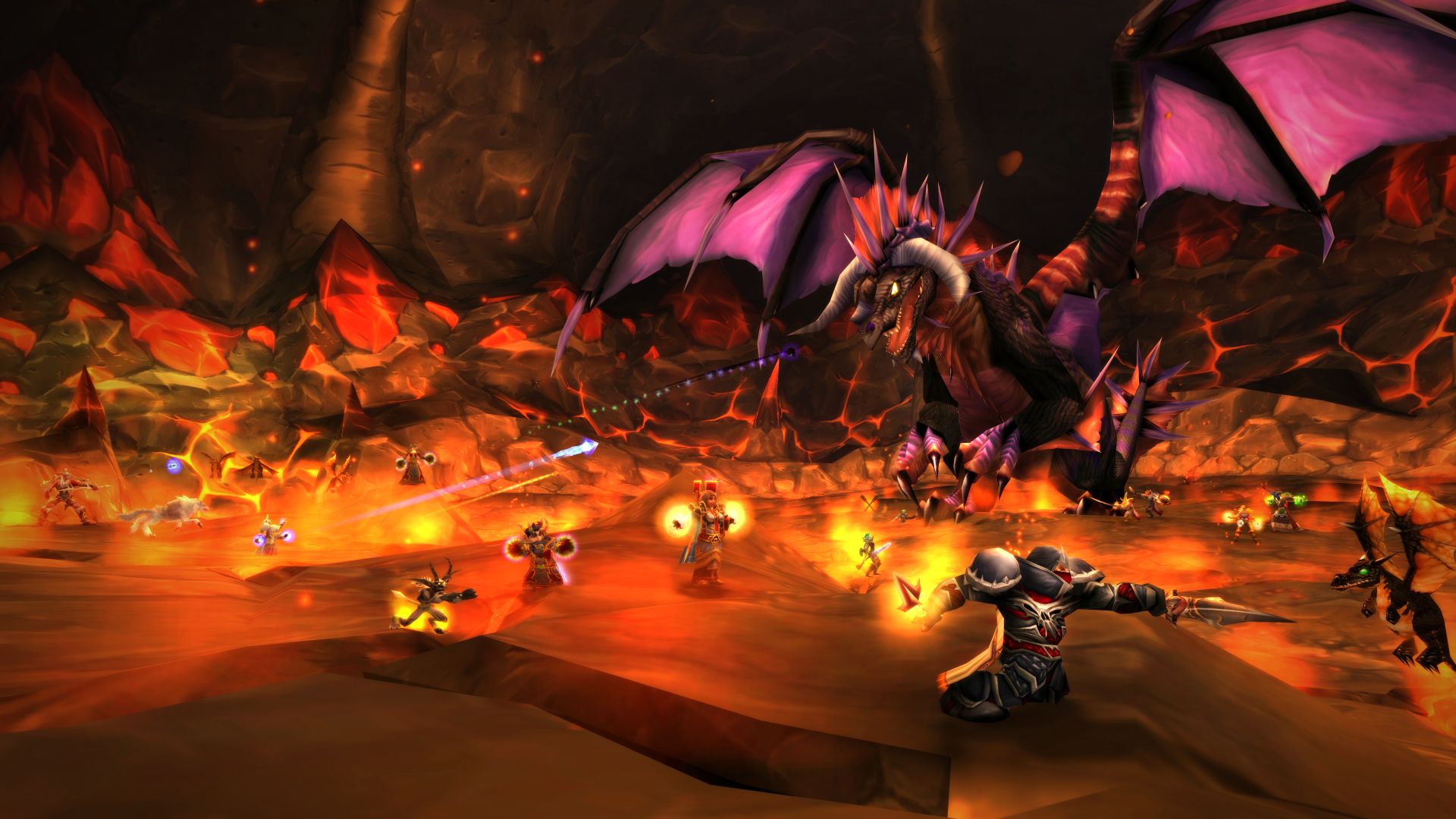 Now that we know what we do in 2019, I’ve come to care less about optimization. While there’s a healthy contingent of players that revel in the idea of 3-day speedruns to level 60 and clearing all the endgame content within the first week of Classic’s launch, that’s not the only way to play. Optimal builds will be appreciated and welcome to any raid, but you do not need to be optimum in order to “win the game.” WoW always afforded players the freedom to choose what content was meaningful to them, and Classic seems to carry that torch.

I turn 30 this November. With each passing day, I grow forevermore appreciative of my time here. Change is inevitable, and the older I get the more clearly I see that. Why, then, am I so interested in the release of an old MMO that takes up so much time? I’m in no rush to get to the end anymore. I know where WoW’s going. We all know where WoW’s going. But instead of viewing that as a disincentive to play, it loosens up the reigns for me.

The biggest reason WoW Classic interests me isn’t because I want to relive my past within the Warcraft universe and top damage meters, it’s to see how Classic’s worlds and their inhabitants develop in the context of 2019.