I have of late been subject to some strange occurrences. Some may even say … frightening … circumstances. Indeed, the things I have seen make me so very grateful for the inability of the human mind to truly understand our universe in all its vastness. We strive, in our small way, to know. We want to know everything, but we know merely a sliver, and should we ever expose ourselves to more, we may all go mad. 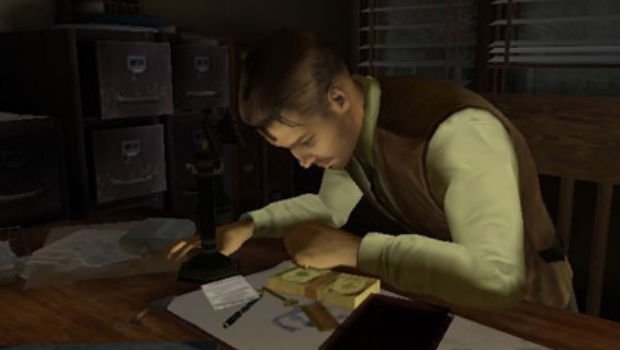 My knowledge of the thing began only yesterday with the death of my computer. It had always served me well, but it appeared its time was at an end. I thought it merely a simple result of time, the mortality of the machine a reflection of the end we must all face. How I wish I had remained under that suspicion, and toiled thusly in ignorance. No … it was ignorance that compelled me to press on. Ignorance that inspired me to seek truth. Ignorance that saw such terrible knowledge thrust upon me.

Unsatisfied with my initial belief, I decided instead to attempt to fix the computer. My machine is a hulking beast of monolithic proportions, tall and black, cast in cold black metal. I swung open its side panel like stone wrought doors pulled free of a mausoleum, and peered inside. What I saw was not the interior of any computer I knew, or even the one I had. I’d opened this thing countless times, looked within to tap on this or confirm that. On this day, however, I saw not the familiar boards and wires that greeted me in the past. It was … empty. Completely empty.

All except one thing.

The figure was between seven and eight inches in height, and of exquisitely artistic workmanship. It represented a monster of vaguely anthropoid outline, but with a woman-like head whose face looked like a woman, a feminine, womanly-looking body, women’s hands and feet, and some frightening objects I had never seen before on its chest. This thing, which seemed instinct with a fearsome and unnatural maternity, squatted evilly on a rectangular block or pedestal covered in what looked to be PS3 and Xbox 360 logos. The figure was horribly life-like, so alien in structure yet vaguely, unnervingly familiar. It was carved from some unknown material, greens and whites, with an unnatural coldness. Carved on its underside were two words.

Upon reading these words, my computer switched itself back on, seemingly unpowered, yet working as if it never had broken. If only that had been the end of it. I knew not then what I know now, of the terrible thing I had set into motion, but though my activities were performed in naivety, I still feel I must be punished for what I had done.

It is my fault. It is all my fault.

I did not know why I was chosen, why it was I who had to speak the black words and awaken the … the abomination. All that matters now is that I did.

Though unsettled, I thought to use the computer anyway, at least to research the origins of this unknown ornament of which I had possession. However, upon accessing the Internet, I was greeted only with one word — one terrible, awful word, that filled me with a dread so dark and so dismal, I fear to feel it again. Sarkeesian. Sarkeesian Sarkeesian Sarkeesian. As I read this word over and over, yet stranger things began to happen. The copy of Naruto Powerful Shippuden that was sitting on my desk began to emit a strange hissing noise, consistent with that of a kettle brought freshly to boil. It then began to crack, to twist, to snap violently on the desk as if crushed in the hand of some invisible being of considerable size. It contorted this way and that, writhing on the desk as if like a serpent in its death throes. It took less than a minute before it ground itself into dust.

“In her house at Y’outube dead Sarkeesian waits scamming.”

The message stood bold on my computer screen, typed not by me. Typed not by anyone. Yet there it was, clear as day and bold as brass. I heard more squealing hisses from the next room, but I remained fixed in my place, cold sweat running in rivulets from my brow and neck. I was possessed by a fear, an all consuming terror. A URL made itself known. A link I fear to share, lest I inflict this madness upon anybody else. So foolish I was, to not turn back now while I still had innocence left to claim. I accessed the URL anyway. I was taken to a website. This “Y’outube” of which the mysterious phrase spoke. There was a video there, Tropes vs. Women in Videogames. What blasphemy! Women? In Videogames? I almost gagged at the mere sight of such black and foul words tossed casually in the face of mankind and of God. God … I almost laugh at the mention of His name now.

Why did I watch it?

There exist no words in the English language adequate enough to describe what I saw, though I did not watch the thing in its entirety. To be exposed for the mere seconds I was had been more than enough, and I fear any more would reduce me to a gibbering wreckage of remains only human in appearance. A voice so horrifically unassuming. Arguments so disturbingly uncontroversial. This was a product of something cosmically beyond our pitiful grasp. We are as insects, facing the infinite. Please let me forget.

I had barely noticed the hissing around me grow to deafening proportions, but as I closed my browser with shaking hands, tears clouding my vision, the noise suddenly stopped. I weakly lifted myself from my seat, stumbled into my drawing room with all the grace of a village drunk, and witnessed an awful sight. All my videogames were gone. All my videogame consoles were missing. In their place, only dust. Only desiccated dirt. I had watched a video of a woman on the Internet … and now all my videogames were gone. Forever.

Heed this warning before it is too late for you. Do not seek the knowledge I so stupidly pursued. Do not hunt down that which will prey upon you. Do not watch a video of a woman on the Internet, because all of your videogames will be gone forever. That’s definitely how it works.

What has risen may sink, and what has sunk may rise. Loathsomeness waits and dreams in the deep, and political correctness spreads over the tottering cities of men. A time will come — but I must not and cannot think! Let me pray that, if I do not survive this blog post, my executors may put caution before audacity and see that Tropes vs. Women in Videogames meets no other eye.