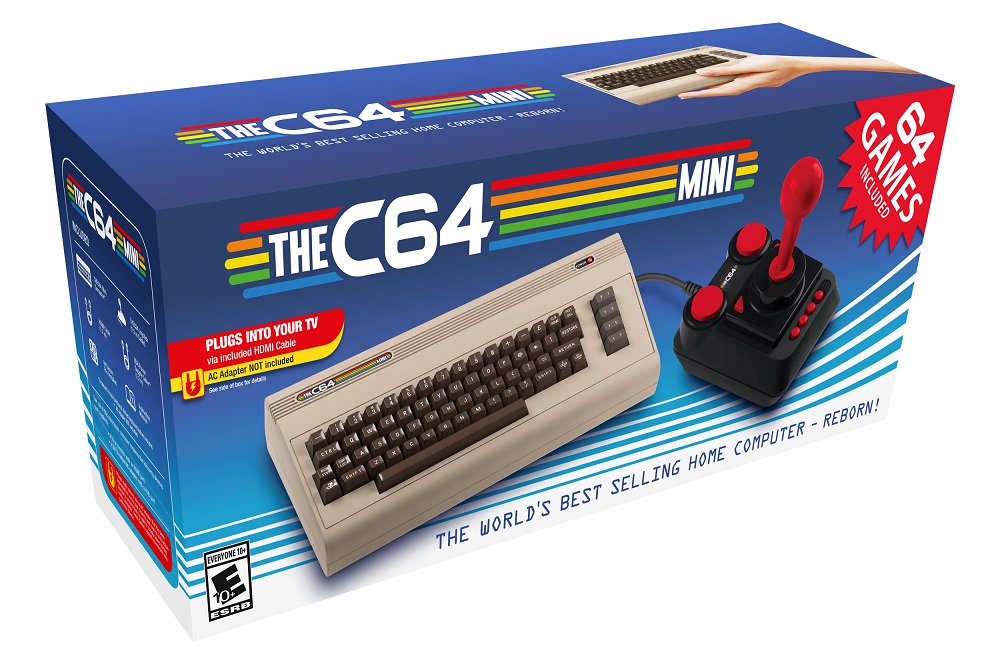 I didn’t have a Commodore 64 growing up, I had a ZX Spectrum +2. One of my best pals did have the C64 though, so between us we had the best of both worlds. He brought the ’70s aesthetic and tiresome multi-loading, I brought the monochrome graphics and constant crashing

For those who want to take a trip back to the halcyon days of the C64, then this funky little device might be just the ticket you need. The C64 Mini (stylised as “THEC64 Mini”) presents you with an officially licensed, half-size replica of the classic home computer, complete with a fully working version of C64 Basic and a USB joystick.

JUST CONNECT YOUR COMMODORE 64 TO YOUR TV VIA HDMI…

The Mini has a selection of options and filters. as well as a quicksave system – which we would’ve killed for in ’87 – and a second USB port for multiplayer action. (It should be noted that the keyboard itself is non-functional, and C64 Basic can only be utilised via an additional USB keyboard). Better yet, it’s possible to install your own – legally-obtained – roms to build your own personal library of retro joy.

The C64 Mini, already available in many countries worldwide, is expected to launch in North America October 9. Full details can be found at the official website.