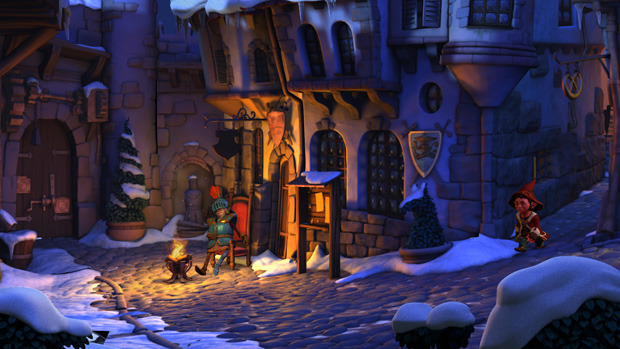 Here’s a video for you, too!

The Book of Unwritten Tales 2 is hitting Steam Early Access today. The sequel to the 2009 point-and-click adventure game was successfully funded via Kickstarter and looks just as charming as the original. I’m a huge fan of adventure games and I’m very impressed with the comeback the genre is making, so I hope we see many more quality titles like this one.

The original Book of Unwritten Tales was surprisingly accessible. The classic high fantasy scene is set with the Alliance locked in conflict with the malevolent Shadow Army, and while both factions are comprised of textbook stuff, the tale they’re involved in is actually engaging. I’m interested to see how the sequel plays out. Has anyone else given the series a look?