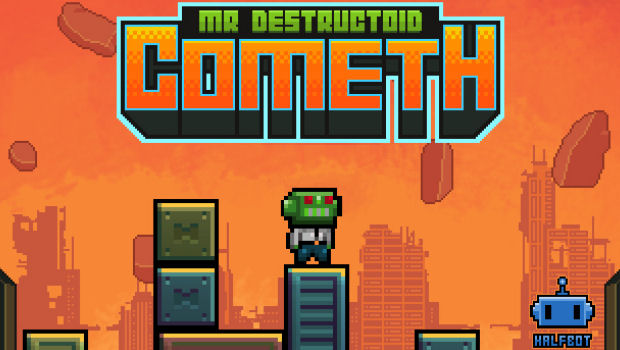 We’re pleased to announce that our very own Mr. Destructoid is appearing in the upcoming iPhone game, The Blocks Cometh, developed by Halfbot. That robot gets around, doesn’t he?

Halfbot included the character as thanks for our support when the game was stolen by EdisonGame and sold on iTunes without the original developer’s permission. Thanks to a joint effort by Destructoid and Reddit, Apple finally pulled the stolen game, allowing Halfbot to develop and publish an authentic version.

The Blocks Cometh should be ready for submittal next week and available for purchase soon after then. We’ll keep you posted. Until that time, check out Mr. D as he gets ready to take on The Blocks. He’s looking pretty SW33T!