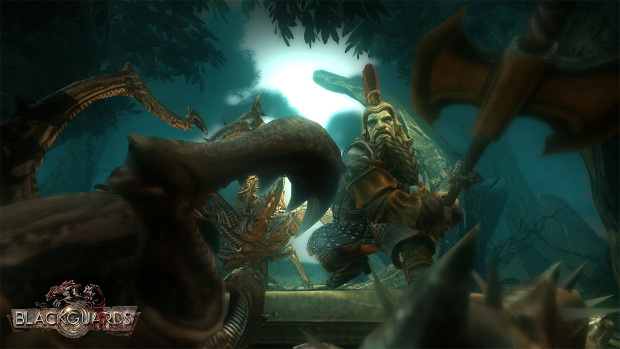 And they all sound lovely

Daedalic’s evil RPG Blackguards sounds like a bit of all right, with tactical combat and less than nice protagonists. Now the German developer is finally ready to spill the beans on exactly what’s up with these unpleasant folk.

There’s Takate, one time slave and gladiator, honed into the ultimate weapon. He’s cold and merciless, and has a bee in his bonnet in regards to the upper classes. Then there’s Niam, a drug addict and poacher. She’s a half-elf on the run from the law, but she’s not all bad, as she helped raise her sister.

Finally, there’s Master Urias, a heroic nobleman searching for his daughter’s killer. He sounds terrible. Daedalic’s describing these folk as sinister, but I don’t really see it. An ex-slave, poacher and a hero — how evil. The player character is just described as a murder “suspect,” which doesn’t really say very much. Hopefully there will be a more expansive cast with some right bastards, since this troupe seems a tad tame.