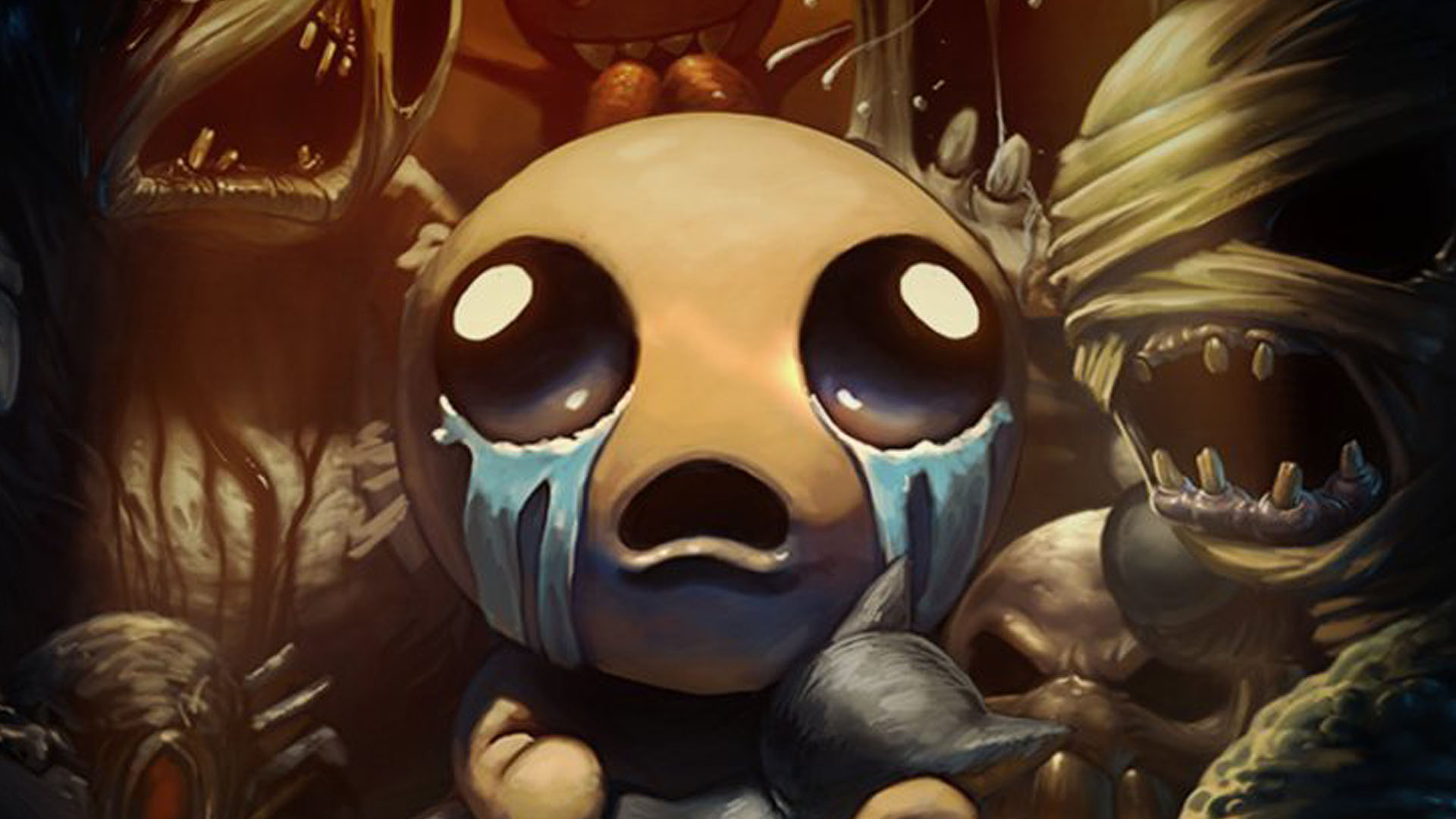 Edmund McMillen, the prolific indie dev behind Super Meat Boy and The Binding of Isaac, is taking his incredibly depressing game about childhood dread and translating it into a real-life card game. Called The Binding of Isaac: Four Souls, the venture is a collaboration between McMillen, his wife, and other Isaac fans. The goal is to closely translate the Isaac experience to a tabletop format.

I had a quick chat with McMillen about the game (with most of the audio being lost. Thanks, OBS!) and he laid out some of the general rules for how Four Souls will play. For starters, Four Souls will not be releasing in a digital format anytime soon. While it might technically be possible to create a digital variation, McMillen was pretty adamant that he wanted to get people together with this project. He stressed that there is just something about physical cards that will never translate to a PC game and he wants to retain that with Four Souls.

As for how the everything plays, it will be similar to a four-player match of Magic (McMillen even mentioned Commander, for those with card game knowledge). The ultimate goal is to collect four souls from boss enemies and successfully finish your turn to win the game. There are elements of diplomacy in effect that can see you create alliances with your friends or even screw them over. All characters will start with the same basic health and attack values but will carry perks unique to them (Isaac, for instance, starts with the D6 from the video game).

The general idea for turning this into a physical based card game came when McMillen was contacted by Studio71, a global media group, about producing merchandise based around The Binding of Isaac. McMillen was reluctant at first and even told me, “My thought was, ‘I’m not gonna let someone else touch this. This is mine.'” When he eventually started prototyping ideas for a physical card game, he got back in touch with them and they were eager to produce everything for him.

The game is launching with eight playable characters so as to cut down on redundant player types. McMillen said he had to rework characters like Eve since her perk from the video game (a bird that will damage enemies upon Eve taking damage) turned matches into a combat-heavy experience.

McMillen is hoping that everything will be ready for the end of the year. Once funding comes through from the Kickstarter campaign, it will simply be a matter of commissioning all of the card prints and packaging everything together. Most of the artwork is done and all of the character stats and descriptions are written out on placeholder index cards. Some playtesting will occur to make sure everything is balanced, but McMillen has been doing a lot of that with his friends for the past few months.

The biggest takeaway I got from my chat with him is that Four Souls seems to echo the same philosophy McMillen puts into all of his games. This is another reflection of his own life. The Binding of Isaac was about his childhood and growing up with religious dominance while Four Souls is about him wanting to get a change of pace from working in isolation on game code. The main idea is just to get people talking again, even if it is with a perpetually crying, naked baby.