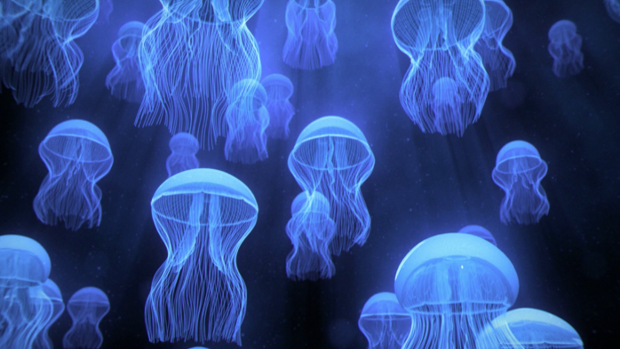 An underwater adventure, and potentially an MMO

I keep telling myself that the next time I see a Kickstarter from a team that developed a much-loved classic from my youth, I’ll try to contain my excitement. After all, my youth was quite a while ago. This is a promise that I consistently fail to keep.

Ecco the Dolphin was one of my favorite titles on the Mega Drive. It was a gorgeous adventure through the world’s oceans, and a disturbing race to save Ecco’s family from evil alien harvesters known as the Vortex, and now the team behind the classic are working on another aquatic adventure and are asking for $665,000 on Kickstarter.

The Big Blue is an action-adventure with a focus on exploration and puzzles where players will be able to control all the creatures of the ocean, including entire swarms of marine life. These underwater beasties can even be bred, and the underwater realm can be altered and populated with new life.

The plan is for The Big Blue to be a single-player experience, but if it gets 50 percent over the funding goal, multiplayer and cooperative elements will be developed. Should it get double the funding asked for, it will become an MMO in the vein of EVE Online.

The Big Blue is being developed for Mac, Windows, iOS, Android, with potential console ports down the line, and is set to come out in April, 2014.