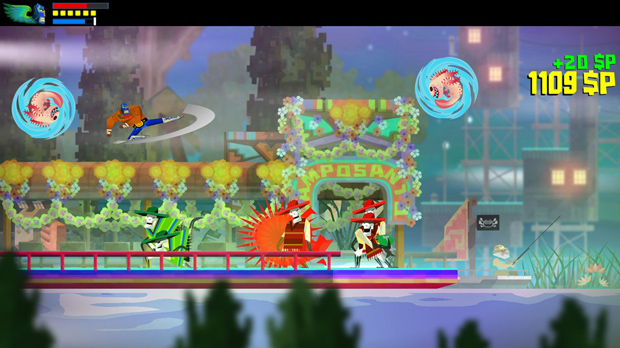 Now that the console releases are out of the way, DrinkBox Studios is bringing Guacamelee! Super Turbo Championship Edition to Steam on Thursday.

This expanded version of the hit action-platformer offers new areas, abilities, enemies, and another boss encounter, among other updates. If you haven’t yet played through Guacamelee!, it’s decidedly worth a look. Steam Workshop support for alternate costumes returns, as expected.

Those of you who own the original on Steam can upgrade to Super Turbo Championship Edition for $4.99 (66 percent off). For everyone else, it’s priced at $14.99 normally — but there will be a 10 percent discount available during launch. Be sure to bring a friend along for the ride.