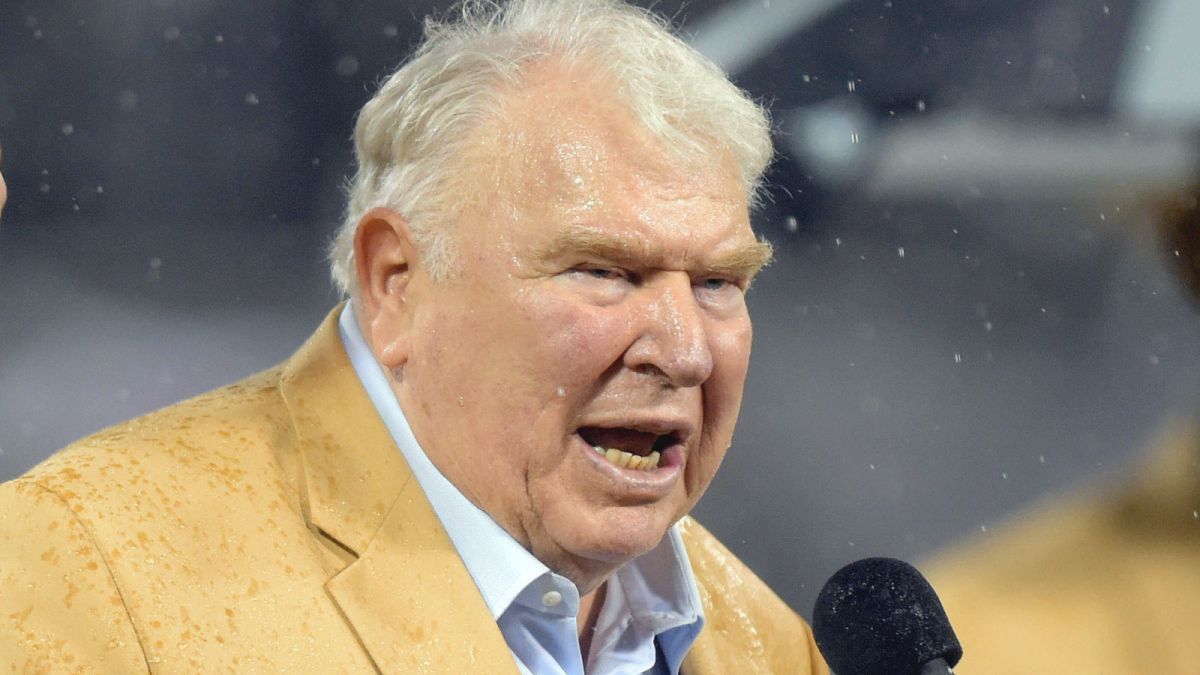 Rub on your titties

Before Sony used “Take Me Out” in that great, futile PSP campaign, Franz Ferdinand’s 2004 hit showed up in EA’s NFL football game, Madden. For the last 15 years or so, the series’ soundtracks have been filled with licensed music, an eclectic mix of rap and garage-feel alt rock, from both upcoming and popular artists. Madden 2003 was the first in the series to benefit from EA’s partnership with some major record labels, leading to a soundtrack with Andrew WK, Good Charlotte, and The Nappy Roots (albeit with a “rock remix” of “Awnaw” featuring early aughts relic and Christian metal band P.O.D.).

Madden 2004 is the fan favorite, more full than 2003, and more appropriately mixed to represent popular music at the time (especially among Madden players). Here we saw Blink-182 (“Feeling This”) bleed into Outkast (“Church”), Yellowcard open for Killer Mike, The Roots chase AFI. I tend to like half of Madden‘s music.

EA actually went three years with a house-made orchestral score (and some licensed music through stadium speakers only), but EA Trax returned to Madden in 2015’s Madden 2016. Just remember the series’ naming convention works like the new car racket. You can listen to this year’s (2017!) tunes on Spotify.

But the EA Trax era, and Coke-Classic-like return to it, overshadow the most important music moment in Madden history and the greatest video game theme song of all time, which happened 15 years ago with Madden 2002.

Yeeeahhh, rub on your titties.

There’s even a Tomb Raider reference! Pharoahe Monch is pretty great, but what the magic of YouTube’s autoplay did for me last weekend was remind me that Monch also performed the AMAZING Madden 2002 score. I had completely forgotten this song’s existence, and within 10 seconds I was singing along line-for-line to a song I hadn’t heard in 15 years. It’s like when my friend put on Alien: Resurrection, yanked the progress bar so that I saw only three still frames, and suddenly 18 years of successful repression was completely undone. I now remember fucking everything about Alien: Resurrection and I won’t be happy again until 2033.

Monch’s Madden 2002 is a good song. It’s got a good beat, a skilled rapper. What puts it over the top is its meta earnestness. It’s not just a main theme you can associate with the game it introduces. It’s a song about the Madden video games. Let me explain.

Unravel the world of John Madden 2002
Y’all playas need to switch up ya offensive patterns
Before they break from the huddle, I read their thoughts
Pharoahe Monch, hail mary, EA Sports

In the hands of an unskilled rapper this verse is an embarrassment. It looks like it was written by some failson scion whose father stuffed away in a marketing job. Make sure you say the name of the game and the developer as soon as possible. Oh, and let’s add some “football” “terms” in there as well. But this hail mary works.

Here we are name-checking a #branded difficulty setting and weighing in on the different types of playing surfaces. Can you imagine a Final Fantasy VII rap about slotting matera and changing the menu color?

I thirst for first downs, I burst through the middle
Jiggle a bit, give em’ some speed before they hit you
Who’s standing still at the end of two-minute drill
Who has the heart to win it all, who has the will

It might just be Monch’s consonance can make anything sound good.

Anyways I love this song, thanks for listening, and rub on your titties.