Terror in Resonance has been disappointing, but I keep watching it. Partly because it is very pretty (expensive), partly because every time I make pasta my roommate just puts it on and I groan and think, “Fine, I will watch.” The most recent episode finally gets at some things, at least.

Does Snowpiercer feel like a game because all games are surreal? – Steven Hansen

After I had watched Snowpiercer, I ran into a pocket of internet people referring to it as “basicallyBioShock the movie.” Naturally, I looked hard down my big, long nose at those people (because I am tall and strong), as a huge fan of Bong Joon-ho and as someone whose fiction awareness goes back further than 2007. I’d been waiting almost a year as the film sat in an editing bay waiting to be chopped up for US release (it wasn’t, thanks to its director).

This preserved the film’s careful structure. Exactly half of it takes place in sub-prole squalor, half in something out of a Terry Gilliam film. The contrast is stark, the message not subtle, following a tradition of classism coming under scrutiny by speculative fiction.

Father of the Wasteland: How to trust your fans and revive a classic – Alessandro Fillari

Two years after an enormously successful Kickstarter for Wasteland 2, [Brian Fargo and his development studio inXile Entertainment] are quickly approaching the time for its release. We were invited to meet Fargo during his press tour for the game. During our talk, we learned just how much inXile and the creator are putting on the line with this revival of a classic post-apocalyptic adventure.

I almost made the mistake of assuming [Last of Us‘ multiplayer] was tack-on. I almost wish I did. The disc has scarcely left my PS3 over the last year because of it. I’ve spent a lot of time with the multiplayer. More than I’m proud of, really. And in that time I’ve noticed some things — things that might help players suck less. And because I’m such a saint, I figured I’d share the fruits of my obsession with you, dear reader. 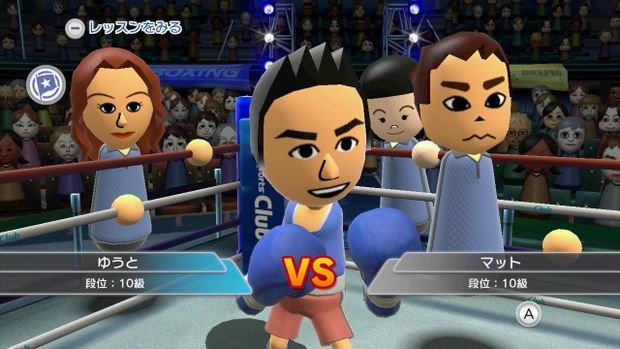 How would you feel if your online opponent was secretly a bot? – Jonathan Holmes

Wondering if my online experience with Wii Sports Club Boxing was “real” or not took me back to when The Blair Witch Project was first released. A lot of people who hadn’t researched the movie before going into it came out thinking it was “real” too. They thought the footage was all legit; that someone really edited together what a snuff film starring a witch and some dead college students and put it in theaters. When they found out later that is was all made up, some were impressed that the film had suspended their disbelief so effectively, while others were outraged that they were made to think that the movie was “better than it actually was”. This conversation ended up being more interesting than the movie itself, and probably did a lot to contribute to its financial success.

Do you refer to players online by their callsign or real name? – Chris Carter

The smaller the group is, the more likely I am to just use real names. When it’s just a few people over voice chat it’s easy to introduce yourself, especially if said players are close friends in real life. But over time, groups can grow and accommodate more players — or often times in MMOs, I’m dragged into a pick-up-group or another guild with a foreign TeamSpeak, Mumble, or Vent chatroom, where I don’t know anyone.

I want to allow that “min-maxing” your way through a game, focusing on efficiency, is fine, if you’re into that. That it’s not super boring. But then I would have had to listen to the people who told me not to roll Swordsman in Dark Souls II and I wouldn’t have been dual wielding swords like a very cool madman. Playing with the “best,” rightest characters means acknowledging Hope’s existence in Final Fantasy XIII instead of rolling Fang/Lightning/Vanille (or acknowledging Vaan’s existence in Final Fantasy XII instead of rolling Basch/Balthier/Fran/Ashe). I cannot abide by that.

Capcom is bringing a remaster of the Resident Evil remake for GameCube to current systems and that’s good news for folks like me, Brett, and Bill who missed out on it. But all of these re-releases of games that came out within the last couple years? We’re not so sure.

For this week’s episode of Hardline, the major topic of discussion was Electronic Arts’ new subscription service for Xbox One that offers full access to select games and discounts on digital DLC and full-game purchases for $4.99 per month, or $29.99 annually. Is it a good value, and if so, for who? Was Sony right to turn down the program?

We had a technical mishap mid-recording that threw off our audio-video synch, so no video episode this week. Sorry! Just imagine Steven looking stoned and everything will be okay.

How to correctly play Crypt of the NecroDancer – Patrick Hancock

I’ve been playing Crypt of the NecroDancer, and now I fancy myself a pretty amazing player. The game hits Steam’s Early Access program in just two days, and so I figured I’d impart my wisdom unto any new players who may be out there by making a hawt tipz video. 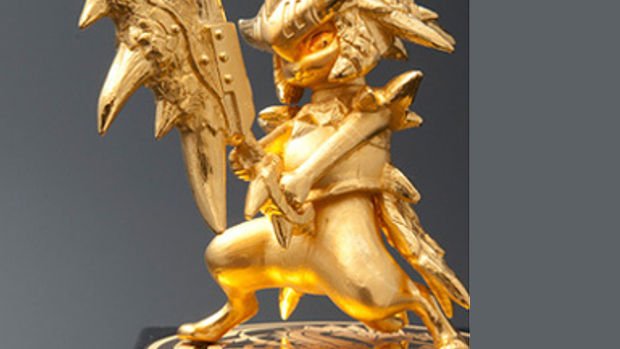 Does this $29,000 gold Monster Hunter statue have a lil dick? – Steven Hansen

Does it have a dick, though? We at the Destructoid virtual office thought it might. “does it…does it have a lil dick?” I asked.

Killing Floor 2 is showing in spades much of what made the original a success. Blood by the bucket is shown to stain the map for the duration of the match as players dismember genetic freaks every which way. Tripwire Interactive has revamped the Perk system, added a ton of animation variations, and even added some sweet little flourishes to melee weapons.

If this were all puzzle solving, exploration, and Pipe Mania hacking, the touch controls would be a completely viable option for the iOS port. However, in the hour I played, I struggled shooting things accurately, which is a big deal for a shooter. I killed things good, thanks in part to some bullet magnetism that took shots over the shoulder and counted them a couple inches left or right, but the precise tactility of first-person shooting is lost here.

Assassin’s Creed Rogue is in development by Ubisoft Sofia (with the usual collaboration across many other Ubisoft studios), and takes place during the Seven Years War in the mid-18th century.Rogue makes a return to the northeastern area of North America, particularly the North Atlantic, Appalachian River Valley, and New York.

Based on the name alone, Counter-Strike Nexon: Zombies doesn’t sound like a legitimate, officially-licensed game, but it is. Valve’s okay with it! And, actually it’s not too far-fetched when you recall that Nexon is responsible for the free-to-play Counter-Strike Online in Asia.