This is what makes you beautiful, 1D

It’s 2015. It’s an age of sexiness and carelessness, a time when Snapchat and Tinder are far more popular than table etiquette apps (much to my chagrin). Yet, this blasted Internet webpage is writing about decidedly unsexy topics like Arizona. Is our target audience residents of retirement homes and scorpion-sting medical wards? No. God no.

I think it’s time we freshen things up around here. According to Twitter (hey, I’m hip enough to tweet), One Direction is quite the popular topic these days. All the teens are constantly concerned with Liam’s, ummm, “endowment,” and how all sex is bad unless it’s with Harry.

After perusing the band’s Wikipedia page for two minutes, I got to wondering. What if 1D (that’s what the kids call them) is really singing some well-veiled gaming anthems? Sure, on the surface, the songs may appear to be ballads crooning to the loves of their lives that week, but I’m pretty sure the love of their lives for forever is gaming.

These are the top One Direction songs that describe indescribable gaming moments, and it’s definitely not a reach at tricking people on search engines. Definitely not. 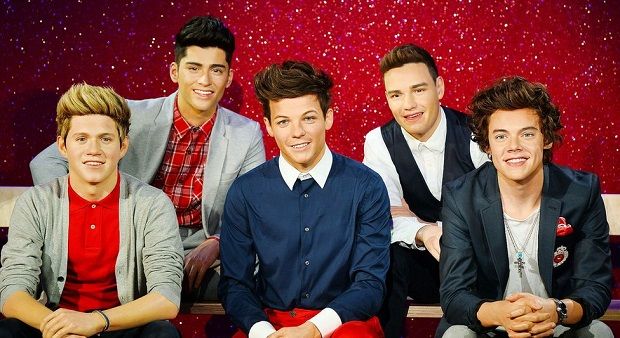 Right off One Direction’s debut album, the quintet couldn’t contain their affection for late-night gaming at a buddy’s house. “It feels like we’ve been livin’ in fast forward, another moment passing by,” they say. You know, that feeling when you start up a new game and time somehow skips ahead eight hours. That’s such a great emotion.

But, they continue “I wanna stay up all night, and jump around until we see the sun…Hold on to the feeling, and don’t let it go.” If there were ever any doubt that this is about a gaming-fueled sleepless slumber party, I think all the evidence is right there. Then they sing “Up all night, like this, all night, hey” over and over because they’re not the world’s greatest poets.

This one’s similar to the previous entry, yet so thematically different. Whereas “Up All Night” deals with the company of others, “Live While We’re Young” touches on that memorable moment when you bring a new console home. Almost the entirety of the chorus practically spells it out in black and white.

“Let’s go crazy, crazy, crazy ’till we see the sun. I know we only met, but let’s pretend it’s love, and never, never, never stop for anyone. Tonight let’s get some and live while we’re young.” Everyone knows that feeling, One Direction; you’re not alone. You and your new console may be near strangers, but you just want to spend the rest of your life together. You block the rest of the world out. It’s like life means something again. Well put, 1D. 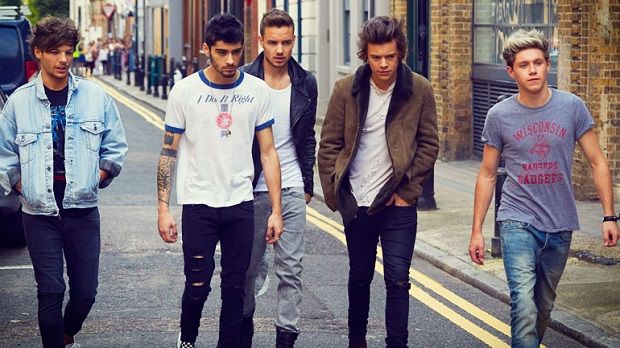 “Kiss Me” is more personal than One Direction’s other forays into the gaming world. It quite obviously details a passionate, intimate experience shared with an Xbox 360. It covertly describes that unreal connection the first time blue eyes and green lights meet. It’s about softly kissing the console’s side as the overworked processor pumps hot air on your neck. And, its raw emotion conveys the thrilling sense of danger when you first get your tongue stuck in the disc tray.

I have to say, though: One Direction did a good job of dressing this one up like they’re kissing a lady. We’re savvy enough to see through that.

I think we can all agree that there’s nothing better than some local cooperative videogame playin’. One Direction’s of that opinion, too — so much so that they even wrote a song about it! Wow!

“You and I…We can make it ’til the end. Nothing can come between you and I.” Well said, 1D. It really conveys that sense of solidarity when you’re plugging away at Contra or Teenage Mutant Ninja Turtles: The Arcade Game with a friend. Your drive for success is equal parts desire for victory and wanting to not let your partner down. That’s a really special bond.

Everyone’s favorite band wants Half-Life 3 just as badly as we do. “One day you’ll come into my world and say it all…I want you here with me like how I pictured it, so I don’t have to keep imagining.” Some day, One Direction. Some day.