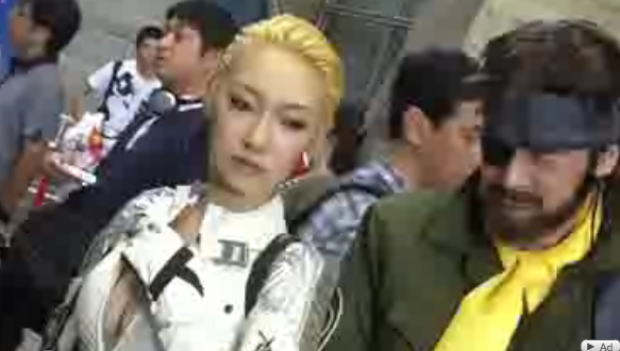 Here’s the second half of our look at the cosplayers and crossplayers of TGS, as edited by the lovely and talented Dale North.

I forgot how crowded this whole scene was. All the cosplayers were gathered outside, in-between halls, backed in a little lot. The scene was so over stimulating, and awesome. There was a lot more where this came from, but my battery died, and it didn’t recharge until the show was pretty much over. I did get a few more shots (like female Raiden) as the show was wrapping up, but I still missed a lot.

Ah well, there’s always next year. I hope Piplup guy is back. He’s a God in my mind. Also, thanks to the guy who yelled “S’up Sagat!” at me as I walked by. We stuck you in the video. I hope that’s OK. I presume you have a penis, so I probably didn’t break any Japanese laws there, but you can never be too sure.