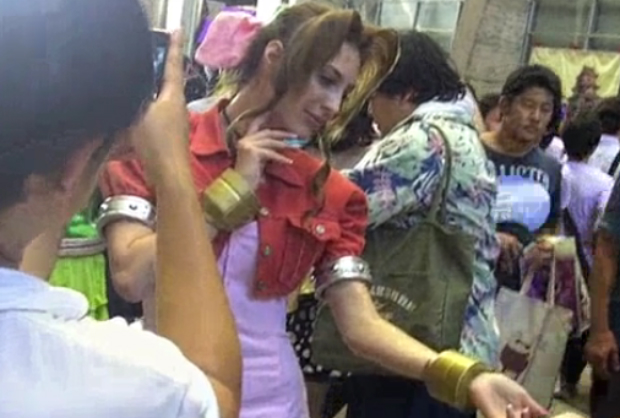 Here’s the first in a two part TGS cosplay spectacular, edited by Mr. Dale North. Thanks again, Dale. These videos were brutal to cut together. I think there were over 200 clips in all, hence the two videos.

The amount off cosplay on display here is astounding. There’s also a fair share of crossplay (cross-dress costume play) as well, which I think is awesome. It takes a lot off guts to go out in public dressed as your favorite videogame character. It takes even more guts to do so while busting some gender norms while you’re at it.

My hat’s off to you, cosplayers and crossplayers of the world. You are fantastic. Especially you, Air Man.