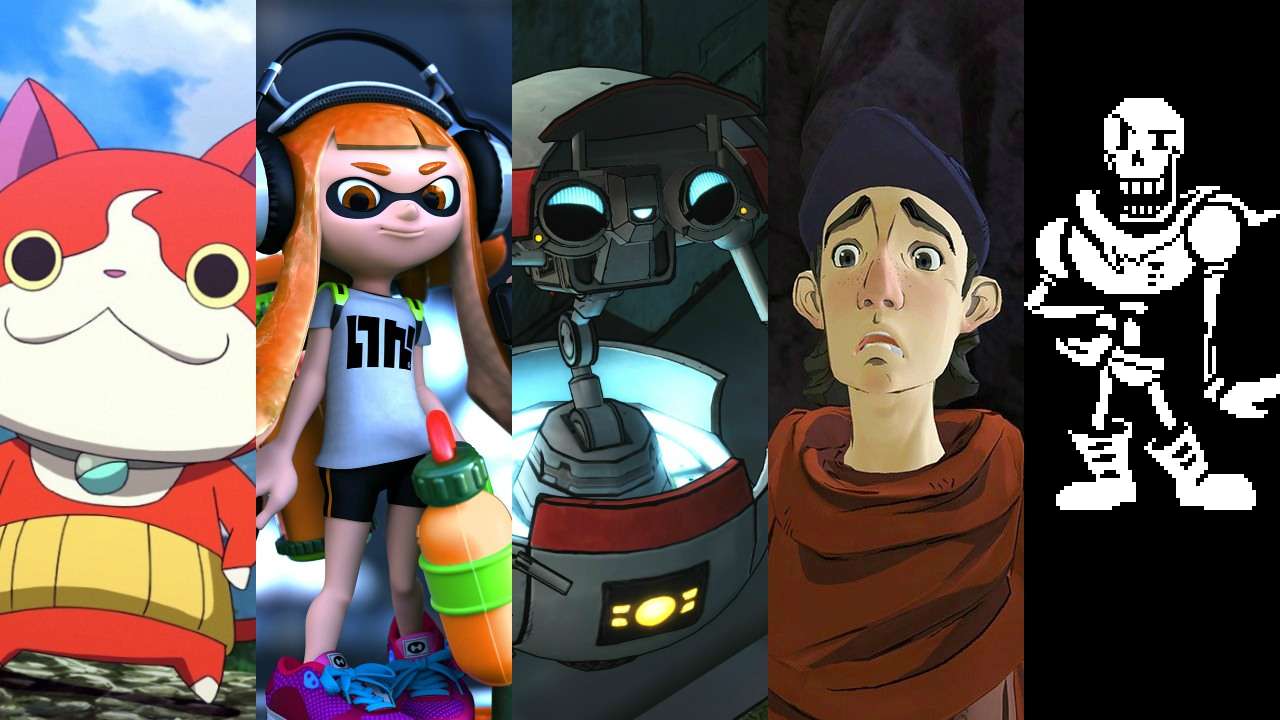 Very excited to meet you!

Video games have a fair share of legendary heroes. They’ve been around for years and their stories have spanned generations (of both consoles and humans). They are household names: Mario, Sonic, Master Chief, Solid Snake. This post is not about them.

No, the characters here don’t have a legacy to fall back on. They were introduced this year and managed to capture our hearts through wit, charm, and general badassness alone. These are the best new characters of 2015. 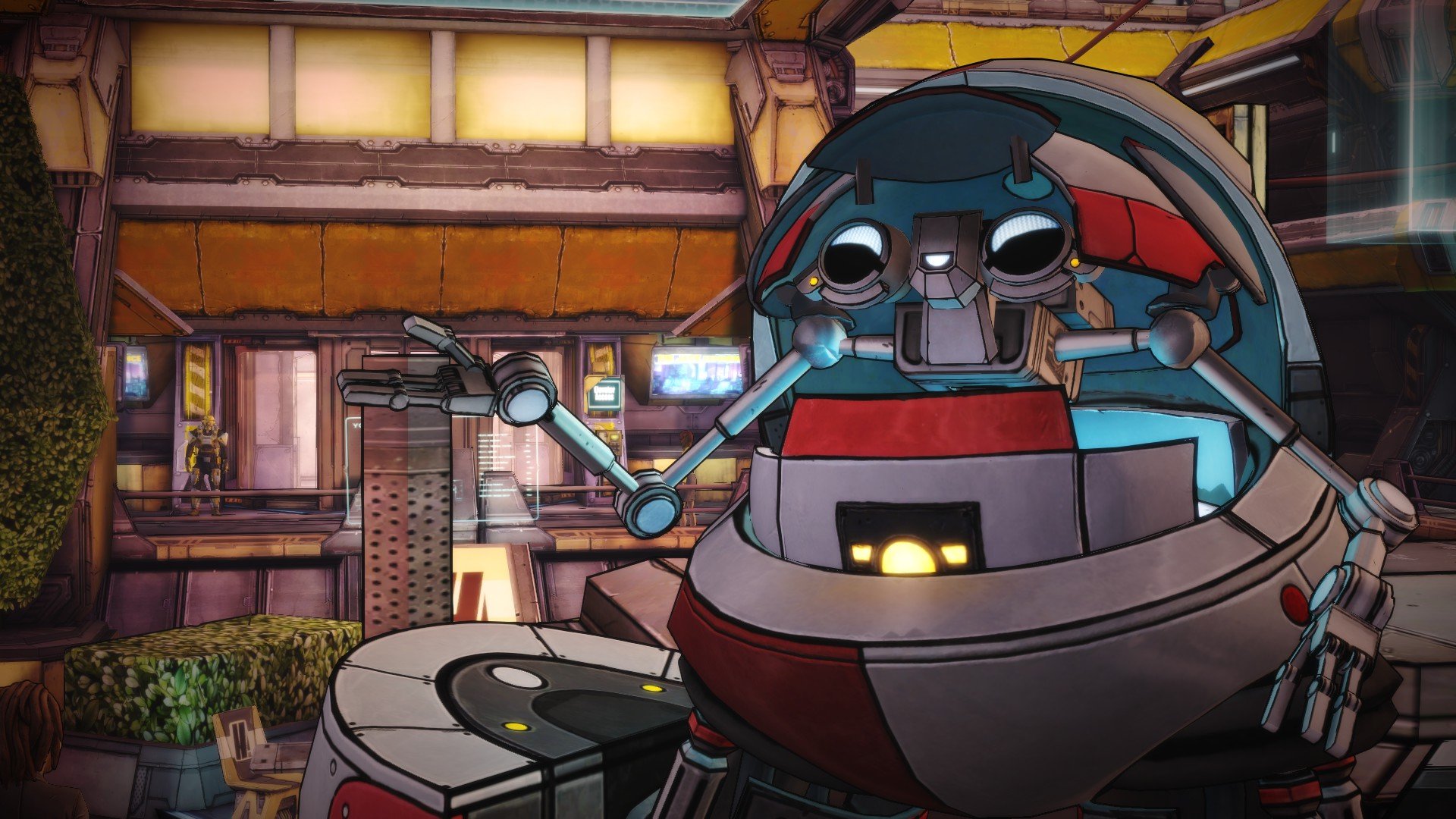 Tales from the Borderlands: Gortys

I didn’t know it before, but Gortys was exactly what the Borderlands universe needed. Apart from its particular brand of humor, the series is known for its pessimistic world, where if the indigenous wildlife doesn’t kill you, the local bandits will. Countless people live on Pandora and just about everybody hates it. Everybody except Gortys.

Gortys’s unrelenting enthusiasm is so out of place it highlights just how absurd this world is, after three previous games have numbed players to its oppression. Voice actor Ashley Johnson is perfect in the role, delivering Gortys’s unbridled joy and naivete, along with some of the best lines out of the whole cast.

My favorite line in the entire series is down a particular dialogue branch; I didn’t even hear it the first time playing through. As Gortys is trying to convince a corpse to get moving, Fiona and Rhys explain that he’s dead. Gortys gets a sad look on their face, then the protagonists elaborate that the dead man was very bad. Without missing a beat, she perks up, says “Oh, well then good riddance!” and scoots away. I almost fell out of my chair laughing. 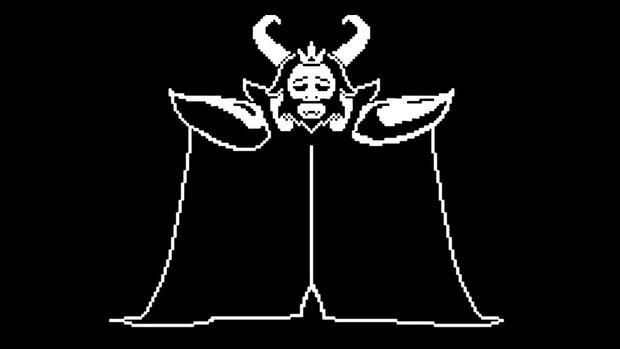 The entire cast of Toby Fox’s runaway success Undertale could’ve made this list, as the entire game is full of interesting and memorable characters. From the skeleton brothers Papyrus and Sans and the awesome fish soldier Undyne, to Alphys the massive weeaboo, the list goes on and on with fantastic monsters to encounter and potentially befriend. However, I don’t think any of them are anywhere near as endearing, tragic, or adorable as King Asgore Dreemurr.

Asgore both stole and broke my heart. Originally made out to be an unstoppable, terrifying force who will rip you limb from limb, over the course of the game the various citizens of the underground fill you in on how wonderful he is. He loves making cups of tea and tending to his garden, and each Christmas he’ll dress up as Santa and leave gifts for the monster children of Snowdin village. Not to mention one of his favourite jumpers is a knitted pink one with ‘Mr. Dad Guy’ written on it, and if that doesn’t make Asgore utter perfection, then I don’t know what does.

Finding out how lovely King Fluffybuns is only served to destroy me at the conclusion of the game. I’ll avoid specifics because of them being major spoilers, but Asgore is a truly lovable but incredibly emotionally damaged man put into a horrible situation where anything he does will result in causing suffering to a lot of people. What he’s done is truly evil, and while he thinks his actions were necessary, it doesn’t make them any easier for him to come to terms with.

I really, really love Asgore. He’s friendly, likable, and kind, yet he’s also one of the most conflicted and multi-dimensional characters in the whole game. Interacting with him and learning more about him as I progressed through Undertale is easily one of the biggest emotional gut-punches I’ve had this year from a game. But for King Goatdad? Totally worth it. 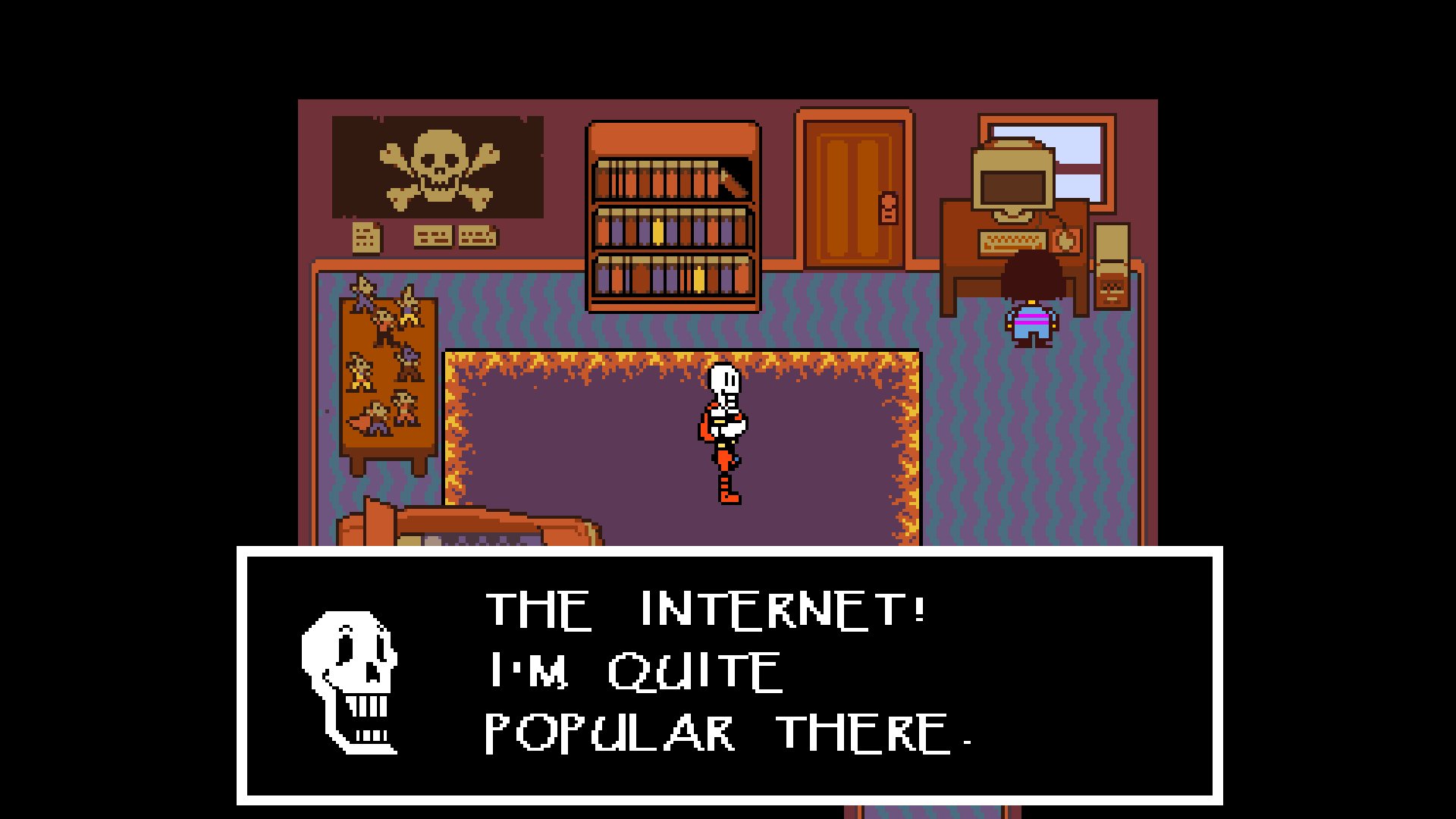 Papyrus is basically the best.

…What? You want to know more? I mean, it should be pretty obvious why he’s so great. But if you really want the specifics, here are a few pieces of trivia about our neat skeleton friend.

– He likes to say, “Nyeh heh heh!”
– He’s a member of the highly esteemed Royal Guard! …well, not yet. But someday he might be!
– He’s really good at making spaghetti. It’s practically edible!
– He’s very cool and strong. Just check out this picture of his sunglasses. And his biceps. And his biceps’ sunglasses.
– He has really high standards when it comes to dating. Potential dates must have, AT MINIMUM, zero redeeming qualities.
– He dabs only the finest MTT-brand Beauty Yogurt behind his ears. Wait… you’re saying he doesn’t have ears?!
– He’s always prepared. In fact, you can’t spell “prepared” without several letters from his name!
– He has the greatest theme song.

I could go on, but you get the idea. Papyrus is simply a cool dude and a great friend. Just ask his brother, Sans! 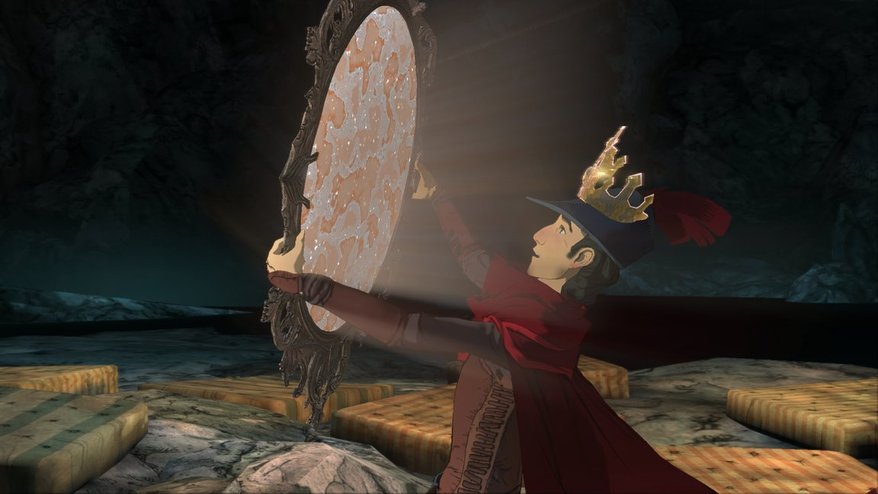 Okay so he’s not entirely “new,” and he isn’t even a proper king in the first episode, but the updated characterization of Graham really made me fall in love with The Odd Gentlemen’s new take on the series. As one part Guybrush Threepwood and two parts lovable scamp, you can feel his unbridled enthusiasm for the adventure through the screen.

The storybook style framing only augments the character, as the always wonderful Christopher Lloyd does a great job of playing the older version of Graham, re-telling his tales to his granddaughter. It’s adorable, and although narrative techniques tend to overstay their welcome, Lloyd plays it off with such panache that you won’t get mad at a death, because it’s met with a chuckle and a pun.

Although I’d love to see his son Alexander take on the series in the future, this one of the better reboots in recent memory. 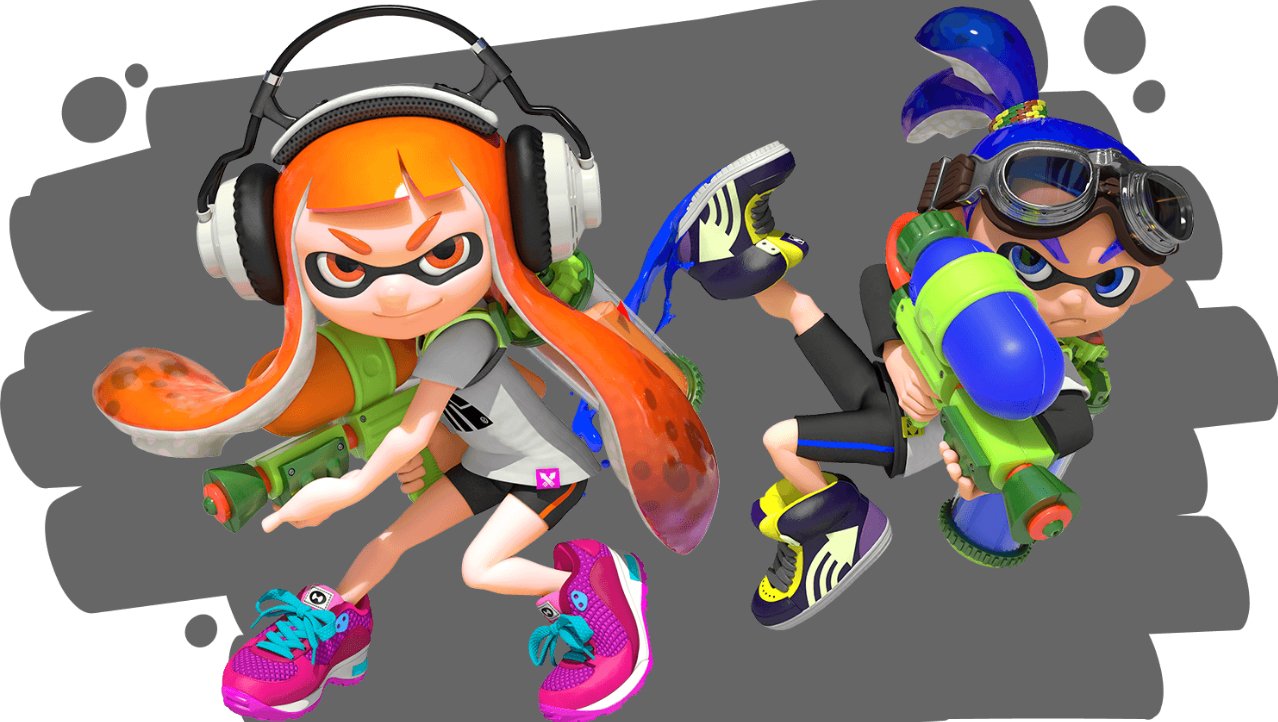 Splatoon: All the Inklings

It would be fair to criticize me for not singling out one specific character for this article, like one of the Squid Sisters or the default “Inkling girl” as she appears in most of Splatoon‘s promotional art, but that wouldn’t be honest. The truth is, the concept of the entire Inkling species and what it represents is my favorite video game character of 2015. The way Inkling culture revolves around the seamless combination of style worship with competitive social cliques is such a fun adaptation of teenage life. Even the physical makeup of the Inkling is feels teenage — mushy and unstable, stuck between baby-cute and grown-up-tough, not quite one thing or the other.

Most teenagers will tell you that depending on what social environment they’ve been thrust into at the moment, it may be smarter for them to show their true colors or just hide in the ink until they’re less likely to be torn apart by their enemies. They may not actually use the word “ink” when describing that scenario, but the underlying feeling remains the same. When it comes to tying visual design, gameplay mechanics, and surrounding lore into central, cohesive metaphor for the teenage experience, the Inkling is about as perfect as it gets. 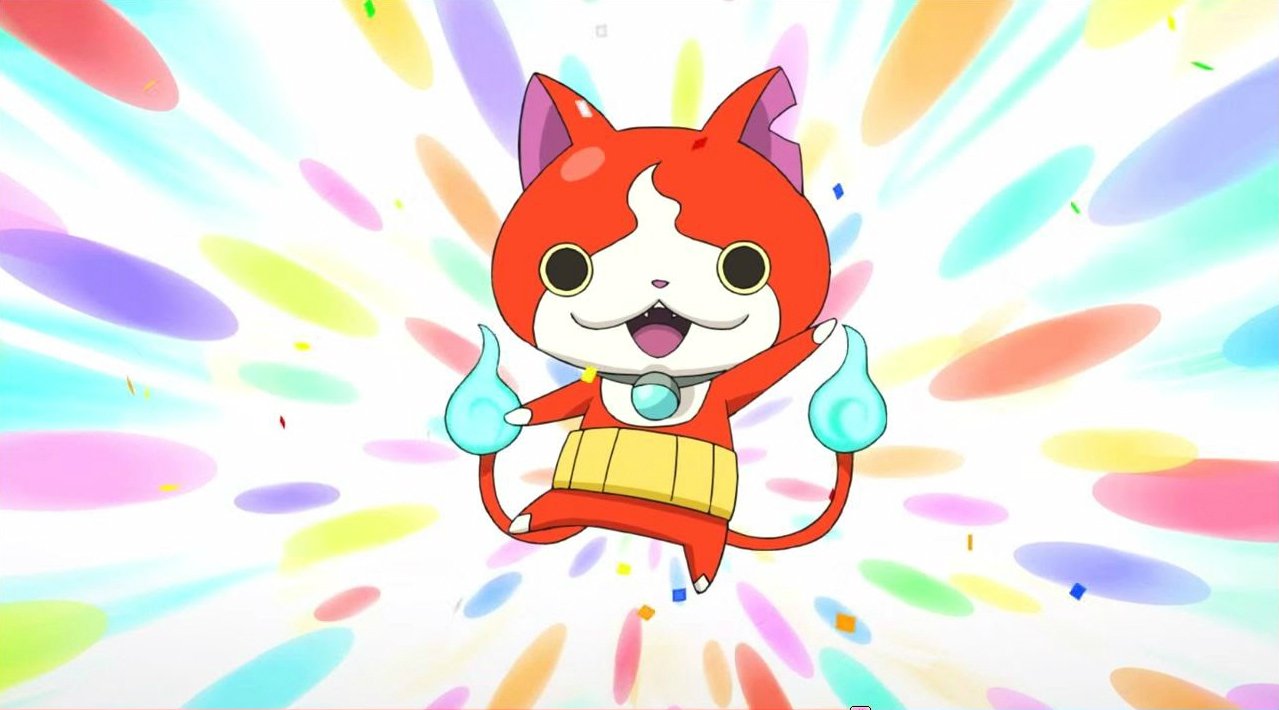 When you first come across Jibanyan he is waiting on his owner while attempting to beat up passing cars at the very intersection where his physical life was ended by them. After a brief chat Jibanyan tells you how his prized possession, a picture of his owner, was taken by some local Yo-Kai bullies. Once the bullies have been taught a lesson and the picture returned, Jibanyan joins your side with his fierce but adorable Paws of Fury.

There hasn’t been a ghost this awesome since Patrick Swayze, nor a living dead cat this feisty since Pet Sematary.