Gaming moms to put on a pedestal

(SPOILER WARNING: The last two entries in this list get a bit spoilery for Yakuza 6 and God of War, proceed at your own risk.)

Last week I served up a list of some of the worst mothers in video game history. Bad moms are pretty easy to pluck out of this medium of entertainment since they’re so infrequently depicted in a positive light. That being said, it wouldn’t be right to let this Mother’s Day go by without also compiling a list of some of the best moms video games have to offer.

Full disclosure: a few of the moms that came to mind for this particular list are from pretty recent titles. That being said, there are some spoilers for both God of War and Yakuza 6 towards the bottom of this list so proceed at your own risk. 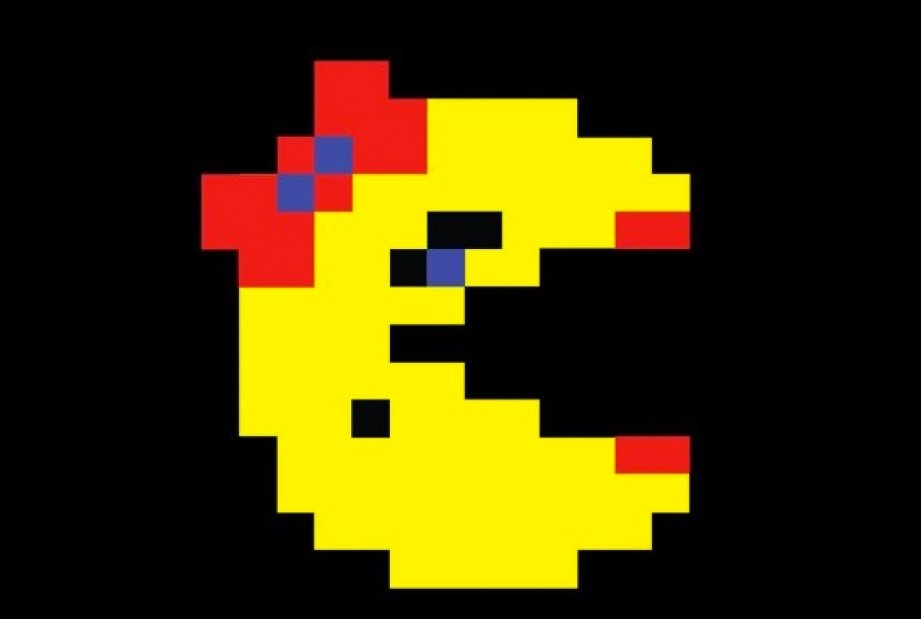 There are two things I love about Ms. Pac-Man. For one, her game is far superior to the original, boasting more difficult and better-designed levels. But she’s also a kick-ass mom. I’ll be the first to admit she moves a little fast after all the stork is delivering Baby-Pac by the games third intermission. That’s only one stage after falling for old Pac-Man.

To be entirely fair I have no idea how time works in the Pac-Man canon. What I do know that while there aren’t too many examples of Ms. Pac-Man directly parenting in her game, she is one of the most recognizable leading ladies in games. That, coupled with her love for Baby-Pac, earns her a spot on my list. 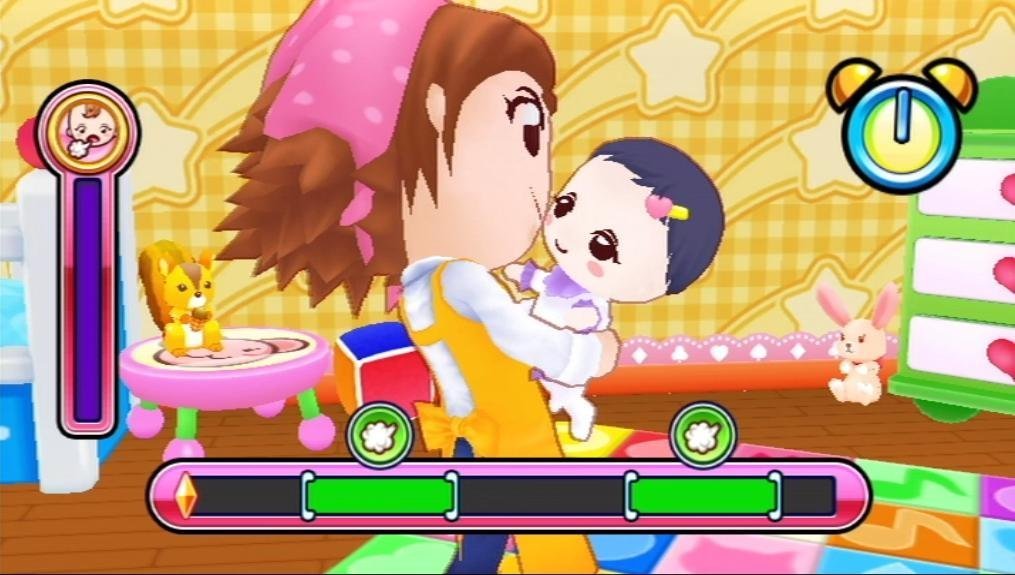 Few things are more important than supporting your kids, and there’s no mother more supportive than Cooking Mama. I’m an adult man and I know I can chop an onion, but it still feels pretty great when Mama pats you on the back for it. You can’t help but feel all warm and fuzzy inside when you hear the phrase “Better than Mama!” 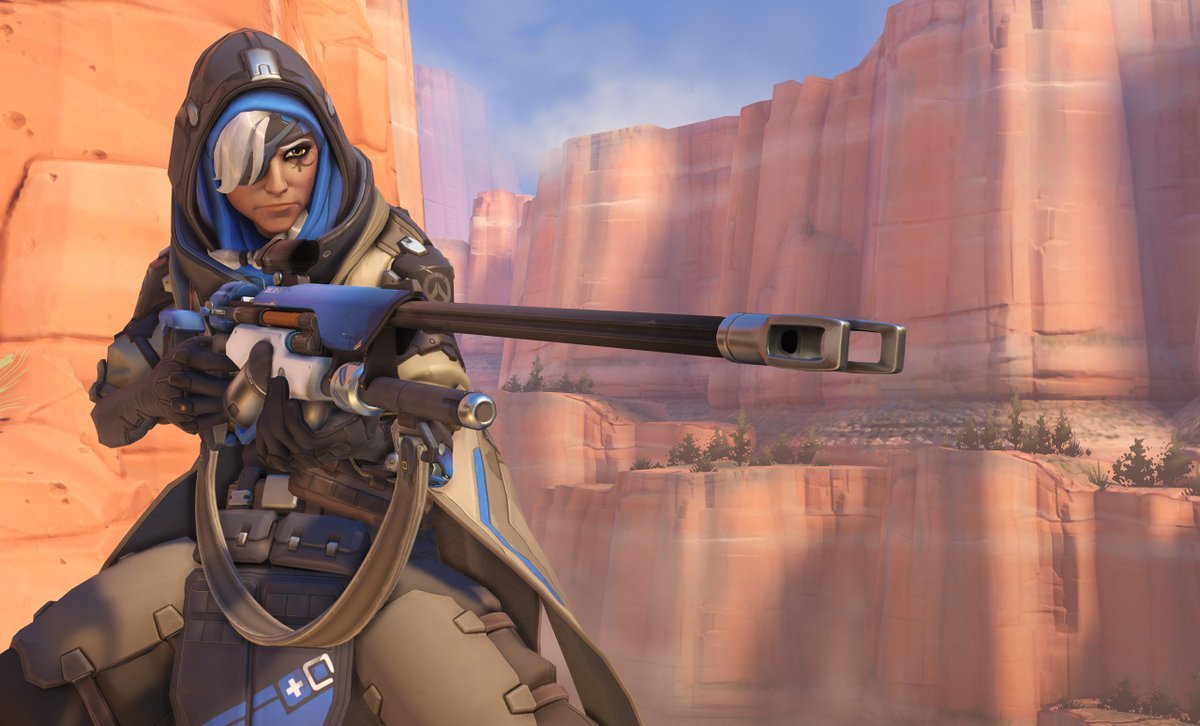 Most Overwatch lore is given to us via comics. Through this, we know Ana was a big part of Pharah’s life until she one day left. Eventually she would return, and I think the game makes it pretty clear they have a good relationship.

There are a few sprays of Ana holding her infant daughter, and she manages to remain a pretty active parent all while operating as an agent of Overwatch. 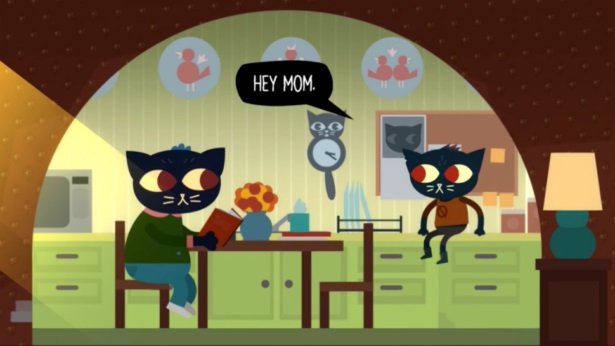 Candy Borowski ( Night in the Woods)

Night in the Woods is one of my favorite games of last year; an experience entirely driven by its strong characters. Candy is protagonist Mae’s mom, and her greatest attribute is merely being a pretty typical mother figure. She’s supportive of her daughter though she clearly worries about the college dropout’s choices. She does her best to offer advice to Mae without overstepping her boundaries.

As a teenager or a 20 something, the last person you’re typically willing to listen to is your mother, but Night in the Woods does a great job of showing off that sort of relationship without making it look too forced. Candy is also an anthropomorphic cat, which is always fun. 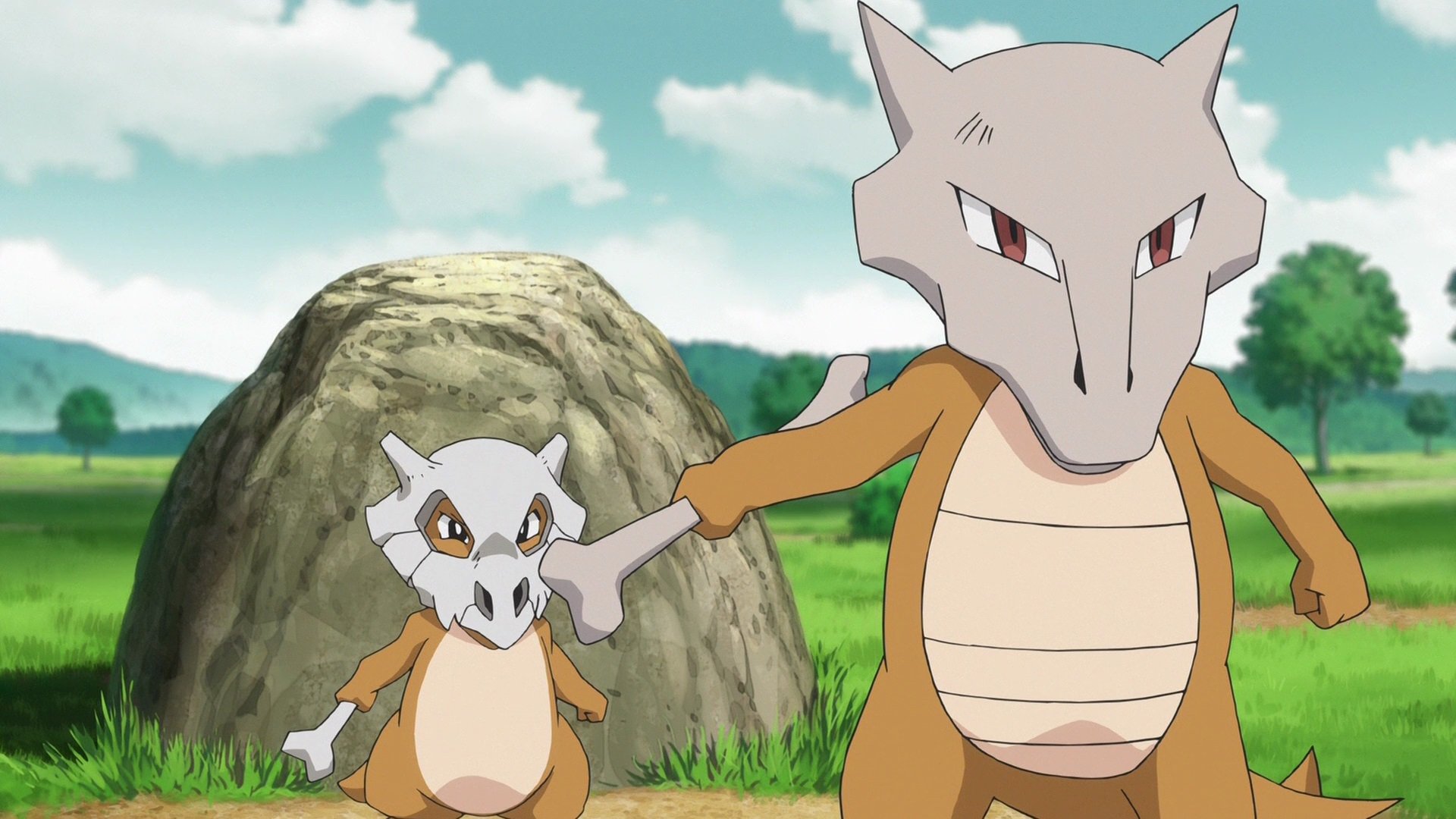 The trip to Lavender Town is one of the stranger parts of the original Pokémon games in no small part because of your encounter with the ghost of Marrowak. The restless spirit will do whatever it takes to protect her child even from the afterlife. She passes on peacefully after you battle her, but poor little Cubone will never recover. 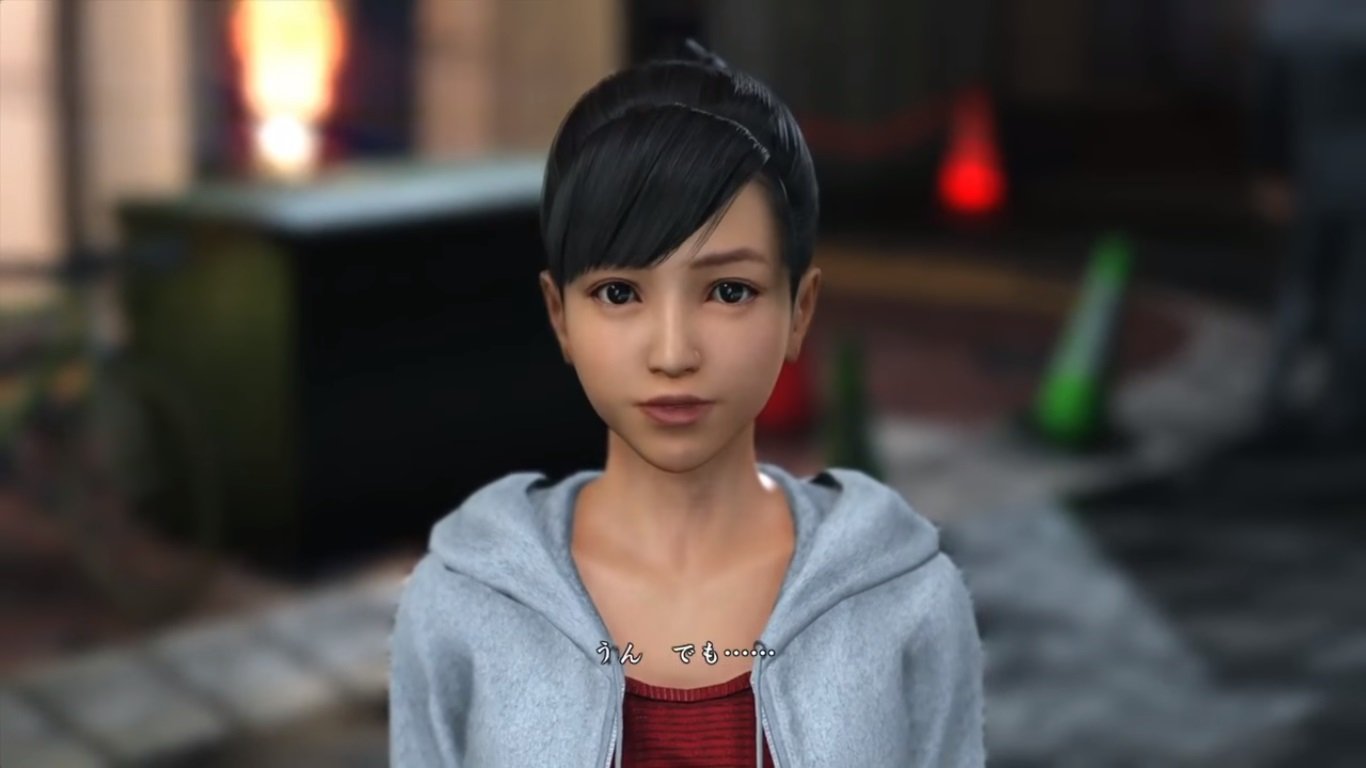 Haruka Sawamura is the child of Yakuza protagonist Kiryu Kazuma’s first love Yumi. After her mother’s passing Kiryu raises her as if she were his own and Kiryu’s caring dad personality clearly rubbed off on her.

The main plot of Yakuza 6 kicks off with Kiryu discovering Haruka is in a coma following a hit and run. While this event in itself is pretty traumatic, it leaves Kiryu with a mission to figure out who the father of Haruka’s child is. While Kiryu was off in prison, it turns out Haruka gave birth to a son, Haruto.

We don’t get to see Haruka spend much time with her child during the game, but she took the full force of a speeding car while swaddling and protecting her child. That sort of protective instinct makes her a pretty amazing mother. 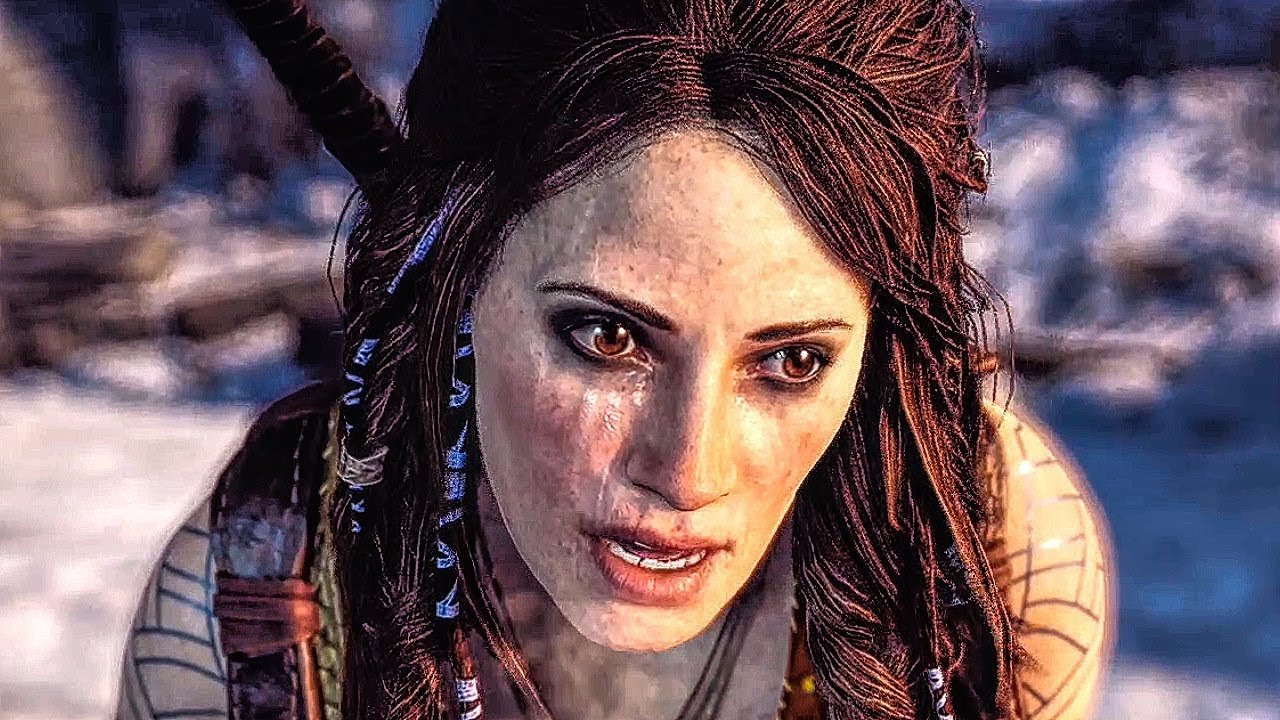 I know. This game just came out, but I warned you in the lede things would get a bit spoilery. I won’t blame you for bailing if you choose to skip down to the comments while you’ve got the chance.

Now, if you’re still reading it must mean you’ve played God of War or simply don’t care about having a plot point ruined. Either way, let’s talk about Freya. Odin’s estranged wife is one of the more tragic characters in God of war. An ally to Kratos and Atreus and mother to Baldur who relentlessly pursues the pair.

Baldur isn’t particularly fond of his mom. She did make it so he can’t be hurt, something he views as a curse that she did out of a desire to protect her son. He threatens her life, but still, she does everything in her power to stop Kratos from hurting her son. She’s a tragic figure and a mother more than willing to make the ultimate sacrifice for her child.

If you made it all the way to the bottom of this go call your mom. This only comes once a year and letting her know she’s on your mind is literally the least you could do. Also, feel free to let me know about all the great game moms I missed since this list hardly scratches the surface.